Policies advanced on use of body cameras 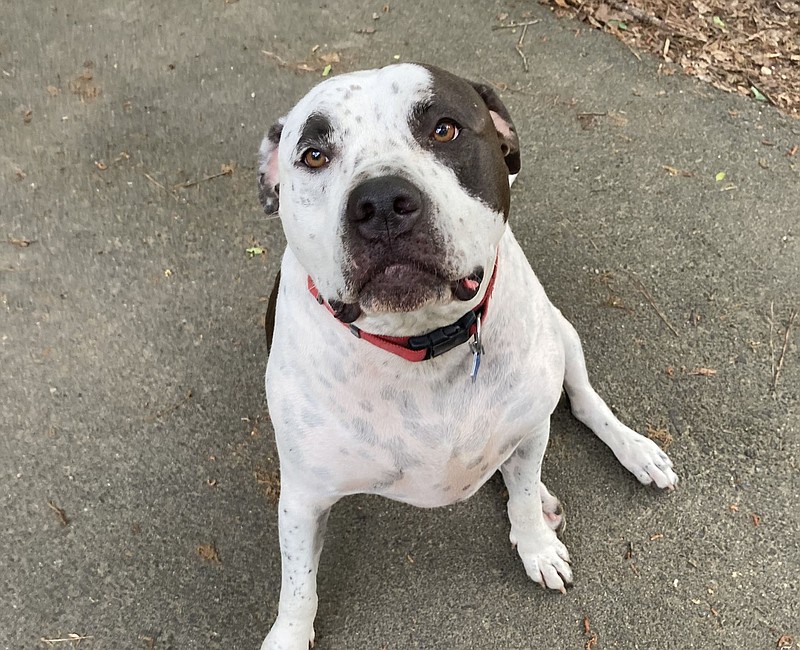 Officials in Pine Bluff are working on new regulations for the conduct of animal control officers. Shown here is Pepper, who's a good boy. (Pine Bluff Commercial/Byron Tate)

Director Marcus Graydon said he is trying to get the department up to better standards by having these policies implemented.

"There's not really anything in place for it right now," Graydon said. "If we do have to use a little bit of force we want to be backed up by what we can and cannot do."

His officers can only exert the minimum amount of force necessary to protect themselves and third parties from bodily injury or imminent threat of bodily injury, the policy states. "Use of Force" applies to city-issued equipment and other items that could be used as a weapon.

Approved equipment includes a tactical baton, where only nonlethal areas may be struck unless additional force is justified for self-defense of the officer or a third party, and pepper spray.

Pepper spray should be discharged in two one-second bursts directed towards the eyes of the intended subject. No more than four one-second bursts may be fired directly into the eyes unless the animal control officer is in immediate danger of serious injury or death, according to the policy.

"The only time we are to use those things is if we are retreating and they are coming towards us," the director said. "There's no other option to do it."

Should an officer have reason to believe that an interaction with a member of the public might be potentially violent, the policy instructs the officer to contact the police department and request to be accompanied by a police officer to monitor the interaction and intervene if necessary. Deferring to the police regarding the use of force is the preferred alternative when an officer is available.

Consistent with department policy, video should be made of all interaction with the public in the exercise of official duties.

Audio and video cameras are already in use in the public lobby area within the shelter. Animal control officers who respond in the field will be provided body-worn video cameras to record interactions with residents in public areas outside the shelter.

"I want them to get accustomed to using them because we want to make sure if they aren't using them, what the consequences could be," he said. "Every call, even if you're just going to set up a trap,you never know what you may run into."

To have a video consistent with policy officer volunteers have been wearing body cameras on a trial basis.

When the animal control officer arrives at a call, the policy states the body camera should be turned on and the officer is then to announce his location. The recording device should not be turned off until the officer returns to the truck and clears the call.

"The volunteers bought some off of Amazon just to see exactly how they would be beneficial to us," said Graydon, who added that the devices have been used for five months. "They are actually being beneficial to us in many ways because we get to actually see what we've done and how we can get better going on calls and just better protecting ourselves."

The goals are to enhance officer safety, provide accountability, reduce complaints of officer misconduct and improve the public's perception of officer duties, the policy states.

The devices also will be evidence-collection tools that will result in savings related to court costs and overtime pay for officers who have to appear in court when citations are disputed. As well, the body cameras will reduce the time spent on internal investigations to either dispute or substantiate complaints against officers.

Finally, recording devices will act as a training tool that will allow officers to self-critique their job performance so that they can better learn how to deescalate confrontational situations, develop customer service skills and promote officer safety.