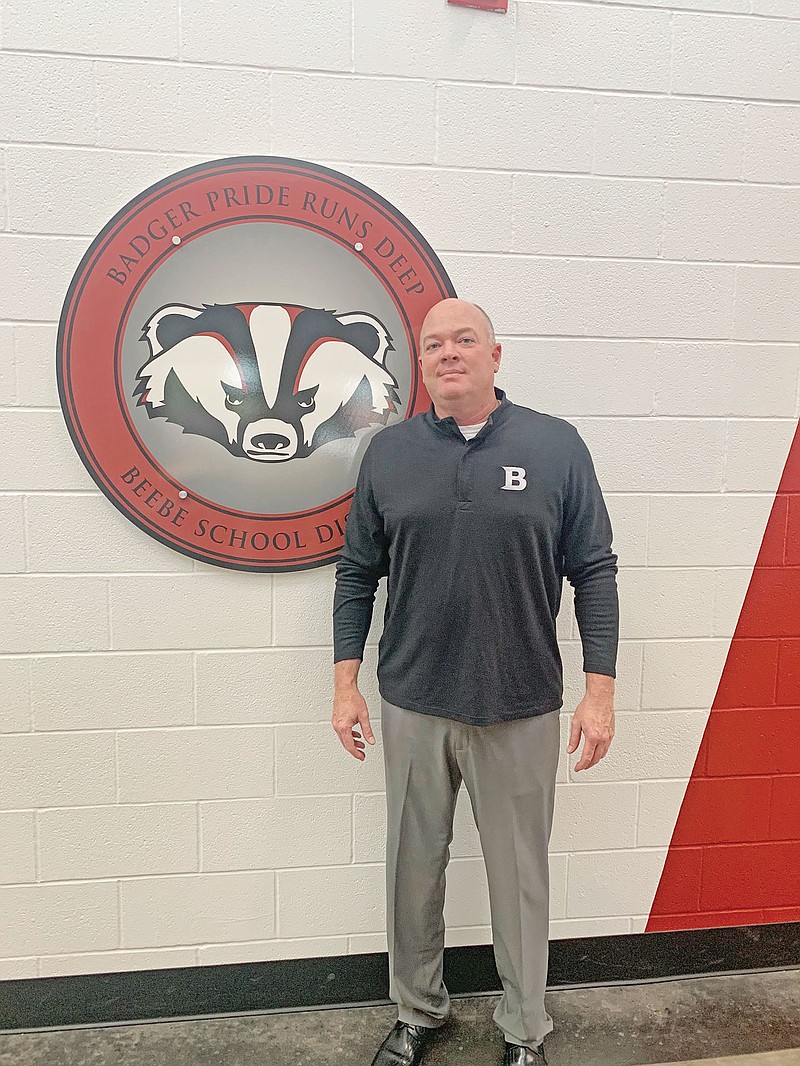 Ryan Marshall is the new athletic director for the Beebe School District. He replaces Chris Ellis, who has left to be the new assistant superintendent for the Southside School District in Batesville.

BEEBE — When Ryan Marshall arrived in Beebe in 2010 to be a coach, his goal was to be as good and as competitive as he could be. Now as the new athletic director for the Beebe School District, his goal remains the same.

“We want to ring every bit out of it,” he said. “We are in the direction where we want to maximize every bit of our talent and our facilities. We want to get everything we can out of what we have here.

“Once we can all hit on that and that direction, it can be a good thing.”

Marshall just finished his 11th season as the boys basketball coach at Beebe. The Badgers finished 10-12 last year, missing the state tournament. In 11 seasons as head coach, Marshall led the Badgers to the postseason five times, including a trip to the state semifinals. He was recently announced as the district’s new athletic director, replacing Chris Ellis, who has left to be the assistant superintendent for the Southside School District in Batesville.

Ellis said Marshall’s new job at Southside is a step up for him, careerwise.

“Ryan will do very well,” Ellis said. “Our head coaches work closely together, so he is very well-versed in how things work, as far as the people and organization aspect. … He will do an outstanding job.”

Marshall graduated from Beebe in 1996 and just completed his 20th year of coaching. He said he has always wanted to move into an administrative role. He earned a master’s degree in sports administration in 2016. He received his undergraduate degree from University of the Ozarks in Clarksville, where he played for Johnny Johnson, who is now the athletic director for the Russellville School District.

“Ryan is one of the top basketball coaches in the state, and he has a knack, coachingwise, to get students to play above their level,” Johnson said. “He can get kids to play over their heads, and he had a very good career at Beebe.

“Whenever you step away from basketball, you know when the time is right, and he knew it was the right time to make that switch.”

“Sports have been a great part of my life ever since I was a kid,” Marshall said. “It means a lot to me to be able to come here and coach and work. We have had pretty good success, and to transition into this role means a lot.

“I just want to thank Chris Nail and the board of education for the opportunity.”

Prior to Beebe, Marshall spent three years at Clarksville, coaching at the junior high and high schools, and he also coached two years at Mountainburg and a year at Newport.

“Coach Marshall is a very strong communicator, highly organized and connected to our community,” said Nail, superintendent of the Beebe School District. “He presented a vision for our athletic program moving forward that includes increased student participation and an emphasis on developing great people.

“We know he will be a great fit and will lead our athletic program in the right direction.”

Marshall said his family is full of educators, including his sister, who has taught kindergarten for 20 years. He said education is something he believes has been his calling.

“I enjoy being around the kids and seeing them grow, and I have always been coaching in some kind of fashion, even when I was in college,” he said. “There never really seemed like another calling or option, and it has never left a bad taste in my mouth.”

Currently, the school district is undergoing a total renovation of the football stadium, as well as refurbishing of the track.

“Everything is getting a total upgrade,” Marshall said. “We have a lot of good things going on within the school. My wife, Shannon, is an assistant elementary school principal, and we have three kids in the district.”

Johnson said Marshall already has a lot of relationships with the athletic directors around the state and as a former coach.

“He has already established some good relationships that will help him be a good athletic director,” Johnson said.

“Having been so fresh out of it, I am much more familiar with what coaches are dealing with on a daily basis,” Marshall said. “I am very fortunate that my dad was an administrator my whole life. I think that will help, having that knowledge and knowing why things are done a certain way, but I also have respect with the coaches we have on staff.

“I am looking forward to working with everybody.”