Reopening NYC will be tough act 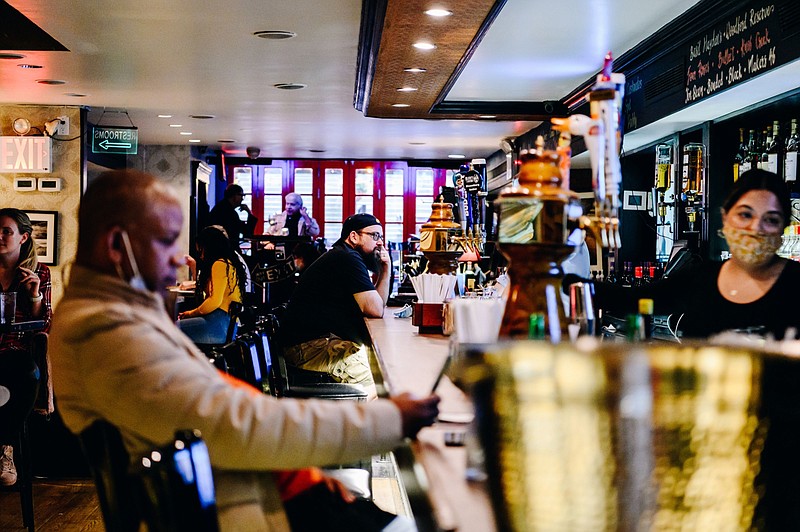 Customers sit at the bar at Blooms Tavern in New York on May 3, 2021. MUST CREDIT: Bloomberg photo by Nina Westervelt.

New York City will be free from pandemic restrictions soon. Now it must contend with an unemployment rate that's nearly double the national average, a jobs shortfall of half a million people and a tourism industry decimated by months-long shutdowns.

While Mayor Bill de Blasio has implemented a number of plans to revive the city, he is stepping down next year because of term limits. The task of leading the city out of a pandemic-ravaged labor market -- and bringing back lost jobs -- will largely fall to his successor.

"This city is falling apart," said Victor Rallo, co-owner of Esca, a seafood restaurant in Manhattan's theater district that closed permanently in March after 20 years. "These guys have to grab a hold of this, otherwise the greatest city in the world is going to just implode."

More than a year into the pandemic, New York City's jobs recovery lags behind the rest of the U.S. A big reason is that the city's success is inextricably tied to the restaurants, hotels, museums and shows that helped draw a record 67 million tourists in 2019. That number plunged by two-thirds in 2020.

Signs of recovery are percolating in the city -- ballparks have reopened, curfews are being lifted, and capacity at indoor venues and restaurants is increasing. More than 40% of all New Yorkers have gotten at least one covid-19 vaccination, and de Blasio last week welcomed 80,000 city workers back to their offices.

Even so, permanent business closures and still-vacant office buildings are keeping the economy from bouncing back swiftly. As of April 28, only about 16% of office workers in the New York metropolitan area were back at their desks, according to data from security company Kastle Systems. Many commuters remain at home.

Many of the jobs that existed before the pandemic have vanished. As of March, the city was 585,000 jobs short of pre-pandemic levels. The city's labor market is still worse off than it was in the immediate aftermath of the Sept. 11, 2001, terrorist attacks, which saw a steep drop-off in tourist arrivals and took years to recover from.

It's likely to get worse before it gets better. The eviction moratorium on commercial properties that was put in place in March 2020 expired on May 1, meaning businesses that have been staying afloat by skipping rent payments could struggle to make it through the spring.

"We know that the majority of jobs lost this year have come from small businesses like local restaurants and retail shops, so we need a recovery focused on helping small- and medium-sized businesses rehire and meet payroll," Stringer said in an emailed statement.

Ray McGuire, the former Citigroup banker, pledged to bring back 500,000 jobs with small business stimulus and $2.5 billion of borrowing for infrastructure projects. He also plans to direct support to artists and launch a festival to get tourists to visit cultural institutions in every borough.

Returning to full employment in New York City, however, will rely on restoring tourism. The city plans to launch a $30 million marketing campaign in June to lure back visitors. By September, it hopes to bring back Broadway, which has been dark since March 2020.

The shutdown of performing arts venues last year caused widespread layoffs among performers and stagehands, but also ravaged the many hotels, restaurants and bars that generate revenue from concert and theater-goers.

Rallo, the restaurant owner, said 87% of business at Esca came from the entertainment industry. His landlord wanted to start collecting rent again on March 1, but Rallo and his partner said that even if theaters started operating at 50% soon, Esca still wouldn't have been a viable business.

"We were called 'the darling of the theater district,'" Rallo said. "When covid hit, and there was no theater, it was impossible."

Unlike major venues like Madison Square Garden and Citi Field that can sell tickets at limited capacity and still operate, Broadway can't afford to put on shows unless venues sell 100% of tickets, said Kate Shindle, a New York City actor and president of the Actors' Equity Association. Even if the Broadway League meets its goal of a September reopening, that doesn't mean all shows will be in full swing, she said.

That means many Broadway venues will need government support to shore up outdated ventilation systems, invest in employee and audience safety, and help cover payroll costs.

"We have a bad habit of talking about the arts as a luxury item and forgetting about all the middle-class jobs that are made possible by a successful arts sector," Shindle said. "If we want to bring back New York City's economy, I cannot imagine doing it without investing in the recovery of the arts."

Mayoral candidates, including Adams and Stringer, say they plan to provide financial support to theaters by investing in subsidized tickets for essential workers and other local communities. Donovan aims to help arts and culture landlords through rent subsidies or tax forgiveness, and Adams has said he will extend the eviction and mortgage moratorium for cultural institutions and secure grants to help studios upgrade air filtration systems and pay rent.

But Pete Donovan, an acoustic bassist who was working on the musical "Mrs. Doubtfire" when the pandemic shuttered Broadway last year, said a recovery will depend on whether audiences from home and abroad will show up.

"It's going to take years I think to get to how things used to look," Donovan said. "Everybody's gone. Broadway and the arts in general are dependent on tourism, and I don't know how people feel about New York now." 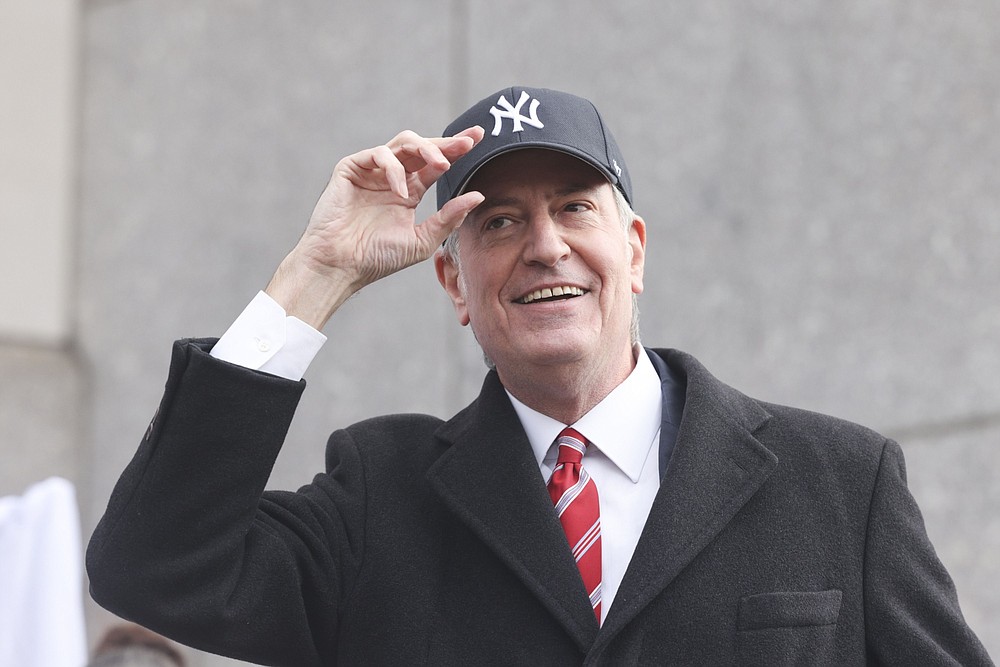 Bill de Blasio, mayor of New York, speaks during a news conference outside a vaccination hub inside Yankee Stadium in the Bronx borough of New York on Feb. 5, 2021. MUST CREDIT: Bloomberg photo by Angus Mordant.
ADVERTISEMENT