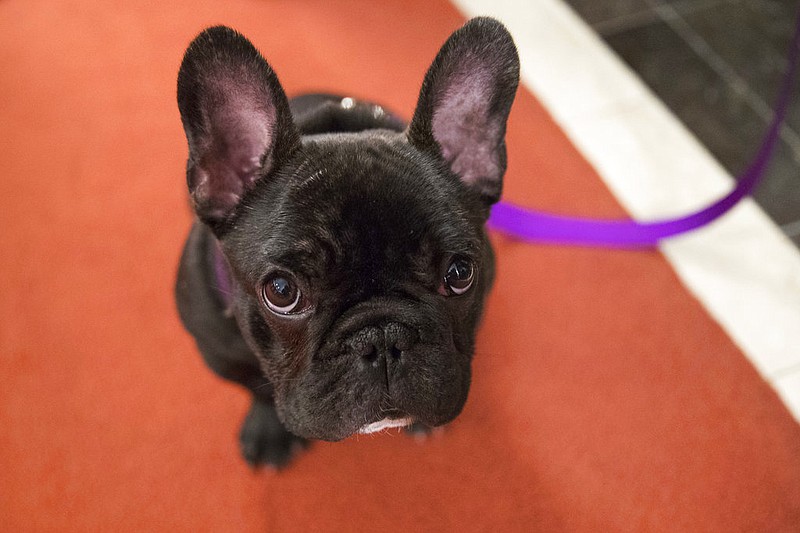 Helda Verla Berinyuy, 31, and Thierry Assoueesoh Ekwelle, 31, have been charged with one count each of conspiracy to commit wire fraud and 22 counts of wire fraud over allegations of trying to sell "purebred, registered puppies that did not actually exist," according to a news release from the U.S. attorney's office.

While no actual puppies were a part of the scheme, Berinyuy and Ekwelle would promise to deliver purebred French bulldogs, boxers, toy poodles, English bulldogs and other breeds via airplane in exchange for payments made through wire transfers, according to the indictment.

After receiving money for the initial purchase, Berinyuy and Ekwelle would ask buyers for more money to cover shipping costs, insurance and extra handling fees associated with the covid-19 pandemic, according to the indictment.

The two used aliases to pick up the money from a Western Union or Walmart, according to federal authorities.

The two, originally from Cameroon, met while they were students at Arkansas State University Three Rivers, according to federal prosecutors. Ekwelle later became a naturalized U.S. citizen.

The two will be arraigned later this month before U.S. Magistrate Judge Thomas Ray.

In March, Arkansas Attorney General Leslie Rutledge announced a lawsuit against Berinyuy and Ekwelle over the alleged scam.

That civil consumer protection suit asked for a business injunction, restitution, civil penalties and court costs, according to court records.

"Thankfully, no puppies were harmed in this scheme, but sadly, these two men scammed hopeful and trusting would-be pet owners out of hundreds and, in some cases, thousands of dollars," Rutledge said at the time.

According to the civil suit, Berinyuy and Ekwelle's customers would receive calls from the defendants posing as airport officials. They would request a $900 fee for shipping costs and in some cases additional money for insurance, covid-19 documents, late fees and emergency vet bills.

Berinyuy, living in Arkansas on a student visa from Africa, was convicted in a similar scheme in 2019 in Saline County, receiving a 36-month probation sentence for theft and forgery, according to court records.

He subsequently failed to report to his probation officer, court documents show.

Benton police began investigating the scheme in 2018 when a grocery store manager noticed Berinyuy using IDs with different identities to receive wire transfers, court records show. At the time, police estimated that the scam had defrauded victims of more than $78,000.

The attorney general's office recommends that prospective pet buyers visit breeders in person and pay by check or credit card to avoid scams.