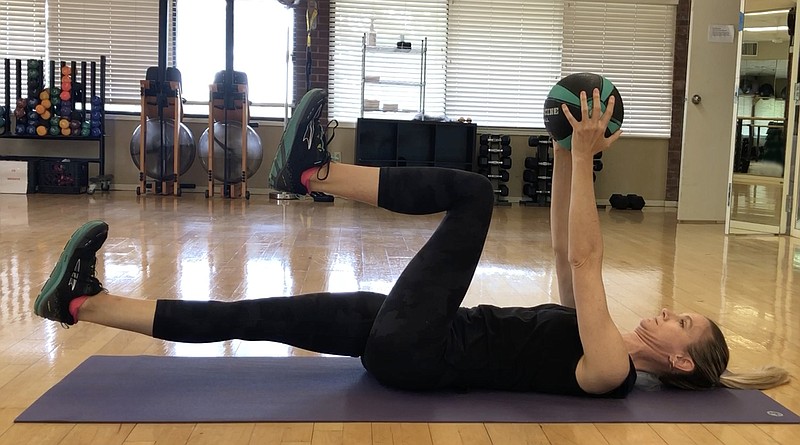 For many, abdominal and core training remains one of the more mysterious components of a workout. People have been inundated by misinformation about abdominal training through a variety of sources, so it is understandable that confusion still exists.

Let's pull the curtain back on abdominal training and share some ideas on how to maximize the results. Then I'll introduce one of my favorite "anti-situp" exercises to date.

In the 1970s and '80s the situp was king. All kinds of "experts" touted this belly-flattening move as the key to reducing abdominal girth and forming the elusive six-pack. Fitness celebrities like Arnold Schwarzenegger and Richard Simmons cranked out rep after rep without any evidence to the contrary.

In the '90s, smatterings of physical therapy exercises began to ease their way into traditional fitness routines. Researchers, scientists and doctors began to study innovative ways to activate the abdominal muscles without adding risk to the surrounding muscle groups (lower back, neck, etc.). As a result, more people began performing "core" exercises, many of which were born in a rehabilitative setting.

Core training continued to evolve into the new millennium as exercisers experimented with balance boards, medicine balls, TRX straps and other training tools. Core strength and conditioning has never been more sophisticated than it is today, and the situp is largely extinct in current program design.

The situp's demise was a natural progression of technology, science and medical evidence. Millions encountered the lower back and neck discomfort associated with the situp, and someone along the way decided there had to be a better way. In the fitness world, this is how things change.

Even today, I can walk into a fitness center and occasionally catch a glimpse of the crusty old situp. When I witness it firsthand, it feels a little bit like running into a high school classmate that I have not spoken with in 25 years.

But I am thankful for having experienced the rise and fall of the situp, as I can now join the millions of exercisers in core training without back pain. There are so many fantastic methods for achieving core stability now, and I look forward to inventing many more.

This week's exercise is designed to challenge the core muscles while allowing the back to remain flat on the floor. The Med Ball Deadbug is appropriate for all fitness levels and easy to perform at home or in the gym.

2 Slowly extend the right let down until it's fully stretched out and parallel with the ground. At full extension, the right leg should be 3 or 4 inches off the ground.

3 Slowly lift the right knee back up toward the chest. As you do this, slowly extend the left leg downward.

4 Steps 2 and 3 make one repetition. Continue alternating leg extensions as you hold the medicine ball in place with the arms over the chest.

The Med Ball Deadbug feels great when performed correctly. While moving through the range of motion, it is important to continuously evaluate the lower back position. The goal is to keep the lower back flat on the floor throughout the movement by contracting the core muscles.

Matt Parrott is glad to hear from readers. Send him questions or share a story about your pandemic workouts at