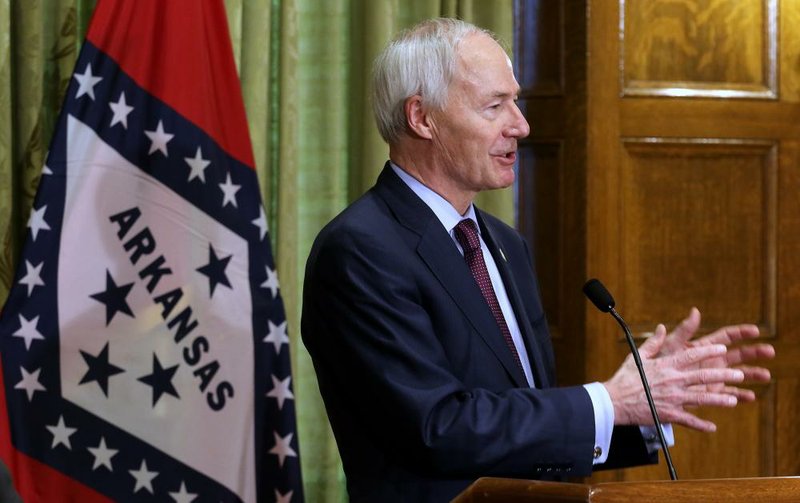 FILE — Gov. Asa Hutchinson answers a question during a press briefing on Wednesday, April 8, 2020, at the state Capitol in Little Rock in this file photo.

Arkansas should prioritize capital needs including broadband and cyber security with the $1.57 billion allotted to the state government through the American Rescue Plan, Gov. Asa Hutchinson said Tuesday.

The U.S. Department of the Treasury issued guidance on how states can use the covid-19 aid Monday night. Hutchinson described the funding as "discretionary within limits," because they allow for some flexibility.

Money should also be spent on meeting short-term humanitarian needs, but Arkansas’ spending will focus on one-time investments rather than programs that the state won’t have money to supplement once the federal funding runs out, according to Hutchinson.

A 14-member steering committee will play a role in deciding how the money is spent. Eight seats will be filled by cabinet secretaries or their designees, and six will be filled by members of the state House and state Senate, Hutchinson said. He signed an executive order setting up the panel Tuesday.

“We have to be methodical about this and not rushed,” he said.

The $1.9 trillion covid-relief package was signed into law in March by President Joe Biden.

Other allowable uses, according to the federal government’s guidelines, include infrastructure and preparation for a future pandemic, Hutchinson said.