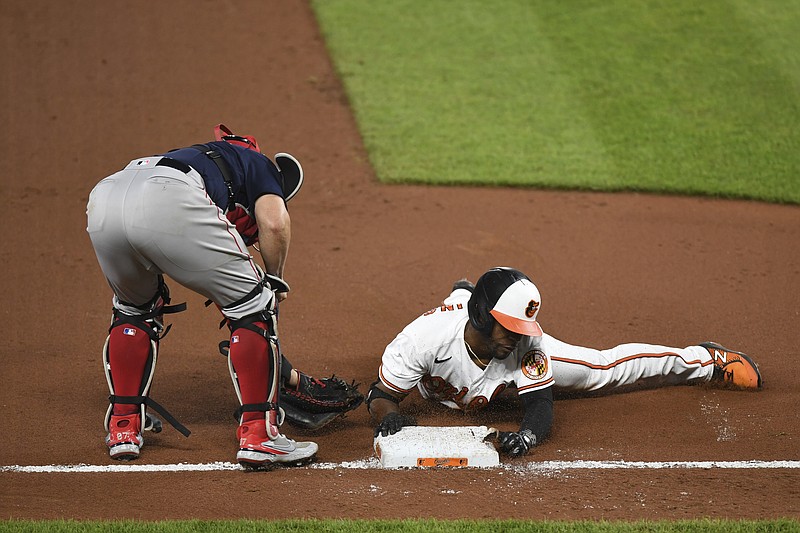 The Orioles had dropped their first six games at Camden Yards this season against the Red Sox and avoided a four-game sweep. It was the first time the home team won in 10 games between the teams this season.

"To salvage a series like this, it's not exactly easy to do when you're down 3-0 in a series," Mancini said. "They've been playing great baseball over there. That's a fantastic team they have. To win the fourth one and go into a two-game series tomorrow feels good and shows the resolve this team has."

Mullins' heads-up baserunning helped the O's add an insurance run in the eighth. He hit a high popup into shallow left field leading off, finding an open spot against Boston's shifted infield defense. Shortstop Xander Bogaerts raced over from near second base and deflected the ball twice before it fell.

"It was a fluke play," Boston Manager Alex Cora said. "Everybody reacted the right way. A good heads-up play by their guy."

Baltimore's bullpen combined for 3 1/3 scoreless innings, retiring all 10 batters it faced. Tanner Scott (2-2) struck out his only hitter to complete the sixth, Travis Lakins Sr. and Paul Fry both completed perfect innings, and Cesar Valdez worked the ninth for his eighth save.

Mancini put the Orioles ahead 2-1 with a blast to center off reliever Matt Andriese (1-2) to lead off the sixth.

Orioles starter Jorge Lopez went a season-high 5 2/3 innings, scattering 4 hits while striking out 5 and maintaining control except for a brief sequence in the fourth after yielding J.D. Martinez's one-out single. Over the course of three pitches, Martinez moved up a base on a hit batsman, a wild pitch and Rafael Devers' sacrifice fly to tie it at 1-1.

Lopez gave up a leadoff double in the fifth, but with Scott warming, he retired the next three batters and then pitched into the sixth for the first time this season.

"I've been battling the last couple games," Lopez said. "Getting out of that inning gives me a little more confidence to keep pushing."

Ryan Mountcastle lined his third home run down the left-field line off Boston's Martin Perez, who otherwise navigated five innings with little difficulty. He allowed 4 hits and 1 run and struck out 4.

REDS 14, PIRATES 1 Tyler Naquin homered and drove in four runs, Tucker Barnhart keyed a six-run fourth inning with a two-run double and Cincinnati rolled Pittsburgh. Naquin's three-run shot came in the seventh inning, bounced off the right-field foul pole and made it 11-1. He also doubled home a run during the fourth-inning outburst. Barnhart's double to left-center field was the big blow in the fourth as the Reds snapped a 1-1 tie. Nick Senzel capped the inning with a two-run single. Eugenio Suarez broke an 0-for-15 slump with a solo home run for Cincinnati in the second. Nick Castellanos capped the scoring in the eighth with a two-run double. Tyler Mahle (2-1) allowed one run in 5 1/3 innings for the win. He gave up 4 hits, walked 4 and struck out 7 as Cincinnati won for the third time in four games to reach .500. 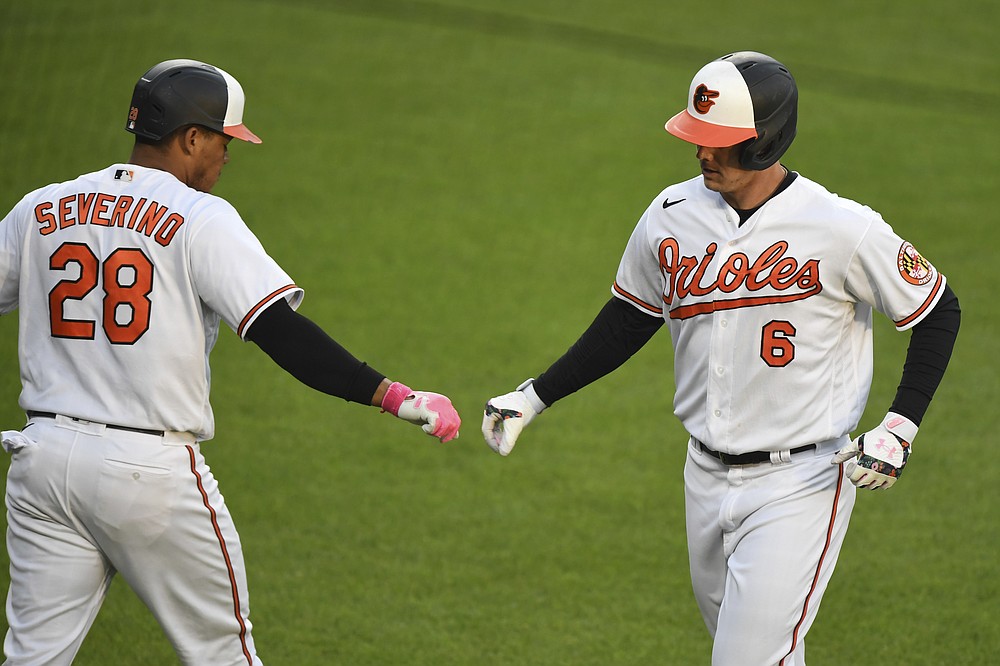 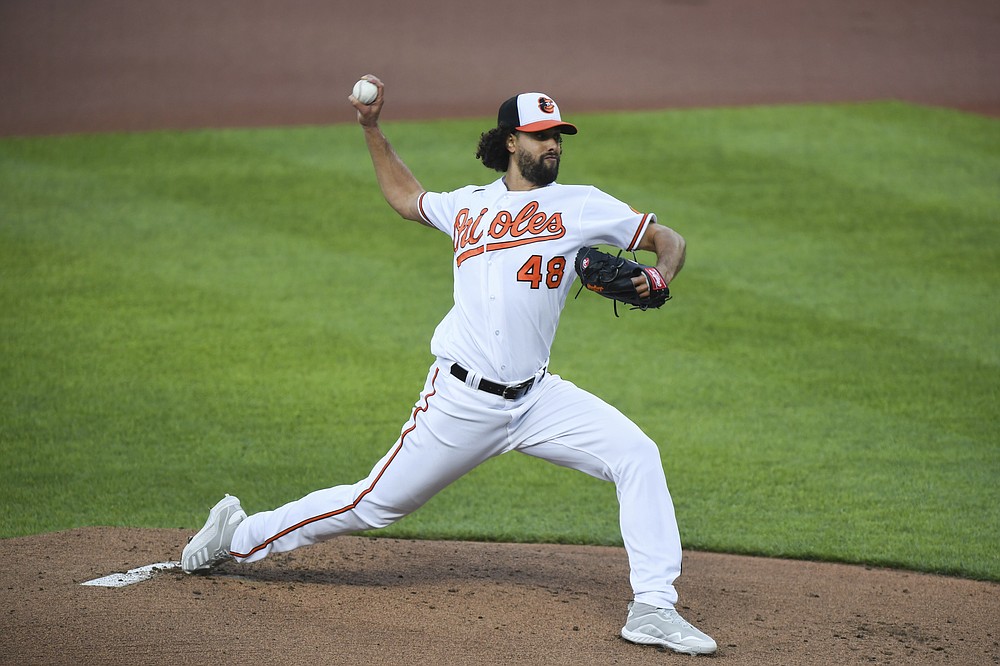 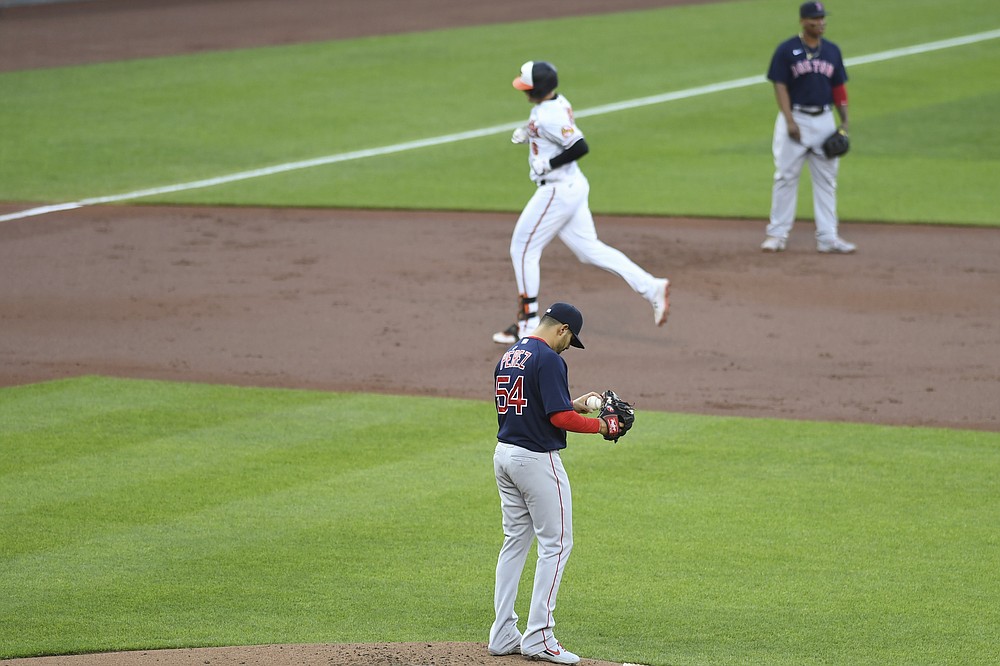 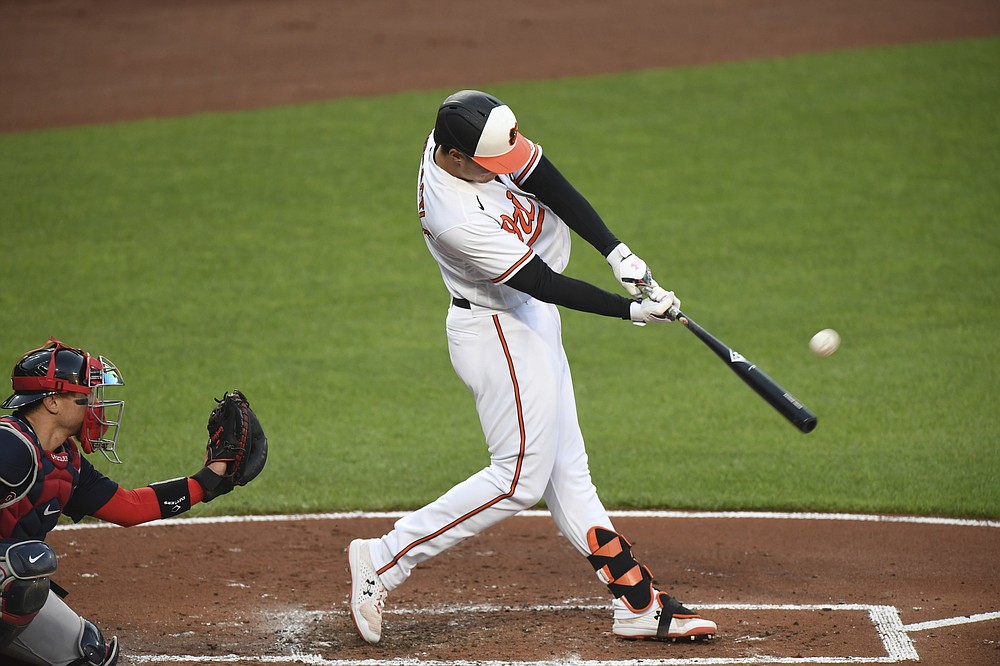 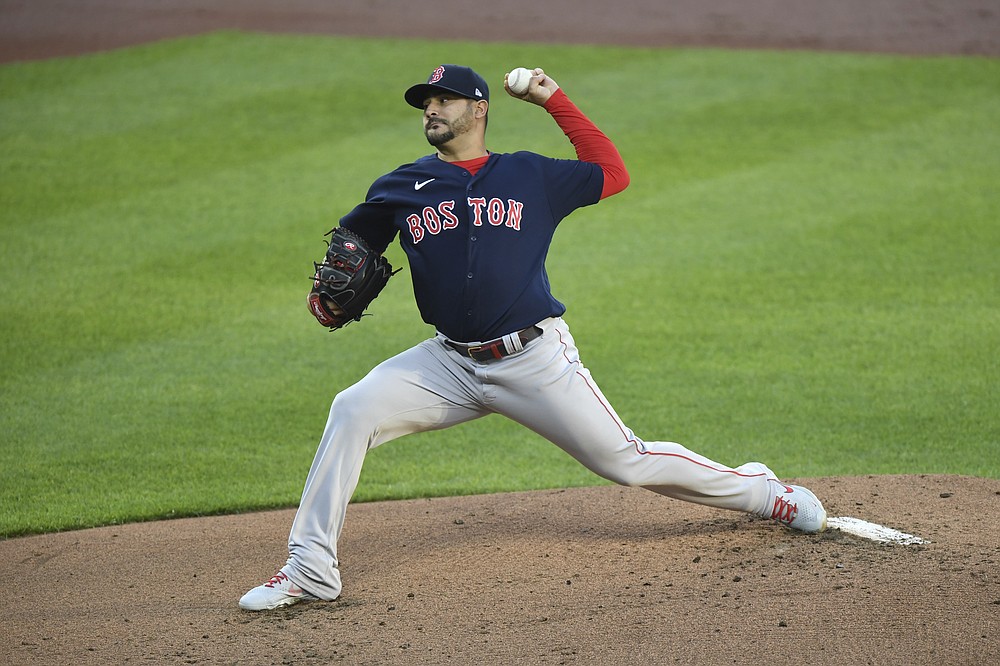