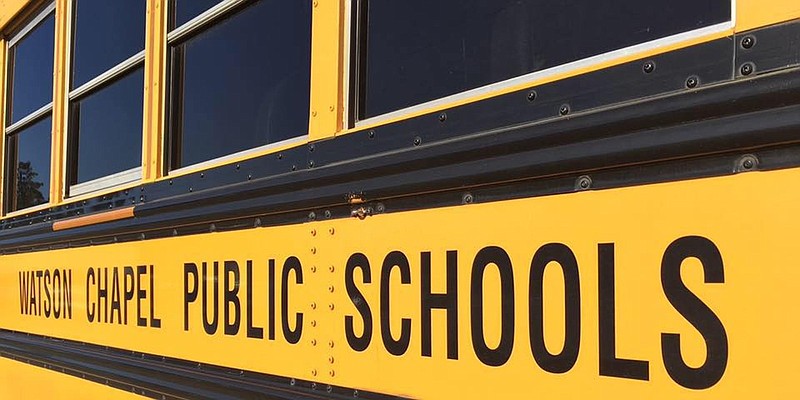 A Watson Chapel School District bus is shown in this undated photo.

A plan for the use of $3 million in the second wave of Elementary and Secondary School Emergency Relief funds was introduced to the Watson Chapel School Board on Monday night.

Superintendent Jerry Guess said the plan did not require the formal acceptance of the board, but board members had agreed with the details.

The second wave, also known as ESSER II, will go toward heating, ventilation and air-conditioning improvements, and help with academic improvements. The district has already been allocated $6.8 million in Phase III relief funding, which will go toward helping students catch up academically.

Classified and certified employees working during summer school will receive an increase of $5 per hour from phase II relief funds.

Christopher Dutton was appointed Zone 3 board member Monday. Dutton will complete the five-year term to which the late Ronnie Reynolds was originally appointed and then served partially by Morgan Tillman, who resigned last month.

Dutton is expected to run for a full term in the November election.

• Lorie Jones was hired as a media specialist.

The White Hall School Board will meet at 6:30 p.m. today at Hardin Elementary School in Redfield.