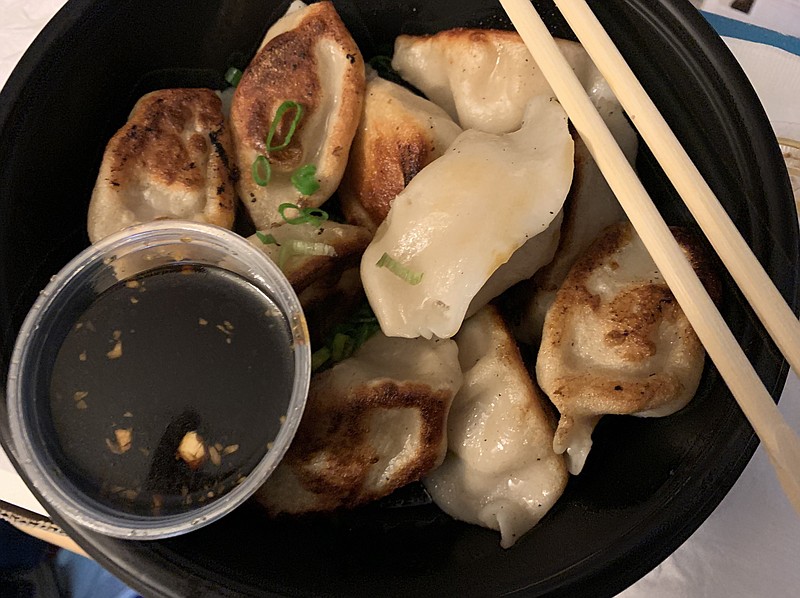 Yan credits the Three Fold Mobile food truck, which has been operating at 1509 Rebsamen Park Drive in Little Rock's Riverdale — the site where Three Fold owner Lisa Zhang originally planned to put a prep facility — for helping Three Fold break even during the past pandemic year. "In general, we learned a big lesson in 2020: We need to put our eggs in two baskets," she said Monday in announcing plans for the second stationary "basket."

The Riverdale operation will close down — at last check, Zhang had to put property up for sale — once that new second "basket" opens; however, the ultimate fate of the food truck is still uncertain. 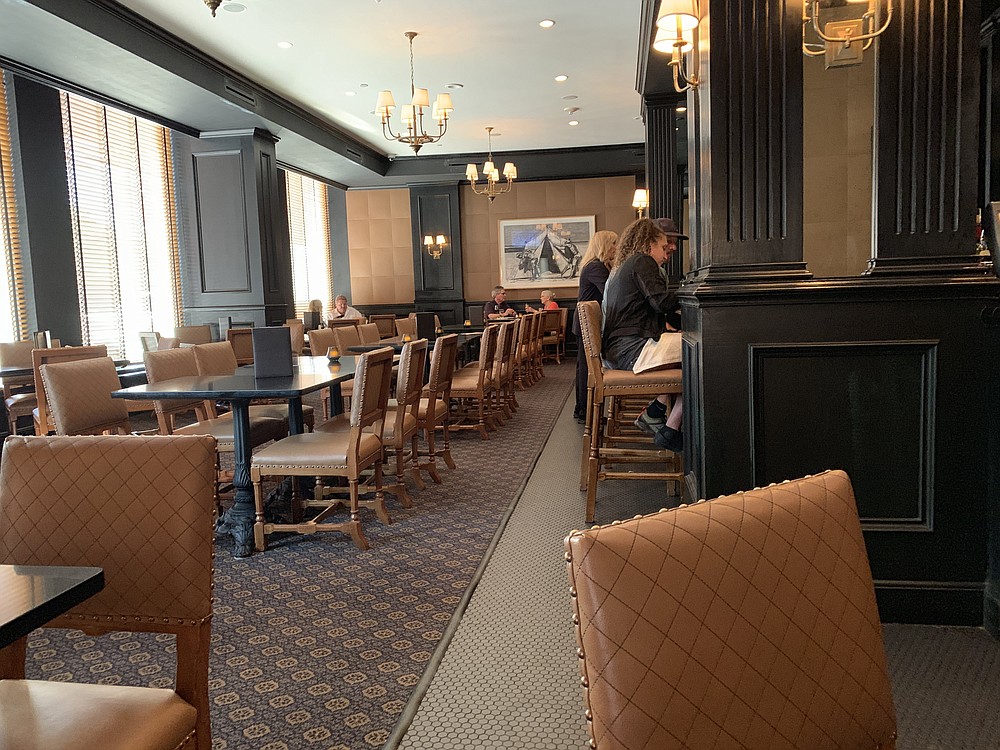 The Capital Hotel, 111 W. Markham St., Little Rock, reopens after more than a year of pandemic-caused shutdown on Monday, and so will the Capital Bar & Grill, at 11 a.m. Starting Tuesday, it will also open for breakfast, 6:30-10 a.m. Monday-Friday, 7- 10:30 a.m. Saturday-Sunday, while the hotel's haute cuisine restaurant, One Eleven at the Capital, remains closed. The bar-and-grill will offer an all-day menu 11 a.m.-10 p.m. daily, which will include, according to a Facebook post (facebook.com/CapitalBarandGrillLR), "the classics you've been missing." There's a direct-dial phone number — (501) 370-7013 — but at most times of the day, we're told, you're probably better off having calls transferred from the hotel's main number, (501) 374-7474.

Meanwhile, we have learned that the chicken establishment that the Bubbus family of David's Burgers fame is putting in at 10907 N. Rodney Parham Road, Little Rock, is to be called Jess's Chicken. Additional details, including an opening date, are pending. You will recall the building was the home for three decades of Black Angus until it was forced to decamp last year, whereupon it moved to its previous home, West Markham and Van Buren streets. We reported a few weeks ago that according to a city building permit, Rodney Parham Chicken Inc., of which David Bubbus is company's incorporator/organizer and Jessica Erin Bubbus is the vice president, is spending $400,000 on the site, the exterior of which appears to be largely complete.

Mike Coats, owner and namesake of Mike's Place, 808 Front St. Conway, says employees arrived Sunday morning to discover signs requiring patrons to wear masks had been torn up, and in a Monday morning Facebook post (facebook.com/MikesPlaceConway) decried the "destruction of property, vandalism, theft and/or criminal mischief." Coats says that while at least 95% of patrons are kind and understanding, he's basically asking everyone to treat his staff better: "Please respect our staff and our guests that want to be as safe as possible," the Facebook post pleads. "I am ashamed of people that have so little respect for the health of others ... the biggest reason employees are not returning to restaurants is how they are talked to and treated around the country; it's making me question how long we stay open .... we have been extra cautious for us and you." And he promises that "we are involving Conway PD to review our security cams and we will charge the guilty. Shame shame." As of our Tuesday deadline, the post had received 186 comments, almost all of them positive and supportive. The restaurant phone number is (501) 269-6453; the website is mikesplaceconway.com. 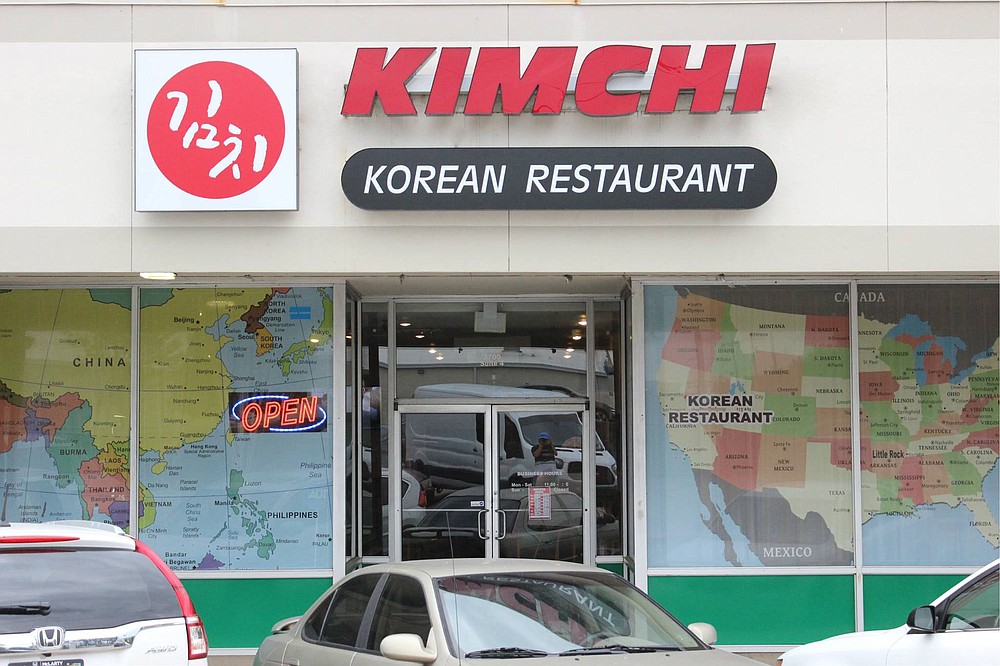 And you can blame the pandemic for our inability to keep track — we do — and thus missed the Oct. 31, 2020, closure of Kimchi Korean Cuisine, 3700 S. University Ave., Little Rock. One of our eagle-eyed readers recently found a sign on the door to that effect. The phone number, (501) 570-7700, has been disconnected.

Here's the lineup for today's Ortho Eat and Go, 11 a.m.-1:30 p.m. (or until they sell out), on the south parking lot at OrthoArkansas, 800 Fair Park Blvd., Little Rock: Cheesecake on Point, ShoBo's Kitchen, Haygood BBQ and Riverside Grocery. Visit orthoarkansas.com/eat-and-go.

And speaking of food trucks, our north-of-the-river beat reporter Stephen Simpson reported Tuesday that the North Little Rock City Council is considering, but has postponed until at least May 24, discussion of a proposed ordinance that would allow for a large food truck court at 601 W. Fourth St., about a block from Dickey-Stephens Park, where the Arkansas Travelers play. The area typically houses a couple of food trucks, but there's a proposal on the table to expand that number to approximately a dozen, which would require special permission from the city. It would be open 8 a.m.-8 p.m. Sunday-Thursday, 8 a.m.-midnight Friday-Saturday. Requirements specified in the ordinance include on-site restrooms, a fence to prevent trash from leaving the property and off-street parking for three mobile food vehicles; the vehicles could only sell food and soft drinks. The council last year established a food truck court and indoor farmers market, known as The Filling Station, at 3623 John F. Kennedy Blvd. at the pinnacle of Park Hill.

A new Pizza Inn Express store has opened in the Bearden Travel Center, 859 N. Cedar St. (just off U.S. 79), Bearden. Owner/operator is franchisee David Blackmon, president of Blackmon Oil and a member of Pizza Inn's Franchise Leadership Council. This is his fifth location in west Arkansas. Hours are 10 a.m.-10 p.m. Monday-Friday, 10 a.m.-9 p.m. Saturday and Sunday. The phone number is (870) 687-2030.

Black Restaurant Week, with the stated purpose of supporting Black-owned food-and-beverage businesses and "celebrating the flavors of African American, African and Caribbean cuisine," according to a news release, starts Friday and runs through May 23. It's the first year the campaign, which started in 2016, includes the Little Rock market, one of 15. This year the campaign is particularly significant in that, according to 2020 study conducted by the University of California, Santa Cruz, Black-owned restaurants have suffered disproportionately during the pandemic: 41% of Black-owned businesses have shuttered since February compared to 17% of white-owned businesses. Area Black-owned restaurants, caterers and food trucks highlighted by the organizers include Cheesecake on Point, which recently moved into a building at 9809 W. Markham St. in Little Rock; The Boil, a North Little Rock-based seafood food truck; Smackey's, a barbecue-centered caterer based in Sherwood; Meme's Twisted Potato and More, a vegan/farm-to-table restaurant at 3005 Asher Ave., Little Rock; Ceci's Chicken and Waffles, a food truck parked, most of the time, on South University Avenue in Little Rock; Sandra Rose Kitchen, a Little Rock-based Cajun seafood food truck; and Rock City Kitchen, 1515 W. Seventh St., Little Rock. Visit blackrestaurantweeks.com.

"MasterChef Live!", based on the TV shows "MasterChef" and "MasterChef Junior," will be onstage 7 p.m. Oct. 30 at the Center for Humanities and Arts Theater, University of Arkansas-Pulaski Technical College, 3000 W. Scenic Drive, North Little Rock. The show will feature head-to-head cooking demonstrations and challenges with past "MasterChef" and "MasterChef Junior" contestants. Tickets are $55-$80; a few VIP packages include a premium seat, a "meet and greet experience," signed show poster and photo opportunities. Call (501) 812-2831 or visit uaptc.edu/charts.

And Rock Town Distillery's Single Barrel Bourbon won a Double Gold Medal at the 2021 San Francisco World Spirits competition, April 1-22, including medals for Rock Town's Four Grain Sour Mash Straight Bourbon and its Single Barrel Golden Promise Straight Bourbon. (While tasting, judges evaluate each product on an individual basis — not compared to other entries in the flight. During this stage, judges determine which entries are worthy of a Gold, Silver, or Bronze medal. Entries that receive a Gold medal from all judges on a panel earn a Double Gold award.)