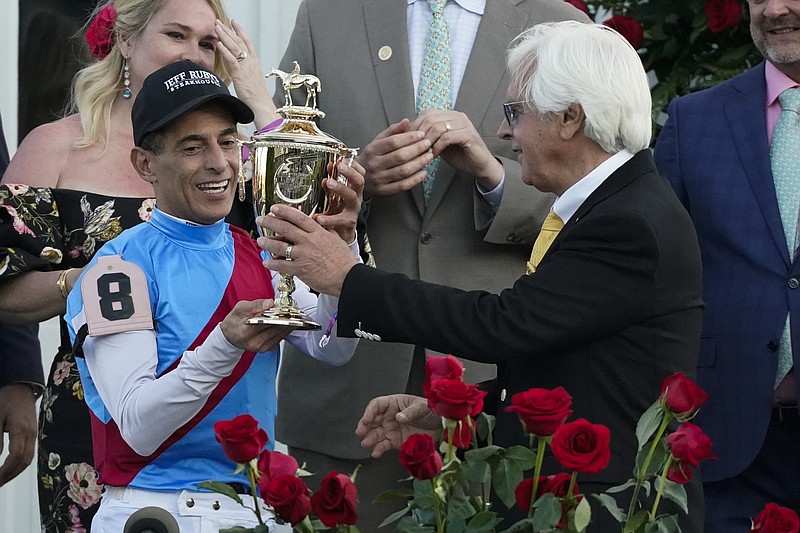 Trainer Bob Baffert hands the winner's trophy to jockey John Velazquez after they victory with Medina Spirit in the 147th running of the Kentucky Derby at Churchill Downs, Saturday, May 1, 2021, in Louisville, Ky. (AP Photo/Jeff Roberson)

Bob Baffert, welcome to the Doping Hall of Infamy.

Over there is the East German Olympic team. Right next to them, you'll find Ben Johnson and Marion Jones. That big guy is Mark McGwire. And, of course, the shamelessly corrupt Lance Armstrong needs no introduction.

Sure, you didn't actually inject the illicit substance into your own body, like the rest of the inductees, but you'll fit right in.

Yep, this is Baffert's legacy -- not all those great horses he trained.

Even if one of Baffert's myriad excuses for a positive drug test at the Kentucky Derby somehow passes muster -- to hear him tell it, he's the innocent victim of A) cancel culture pervading the nation, B) a groom who relieved himself in the barn, C) a veterinarian who prescribed the drug in question, or D) the dog ate his homework, we presume -- there is no chance of him getting his reputation back.

That's the way it should be.

For far too long Baffert has largely gotten a free pass for his seemingly magic touch with equines while everyone looked the other way at his expanding list of doping violations.

In just the past year, he's been cited five times. The New York Times found a much more sinister record -- 29 cases spanning more than four decades.

In any other athletic pursuit, Baffert would have long since been banned.

But horse racing, in a desperate bid to stay relevant and create stars who might attract new fans to the sport of kings, has treated the white-haired trainer's dubious methods with repeated slaps on the wrist.

Maybe a fine, or a brief suspension from the track where the offense occurred.

In many ways, horse racing has taken a page from the playbook of Major League Baseball, which looked the other way while McGwire and others bulked up on steroids to fuel a homer-crazed revival of the national pastime in the wake of a crippling strike that wiped out the 1994 World Series.

Baseball eventually came to its senses, shunning those who cheated their way to improbable accomplishments.

Now, it's time for horse racing to do the same.

The sport that already faces staunch criticism from animal-rights activists and waning interest from gamblers and casual fans received another huge blow to its image when Baffert-trained Medina Spirit tested positive for the steroid betamethasone after an upset victory in horse racing's premier event, the Kentucky Derby.

Just like that, the inspiring story of a $1,000 yearling who defied the odds as a 12-1 underdog now seems way too good to be true.

And, while it may not be fair, it's only natural to cast a suspicious eye toward Baffert's two greatest horses, American Pharoah and Justify, who captured the Triple Crown a mere three years apart -- after a 37-year drought without any thoroughbred sweeping the sport's biggest races.

Amazingly, Medina Spirit is still being allowed to compete in the second leg of the Triple Crown, Saturday's Preakness Stakes, albeit with enhanced testing measures before the race.

At least Baffert had the good sense to stay away from Pimlico.

Imagine what a buzz-kill it would be if Medina Spirit crosses the line first again, all while waiting for officials to complete their follow-up testing of his Kentucky Derby sample to determine if he should be disqualified from the Run for the Roses.

No matter the outcome, there is a gloomy cloud hanging over the sport.

A new law that will put the U.S. Anti-Doping Agency -- you know, the folks who brought down Armstrong -- in charge of horse racing's fight against illicit drug use is a big step in the right direction. It will bring some order to a byzantine maze of rules and streamline the testing process, but it doesn't go into effect until the summer of 2022.

Even that is not enough.

The sport needs to be willing to rid itself of those who violate the rules, especially those such as Baffert who've done it over and over again. No matter the circumstances, the trainer is responsible for banned drugs that wind up in a horse's systems. They should be punished accordingly with a lengthy, nationwide suspension for first offenses and a lifetime ban if caught a second time.

Until rules with real bite are put in place, we'll have to be content with Baffert being right where he belongs.

The Doping Hall of Infamy. 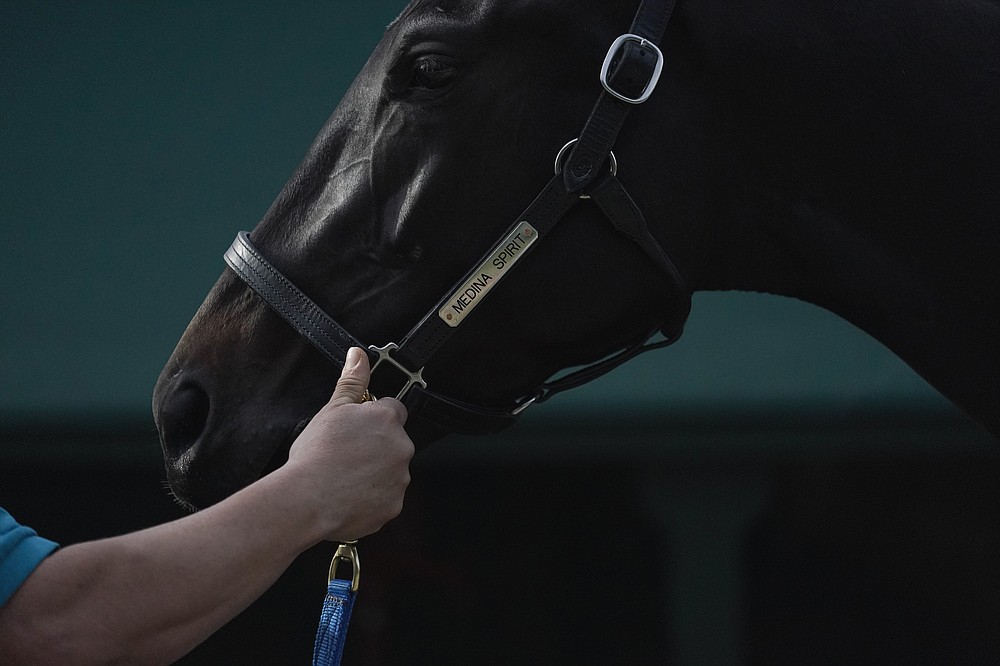 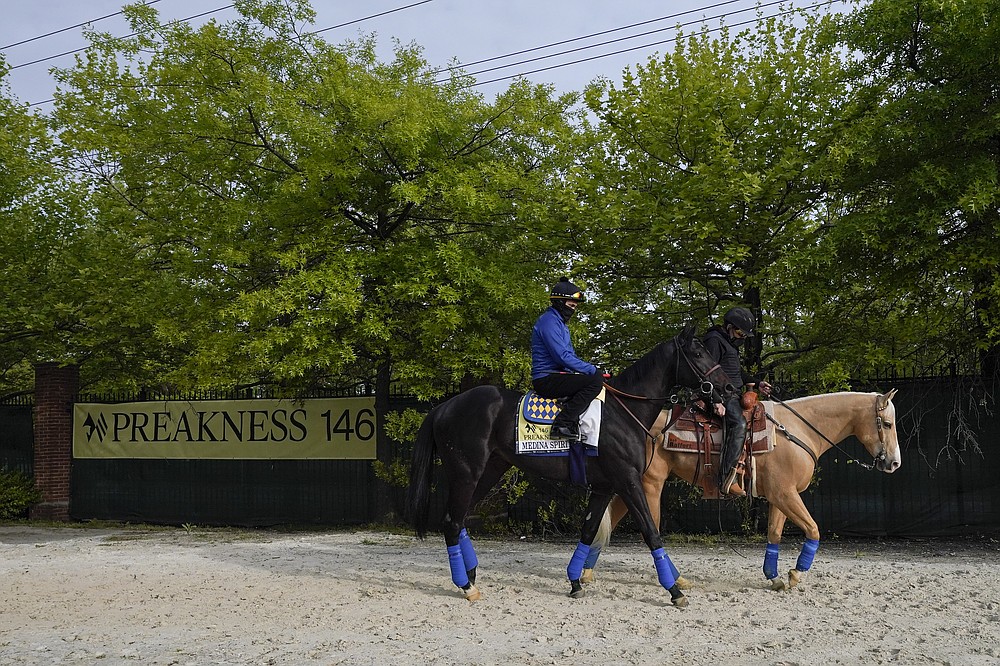 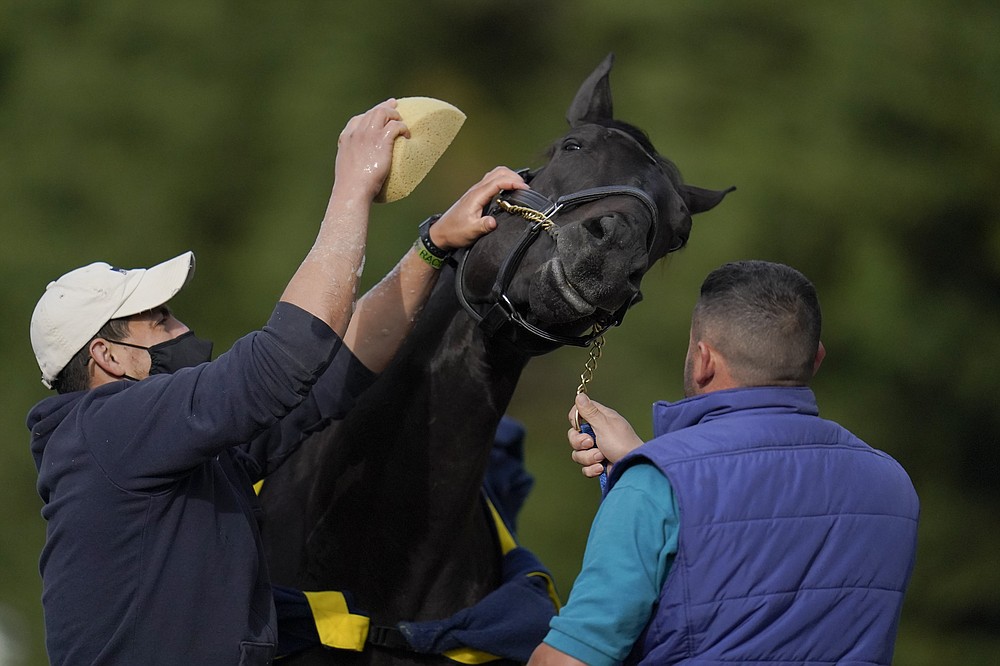