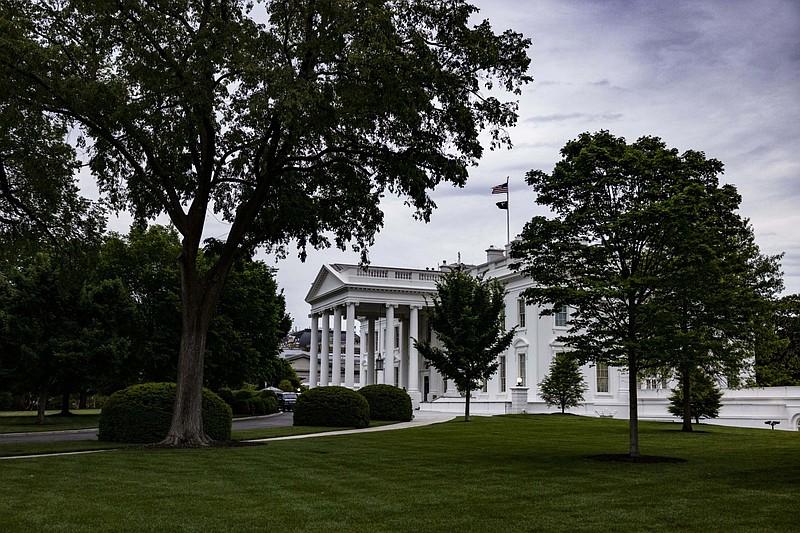 The White House in Washington, D.C., on May 9, 2021. MUST CREDIT: Bloomberg photo by Samuel Corum.

President Joe Biden's attempt to expand the definition of infrastructure has sent economists to the drawing boards to measure the impact of his spending plans.

Infrastructure traditionally has been thought of as physical things -- roads, train tracks or airports -- and federal investment in these in the past has transformed the U.S. economy, helping drive growth and productivity.

Yet the pandemic has had a disproportionate effect on mothers and minority-group workers, prompting some policymakers to call for building a more robust "care economy" through spending on what's now being called "soft infrastructure."

Women -- who often took on child care responsibilities when schools or day care centers closed during the pandemic -- have left jobs in droves in the past year. With April's employment report marking another month of women dropping out of the labor force, such spending is again coming into focus.

About 40% of the $2.25 trillion American Jobs Plan that Biden introduced in March consists of infrastructure pertaining to people. And the $1.8 trillion American Families Plan, announced last month, consists almost entirely of human investments. Both face hurdles to getting passed by Congress.

While these could pull millions of Americans out of poverty and provide parents with new work opportunities, measuring those social benefits in traditional aggregate data like gross domestic product may be more challenging to economists than looking at direct spending on things like roads and bridges. Some question whether GDP is useful for measuring the impact at all.

The key question around the "soft infrastructure" proposals is "how does that expand the workforce and how does that bring, in particular, more women into the workforce," said Brett Ryan, senior U.S. economist at Deutsche Bank. "That has the potential to pay huge dividends."

Ryan's preliminary calculation of the Biden agenda's possible impact -- assuming it passes in its proposed form -- is for adding 0.5 to 0.6 percentage point to growth in the first 12 months, figuring 10% of the spending would occur in the first year.

But estimating the longer-term effects is a different story. Expanding home health care for the elderly and child care for the youngest would help more women enter the workforce, but the GDP impact can be hard to measure, said Bloomberg economist Yelena Shulyatyeva.

"I would not dare to put a number on it," Shulyatyeva said. "GDP impact is one thing, but it's also the social benefits. From that point it's great."

Not all analysts see Biden's plan boosting growth. The policies could actually slow GDP because the effects of more government debt will outweigh productivity gains, according to an analysis by University of Pennsylvania researchers.

James Feyrer, a Dartmouth College economics professor, researched the Obama-era infrastructure investments that were made through the stimulus law in 2009. That spending on roads and bridges may have helped create as many as 5 million jobs.

Things like paid family leave and increased elder care, unlike traditional infrastructure, can't just be a one-time expenditure, though. They won't necessarily boost productivity but could aid growth, primarily by freeing up more parents to work, said Valerie Ramey, an economics professor at the University of California, San Diego.

"That isn't what we normally call infrastructure, but that doesn't mean it can't have an impact on productivity or potential output," Ramey said.

The U.S. is the only developed country that doesn't require employers to provide paid leave for things such as the birth of a child, illness or caring for a sick parent. Before covid-19 hit, more than half of families with young children lived in areas without enough child care. The lack support for workers with family obligations depresses labor-force participation.

In Sweden, which spends more than 1.2% of its GDP on child care centers and prekindergarten education, 82% of women age 16 to 64 were in the workforce before the pandemic. That compared with 70% in the U.S., which spends half of Sweden's proportion.

Economic research points to significant potential increases in female labor-force participation as child care subsidies rise: tripling aid in a key program could add 652,000 women with children under 13 to the workforce, a U.S. government study found.

"I don't think the care economy is the way to really juice the economy to promote more robust growth or increased productivity," said Martha Ross, a senior fellow at the Brookings Institution's Metropolitan Policy Program. "But it is a way to make people's lives better."