Ending And Beginning: Fort Smith Symphony ends one season, prepares for next 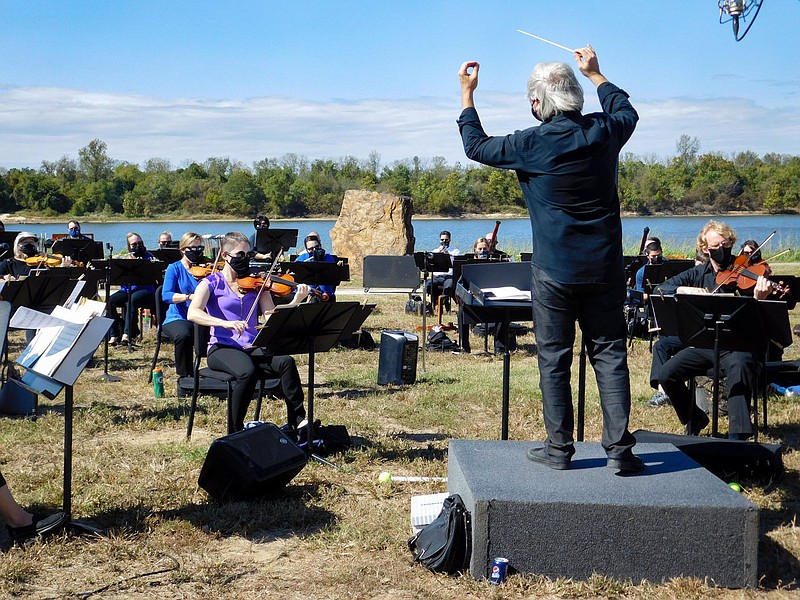 "At certain points in the year, our concerts were the only live musical events happening in our region," John Jeter, music director of the Fort Smith Symphony, says of the year of the pandemic. "We are all so proud to be one of a very small number of orchestras nationally and even internationally to have been able to perform every one of our subscription concerts to live audiences."

The orchestra wraps up its 2020-21 season May 22 with a concert titled "Film Score Festival." Jeter says he decided to "end big with some of the coolest film music there is."

"We open the concert with the thrilling overture to the film 'Beauty and the Beast' by composer Alan Menken," he begins. "We move to great film scores by John Williams from 'ET' and 'Superman' to 'Harry Potter' and lesser known but beautiful scores from 'Born on the Fourth of July' and 'War Horse.'

"We also perform music by Alan Silvestri from 'Forrest Gump,' [and] the late Ennio Morricone's music from 'The Mission,'" he continues. "One of the most memorable film scores of all time is Maurice Jarre's music to 'Lawrence of Arabia,' which is on the program as well as the very dramatic score from 'Spider-Man Far from Home' by Michael Giacchino."

But as it is for every arts organization, the end of one season is the beginning of the next. So although Jeter can't share the details of the 2021-22 series he's titled "Greatness Endures," he promises the name "will give people close to the Symphony an idea of what our concerts will include." He'll be revealing more at the May 22 performances.

"We are not sure if we will actually be able to begin subscription renewals at the time, but soon after the announcement, they will begin," he says.

He will confirm there will be a total of 35 works for orchestra spread across five concerts. Four of those concerts will be at the ArcBest Performing Arts Center, while one will be at "an outdoor venue with seating provided."

"We are offering our traditional mix of classics, popular and holiday programming," he says, and "will be addressing the timely issue of diversity in the arts with music by under-represented composers. Film music lovers will be thrilled with our season closer that will be taking things to a new level for us. (Sorry we can't give details yet!)"

Jeter says he'll continue the new, shorter concerts without intermission that have been popular this year. Whether there will be one performance of each concert or two back to back -- as there have been this season -- remains to be decided.

"We will certainly keep the airflow going strong as a great advantage for us is the very high air-change rate of the ArcBest Performing Arts Center," he says. "It's really amazing and offers us a safe indoor venue for live concerts. We are extremely lucky!"

Jeter says season ticket renewals for current and previous subscribers will go on sale in late June or early July, while tickets for new subscribers and single concert ticket sales will begin sometime in August.

"However," he adds happily, "there is a good chance we will sell out on subscription sales for the upcoming season, so people should order their tickets as soon as they can!"