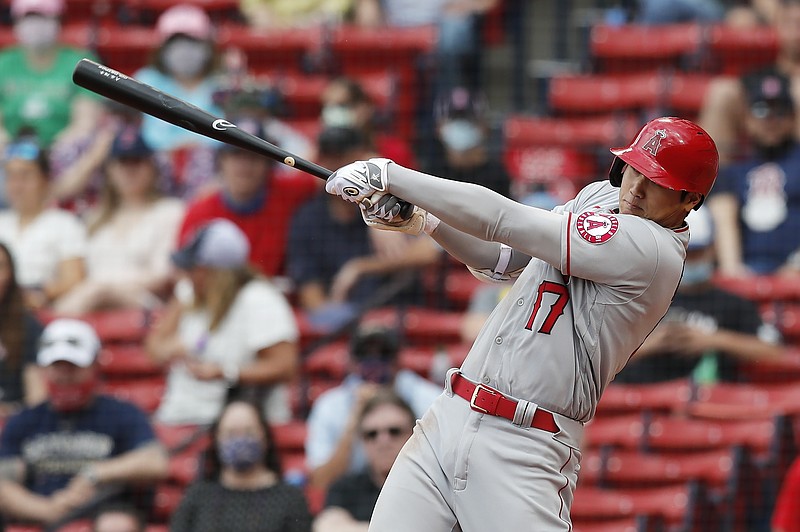 Los Angeles Angels' Shohei Ohtani follows through on a fly out during the seventh inning of a baseball game against the Boston Red Sox, Sunday, May 16, 2021, in Boston. (AP Photo/Michael Dwyer)

Bieber (4-3) had fanned at least eight in 20 consecutive games, but the reigning AL Cy Young Award winner fell short with seven. He was pulled after issuing his fourth walk, and finished his shortest outing of the season at 4 2/3 innings trailing 3-0.

"The last few outings haven't been super sharp like the beginning of the year," Bieber said. "That's the way baseball goes if you're starting. You have to ride the highs and lows."

The victory was Seattle's third in a row following a season-high five-game losing streak. Cleveland has lost three in a row.

Seven Mariners pitchers combined for 13 strikeouts. Opener Robert Dugger went three innings and Paul Sewald (1-0) pitched the next two to pick up his first win since 2019.

Kendall Gravemen worked the ninth for his fifth save. The bullpen start was necessary after four Mariners with starts this season have landed on the injured list.

"They know they have to lean on each other," Mariners Manager Scott Servais said.

Haniger, tied for the major league lead with 12 home runs, doubled and scored on Kyle Lewis' single in the first.

Bieber walked Haniger and Kyle Seager to start the third, setting up J.P. Crawford's two-run single. Crawford said the team decided to be aggressive against Bieber.

"Bring it on, I'm going to rake your face," Crawford said. "That's what I'm thinking in the box."

ORIOLES 10, YANKEES 6 Maikel Franco homered and drove in three runs, rookie Bruce Zimmermann came out of the bullpen to allow one run and two hits over 5 2/3 innings as Baltimore avoided rallied from a four-run deficit to beat New York and avoid a three-game sweep.

ASTROS 6, RANGERS 2 Yuli Gurriel broke a 2-2 tie with a sacrifice fly off Joely Rodriguez in a four-run eighth, Chas McCormick added a two-run single and Houston defeated Texas for its sixth consecutive victory.

ATHLETICS 7. TWINS 6 Matt Chapman had three hits and three RBI and Ramon Laureano scored the go-ahead run on a wild pitch in the ninth inning by Taylor Rogers in Oakland's victory over Minnesota.

PADRES 5, CARDINALS 3 Rookie Ivan Castillo had a pinch RBI single for his first big league hit to cap a go-ahead, four-run rally in the fourth inning and San Diego, bolstered by minor leaguers during a covid-19 outbreak, beat NL Central-leading St. Louis for a three-game sweep.

BREWERS 10, BRAVES 9 Freddy Peralta struck out 8 and allowed 2 hits over 6 scoreless innings for Milwaukee, which took an 8-0 lead and held on to beat Atlanta.

CUBS 5, TIGERS 1 Kyle Hendricks allowed 1 run and 8 hits in eight-plus innings, and struck out a season-high 8 as Chicago defeated Detroit. 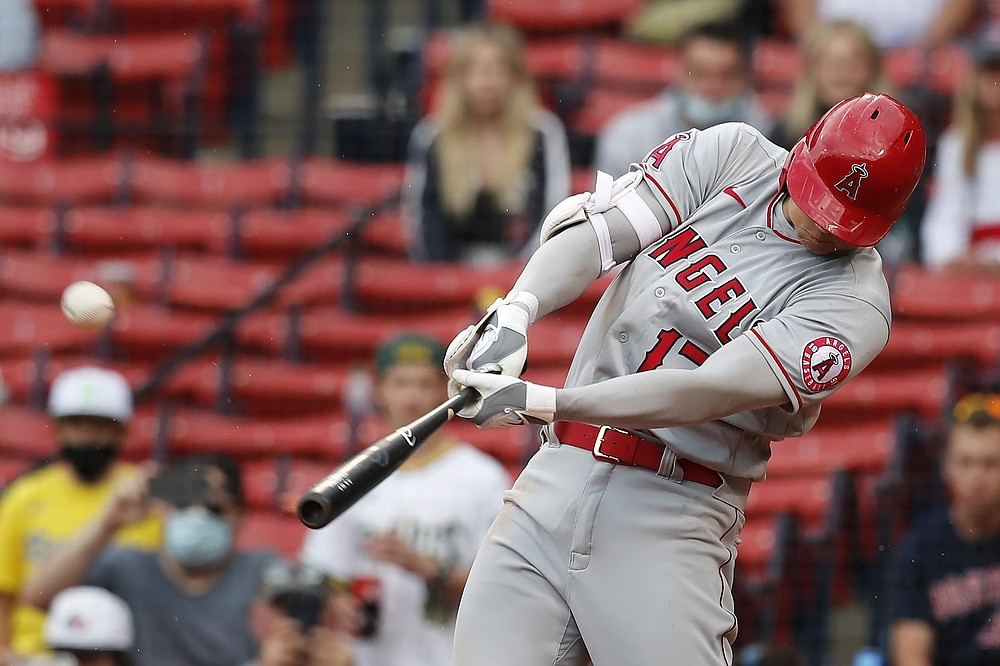