NBA seeds settled; Lakers in at No. 7 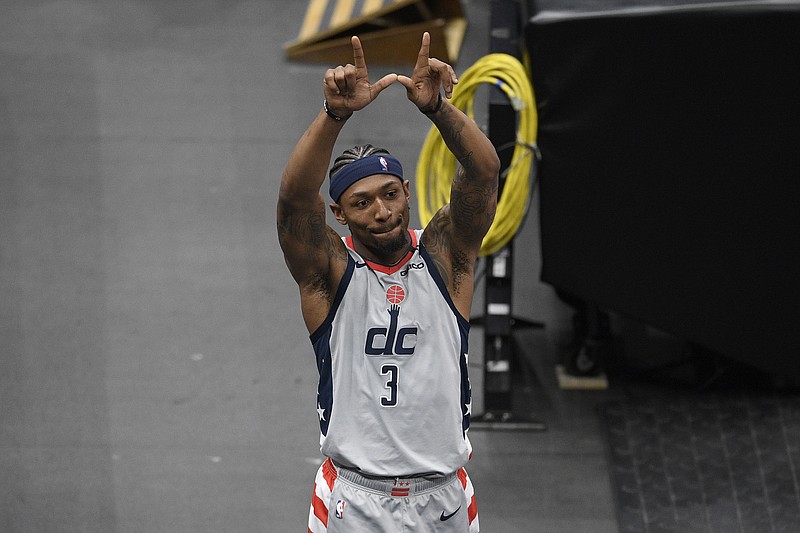 Washington Wizards guard Bradley Beal (3) gestures to the crowd after an NBA basketball game against the Charlotte Hornets, Sunday, May 16, 2021, in Washington. (AP Photo/Nick Wass)

Bring on the play-in, with the NBA's regular season complete and the defending champion Los Angeles Lakers still not officially in the postseason.

The NBA's new play-in tournament begins Tuesday night, and it took until the 146th and final day of this compressed season to determine who is going where for the playoffs.

The Eastern Conference matchups: No. 7 Boston will host No. 8 Washington, and No. 9 Indiana host No. 10 Charlotte in the NBA's first elimination game this season. Both of those games are Tuesday.

And the Western Conference: the seventh-seeded Lakers and LeBron James hosting No. 8 Golden State and Stephen Curry, along with No. 9 Memphis playing host to No. 10 San Antonio. Those two matchups are Wednesday.

"We've given ourselves a chance to play games that matter," Curry said after the Warriors beat Memphis to clinch the eighth seed for the play-in.

James has been one of the critics of the play-in round, saying recently that the person who came up with the idea "should be fired."

And now, the play-in awaits him.

The Boston-Washington winner goes straight to the playoffs as the East's No. 7 seed and will play No. 2 Brooklyn; the loser of that game will host the Indiana-Charlotte winner on Thursday to determine the East's No. 8 seed and who will face top-seeded Philadelphia in Round 1.

Same deal out West: The Lakers-Warriors winner is the No. 7 seed and will play Phoenix; the loser there will play host to the Memphis-San Antonio winner for the right to play the top-seeded Utah Jazz, who will have home-court advantage throughout the entirety of the NBA playoffs.

The West first-round matchups that are set have third-seeded Denver against sixth-seeded Portland, and the fourth-seeded Los Angeles Clippers meeting fifth-seeded Dallas in a rematch of an opening series from last season.

Getting to the No. 8 spot for the play-in round in the East is a massive comeback story for the Wizards, who started the season 0-5 and 3-12, were shut down for two weeks in January for coronavirus-related issues, had to play 38 games in the season's final 67 days to make up for all that lost time and were 17-32 early last month.

They're 17-6 since, rallying from 16 points down to beat Charlotte on Sunday and with Russell Westbrook -- the league's all-time triple-double king -- getting his 38th one of the season.

"Obviously, Washington's rolling," Celtics Coach Brad Stevens said. "They're a heck of a basketball team. ... They're a handful. Tuesday night's going to be one heck of a challenge."

Meanwhile, New York -- which was sent home after the regular season in each of the last seven years -- not only is back in the playoffs but will open them at home. New York's win over Boston locked the Knicks into the East's No. 4 seed and a first-round matchup against No. 5 Atlanta.

That means reigning East champion Miami will open as the No. 6 seed. The Heat will open the playoffs at Milwaukee, the No. 3 seed, in a rematch of last year's East semifinals. That was sealed when Brooklyn beat Cleveland on Sunday night, giving the Nets the No. 2 seed in the East and a matchup with the Boston-Washington winner in Round 1.

One other matter of importance was decided Sunday -- the scoring title.

Bradley Beal scored 25 points for Washington and ended the season averaging 31.3 points per game. That meant Curry needed only three points in the Warriors' game against Memphis to ensure he finished ahead of Beal.

Curry scored 46, pushing his final average to the season to a career-best 32.0 per game. It is Curry's second scoring title, and he becomes just the second player age 33 or older to win one in NBA history. The other is Michael Jordan. 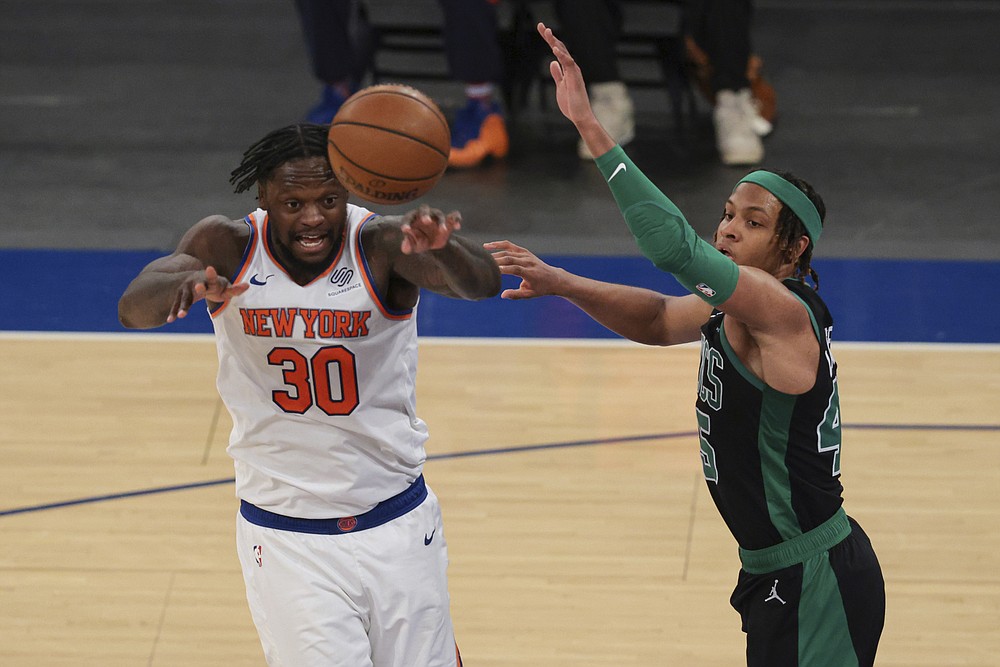