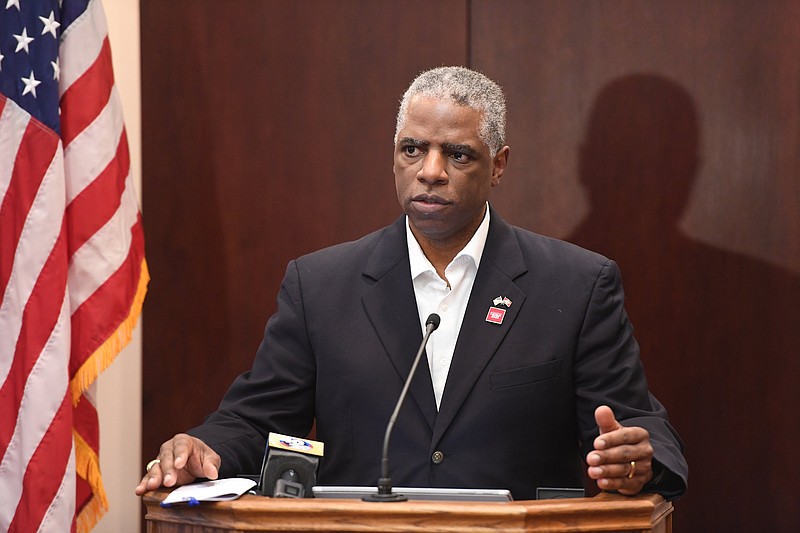 "I'm running for lieutenant governor because there are big issues facing our state and my record of cutting government waste, recruiting new businesses and standing for conservative values are needed for a better Arkansas," Wood said in his announcement.

"I will bring to the office real–world experience from working with major corporations in the private sector to being a small business owner and fighting for our shared pursuit of life and liberty in the state."

No Democrat had announced as of Monday morning.

Wood is serving his second term as county judge. He cited the county's fast growth as an example of what he could do for the state. He serves as chairman of the Community, Economic & Workforce Development Steering Committee, the Veterans and Military Services Committee and the Broadband Task Force and Advisory Council for the National Association of Counties.

Prior to becoming county judge, Wood served Arkansas as deputy secretary of state under Mark Martin. He was responsible for the Business Commercial Services and Education Divisions and worked with the Elections Division.

He focused on making the state more business-friendly, expanding education opportunities and civic engagement programs and improving election security and reporting processes, according to his announcement.

In the private sector, Wood's announcement cited his position as head of international recruiting for Walmart Stores Inc. and as district human resources director for Home Depot.

Wood was raised in an Chicago orphanage and adopted at ten years old. He grew up with two brothers and a sister in Chicago where his mother was an educator and his father a construction worker, his announcement says.