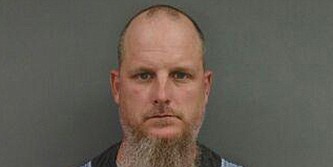 A third Arkansan has been arrested in connection with the Jan. 6 riot at the U.S. Capitol.

Jon Thomas Mott, 38, was arrested Thursday at Flippin, according to federal court documents from the District of Columbia.

Connor Hagan, a spokesman for the FBI in Little Rock, said agents searched The Bean Barn in Flippin and Mott's residence near Yellville on Thursday.

Mott worked at The Bean Barn, which is a coffee shop operated by his wife.

Since January, FBI agents had made at least two other visits to The Bean Barn, according to the criminal complaint.

During a visit there on Feb. 5, agents noted "a distinctive tattoo" on the ring finger of Mott's left hand. The same tattoo can be seen in video from inside the Capitol on Jan. 6, according to the criminal complaint.

Other videos and Facebook posts helped investigators identify Mott, according to the court filing.

One video shows Mott in the Capitol with "swollen eyes" pouring water on another person's face, according to the criminal complaint.

"This behavior is indicative of recovery from tear gas or similar chemical irritant, which was deployed by law enforcement on Jan. 6, 2021, in an effort to subdue rioters seeking entry into the Capitol," according to the court document.

Some of the videos showed Mott interacting with Metropolitan Police officers in the Capitol rotunda, according to the criminal complaint.

"In one body-worn camera video, at approximately 3:00 p.m., Mott joined a group of rioters, who were yelling at the MPD officers," according to the court document. "These MPD officers were attempting to restrict the rioters from moving through the exit that led to other sections of the Capitol building.

Mott was booked into the Sebastian County jail in Fort Smith on Thursday. He was released Friday on a $5,000 signature bond, according to Fort Smith federal court records.

Mott had a 17-minute hearing on Friday before U.S. Magistrate Judge Mark E. Ford in Fort Smith. Jose Alfaro was appointed to be Mott's federal public defender. Mott has a teleconference hearing scheduled for Friday with the federal court in the District of Columbia.

Mott has been charged with violating:

• 18 U.S.C. § 1752(a)(1) Knowingly entering and remaining in any restricted building or grounds without lawful authority

• 18 U.S.C. § 1752(a)(2) Knowingly engaging in disorderly or disruptive conduct in restricted building or grounds

• 40 U.S.C. § 5104(e)(2)(D) Knowingly uttering loud, threatening or abusive language, or engaging in disorderly or disruptive conduct in the Capitol with the intent to impede, disrupt or disturb the orderly conduct of a session of Congress

According to the criminal complaint, Mott's spouse, Hope Anderson-Mott, started a GoFundMe.com fundraiser on Jan. 3 to help pay for Mott's trip to Washington, where he would be "protesting corruption in DC on Jan. 6th."

Mott traveled to Washington with a person from Oklahoma, according to the court filing.

Other Arkansans arrested in connection with the Jan. 6 riot are Peter Francis Stager of Conway and Richard "Bigo" Barnett of Gravette. Both have pleaded innocent. Neither has gone to trial yet. Barnett has been released from jail pending trial, but Stager remains incarcerated in the District of Columbia.

Barnett became famous for putting his feet on a desk in House Speaker Nancy Pelosi's office.

Stager is charged with using a flagpole to beat a police officer on the Capitol steps.

The Jan. 6 riot escalated from a "Stop the Steal" rally in which supporters of former President Donald Trump entered the Capitol and attempted to stop Congress from certifying the Electoral College vote indicating Joe Biden had won the presidential election. Five people died during the riot while members of Congress cowered in their offices and bathrooms.