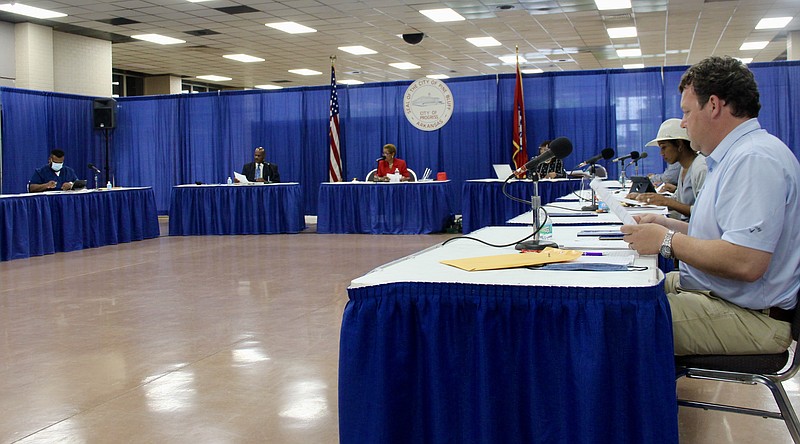 The Pine Bluff City Council approved a resolution directing the immediate implementation of a 2014 resolution to solicit proposals for a survey to establish the boundary limits of the city of Pine Bluff. (Pine Bluff Commercial/Eplunus Colvin)

A resolution was approved during the Pine Bluff City Council meeting Monday directing the immediate implementation of a 2014 resolution for the city to solicit proposals for a survey to establish the boundary limits of the city of Pine Bluff.

The original resolution, which passed Aug. 18, 2014, approved the hiring of a firm and a survey to be done, and boundary lines of the city to be established by Dec. 31, 2014, which was never acted upon, according to council members.

According to city council member Joni Alexander, there is the possibility that wards would need to be redistricted or even reduced because of the population decline in Pine Bluff.

"We are a city that is actually on the decline," said Brown. "I've not been able to understand how Pine Bluff has a territory that is being claimed by another city and that's White Hall."

Brown said that after living at a residence in Pine Bluff for 17 years, he now has a White Hall address.

"We are bounded by our territory and we need to know where they are. Stop allowing others to claim our territory," said Brown. "What (Steven) Mays did in 2014 under the other mayor, it just sat idle and no one looked at it or said anything."

Whitfield, who is on the Education Committee of the Pine Bluff NAACP, said they were already looking into the issue because when it came down to real estate, the way the current lines were drawn, Pine Bluff was not receiving those funds.

"Somewhere behind Brookshires, all the way to the city limit, there's an issue when it comes to funding for the school system," said Whitfield. "Some years ago, they drew the lines and Pine Bluff now, the former Dollarway area was not receiving all the funding. We need to know where that true line stops."

Council member Mays said the Pine Bluff boundary line runs into White Hall, and he had the same concerns as Whitfield when it came to the school district.

Mayor Shirley Washington said she had not checked into the school district but has checked into the zip code and traced numerous businesses in that area to see where the tax dollars were going.

Washington assured the council that even though the zip code says 72602, White Hall, Arkansas, the taxes are being paid in Pine Bluff.

She also said entry signs are being put up to designate city lines.

"In some cases, we can't put them right on the property line," said Washington. "Even though the property line might run in a certain spot, you still have to get clearance from the owner of that property. There are some owners that are not cooperating with us in one particular spot."

Washington said establishing the boundaries of the city needs to be done.

• An ordinance to close the east-west alley located north of the 5900 block of Dollarway Road.

• An ordinance to close the remaining portion of the east-west alley located north of the 300 block of W. Martin Street.

• An ordinance to close the east-west alley located in the 800 block of Juniper Street.

• An ordinance to rezone the 5100 block of Bullock Street.

• An ordinance adopting policies and procedures concerning the use of force and use of body cameras for the Animal Control Department.

• An ordinance waiving competitive selection and authorizing an agreement with Smart Chrysler Dodge to acquire a vehicle for the Code Enforcement Department. 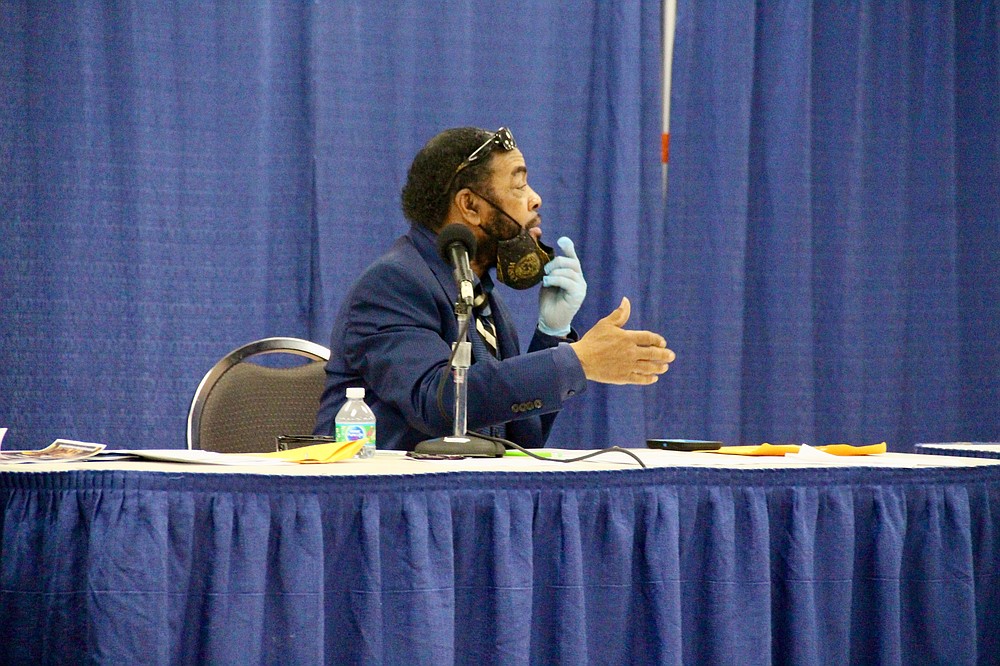