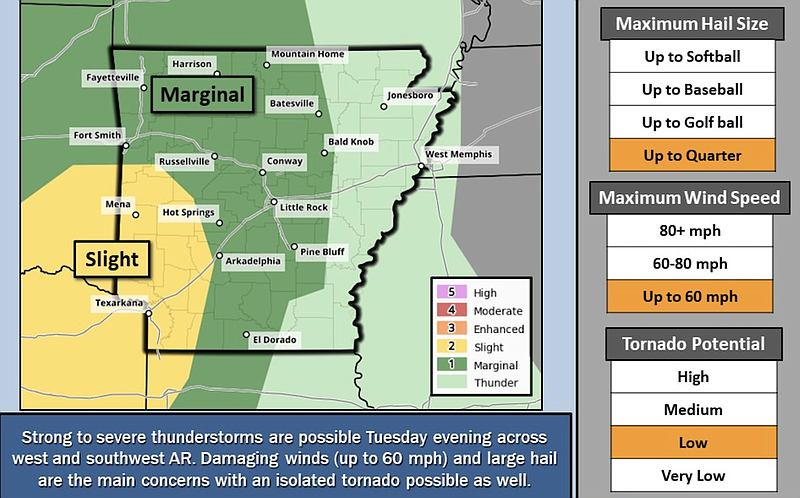 Several rounds of rain and thunderstorms are expected across the state through Thursday night, according to the National Weather Service.

Rainfall amounts are expected to be heaviest and most widespread Tuesday night into Wednesday and the heaviest rainfall may be over western and Central Arkansas, according to a Tuesday morning briefing from the weather service.

Forecast rainfall amounts show an additional one to three inches possible for the western half of the state, the briefing states.

About a third of the state is considered "marginal risk" for severe weather hazards, including hail up to the size of a quarter and up to 60 mile per hour winds, forecasts show. Forecasters said the potential for an isolated tornado cannot be ruled out.

Forecasters warned of the potential for flash flooding, as the ground over much of central and southwestern portions of the state is already saturated. Area creeks and rivers are expected to rise.