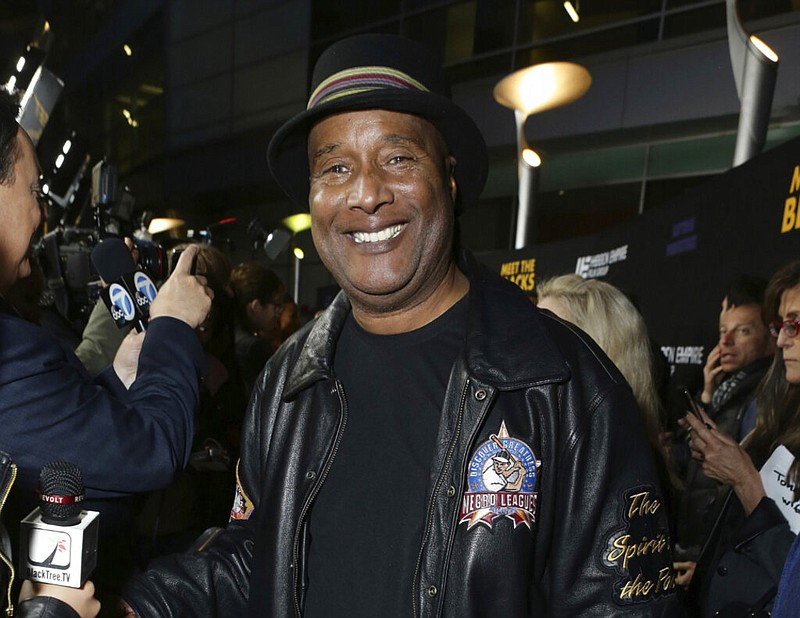 Paul Mooney poses at the premiere of "Meet the Blacks" in Los Angeles in this March 29, 2016, file photo. Mooney, whose sage, incisive musings on racism and American life made him a revered figure in stand-up, died of a heart attack at his Oakland, Calif., home on Wednesday, May 19, 2021. He was 79. (Eric Charbonneau/Meet The Blacks via AP)

NEW YORK — Paul Mooney, the boundary-pushing comedian who was Richard Pryor’s longtime writing partner and whose bold, incisive musings on racism and American life made him a revered figure in stand-up, has died. He was 79.

Cassandra Williams, Mooney’s publicist, said he died Wednesday morning at his home in Oakland, Calif., from a heart attack.

Mooney’s friendship and collaboration with Pryor began in 1968 and lasted until Pryor’s death in 2005. Together, they confronted racism perhaps more directly than it ever had been before onstage.

Mooney wasn’t as widely known as Pryor, but his influence on comedy was ubiquitous. As head writer on “In Living Color,” Mooney helped create and inspire the Homey D. Clown character. He played the future-foretelling Negrodamus on “Chappelle’s Show.”

In any forum, Mooney was uniquely fearless as a comedian. His blunt confrontations with racism and power in white America could be hysterical or simply defiantly unflinching. In his 2012 special “The Godfather of Comedy,” he said the only way to end racism was to “kill every white person on this planet.” Mooney considered himself “the first comic to bring a ‘just between us’ Black voice to the stage.”

Mooney chronicled his partnership with Pryor in his 2007 memoir “Black Is the New White.” They were opposites in many ways. Mooney didn’t drink or do drugs. But they found they shared a natural connection.

“Even though I have a feeling that sooner or later it’s all going to crash, I still accept Richard’s friendship,” Mooney wrote in “Black Is the New White.” “He is irresistible.”

At a time when nearly all television writers were white, Mooney and Pryor first wrote episodes for the sitcom “Sanford and Son” together. They continued on the short-lived 1978 variety program “The Richard Pryor Show.” Mooney helped write many of Pryor’s classic comedy albums, including “…Is It Something I Said?” (1976) and “Live on the Sunset Strip” (1983).

Later generations of Black comics gravitated to Mooney. In the 1980s, he opened for Eddie Murphy on his “Raw” tour. Chappelle, who also hired him as a writer on “Chappelle’s Show,” wrote the forward to Mooney’s memoir.

Mooney wouldn’t make his first solo stand-up special until the 1993 album “Race.” In its torrid opening, he mocks white people for being discomforted by the N-word, a word Mooney used liberally in his act. “You made it up! You shouldn’t have made it up!” he says. “I say it, you think it.”

“I recall listening to his ‘Race’ album in college and how formative it was,” filmmaker Ava DuVernay wrote on Twitter. “Yeah, the jokes. But more so, the freedom. He spoke freely and fearlessly about feelings and experiences others found difficult to express.”

Born Paul Gladney in Shreveport, La., Mooney was raised largely by his grandmother in Oakland. He competed in dance contests as a teenager and appeared on the TV show “Dance Party.” He was drawn to stand-up, he said, after seeing Lenny Bruce perform in the early ’60s. He took the stage name of Mooney from “Scarface” actor Paul Muni.

Mooney was also an actor who played Sam Cooke in 1978′s “The Buddy Holly Story” and Junebug in Spike Lee’s 2000 film “Bamboozled.” Mooney, suggesting the opportunities might have been more, said the film industry was frightened of “a proud black man like me.”

“I was lucky enough to open for Paul Mooney several times,” the comedian W. Kamau Bell said on Twitter. “It was a master class. It was like a Malcolm X speech that had been punched up by Redd Foxx and then in the middle of everything he’d go off on a tangent about Jane Fonda. He was one of the greats.”