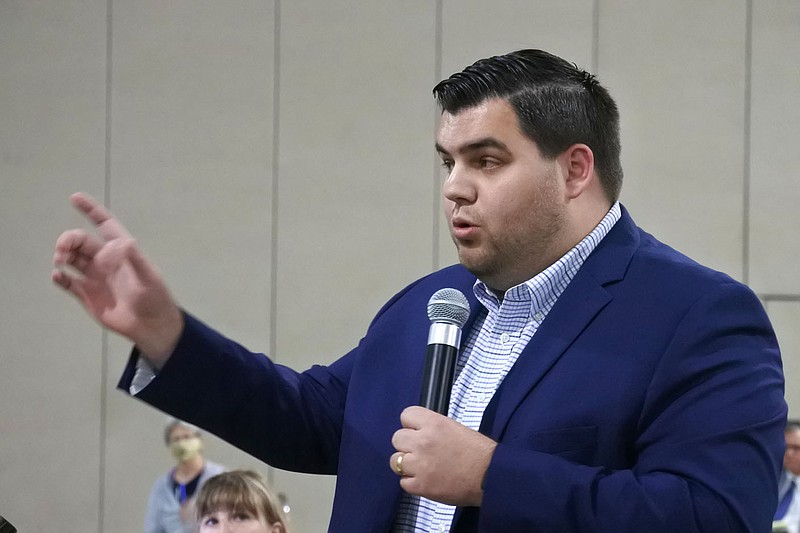 FORT SMITH -- The owner of a defunct golf course has been given the green light to move forward with selling portions of his property, despite some concerns doing so will hurt neighbors' property value.

The city Board of Directors on Tuesday voted 4-2 affirming the Planning Commission's approvals of two replats and one preliminary plat involving parts of the Fianna Hills Country Club. The 158-acre country club, which opened about 40 years ago, has been closed since December 2018.

City directors Kevin Settle and Neal Martin voted no. Director Robyn Dawson abstained, citing a conflict of interest due to having a daughter and son-in-law who live on property that backs up to the golf course.

The preliminary plat will allow eight residential lots at the corner of South 30th Street and Brooken Hill Drive in the Fianna Hills subdivision to be created, according to city documents.

Having unsuccessfully tried to find someone to purchase the country club for the last five to 10 years, Mille and Fianna Properties decided to divide the property into tracts and offer to sell what would effectively be extended backyards to the property owners already there, according to Person.

The Planning Commission approved the replats and preliminary plat earlier this year. John Alford, an attorney for the Fianna Hills Property Owners Association, filed appeals of these approvals, which brought them before the Board of Directors.

Danny Aldridge, a Fianna Hills resident and a Sebastian County justice of the peace, proposed during a Feb. 2 board meeting the board table a decision on one of the replats for 90 days to allow the property owners association to determine how best to seek a resolution to open the country club/clubhouse. The board voted to do this while also postponing any decision on the other replat and the preliminary plat during a meeting March 2.

Mille has also continued to incur "thousands and thousands of dollars" in costs to maintain the golf course property, according to Person. He intends to invest some of the proceeds from lot sales back into the Fianna Hills area should they go well.

"What I would ask is that the city not stand in the way of a private landowner who has complied with all city requirements and has the best of intentions in moving forward in Fianna Hills," Person said.

Mille told the board he and Fianna Properties have exhausted all means of trying to sell the property and it's not viable as a country club or golf course.

Alford and Aldridge spoke out against the replats and preliminary plat as they had in the past.

Alford argued the Fianna Hills area was developed around the golf course, with developers selling property to homebuilders and homeowners for living in a country club and golf course community. He also cited unspecified studies showing values of surrounding homes decrease by 20-25% when a golf course closes.

Martin said the golf course property is an essential part of the Fianna Hills neighborhood.

"If we agree to one of these replats, just a single lot, that golf course is destroyed forever," Martin said.

Martin said doing so will destroy the reason many of the people who live in the area made what will probably be the "single biggest financial decision of their life," meaning their homes.

Maps and other drawings of a proposed subdivision or land development showing the land’s existing character and the preliminary development plan, including the expected location of streets, water and sanitary sewer lines, drainage and other proposed facilities.