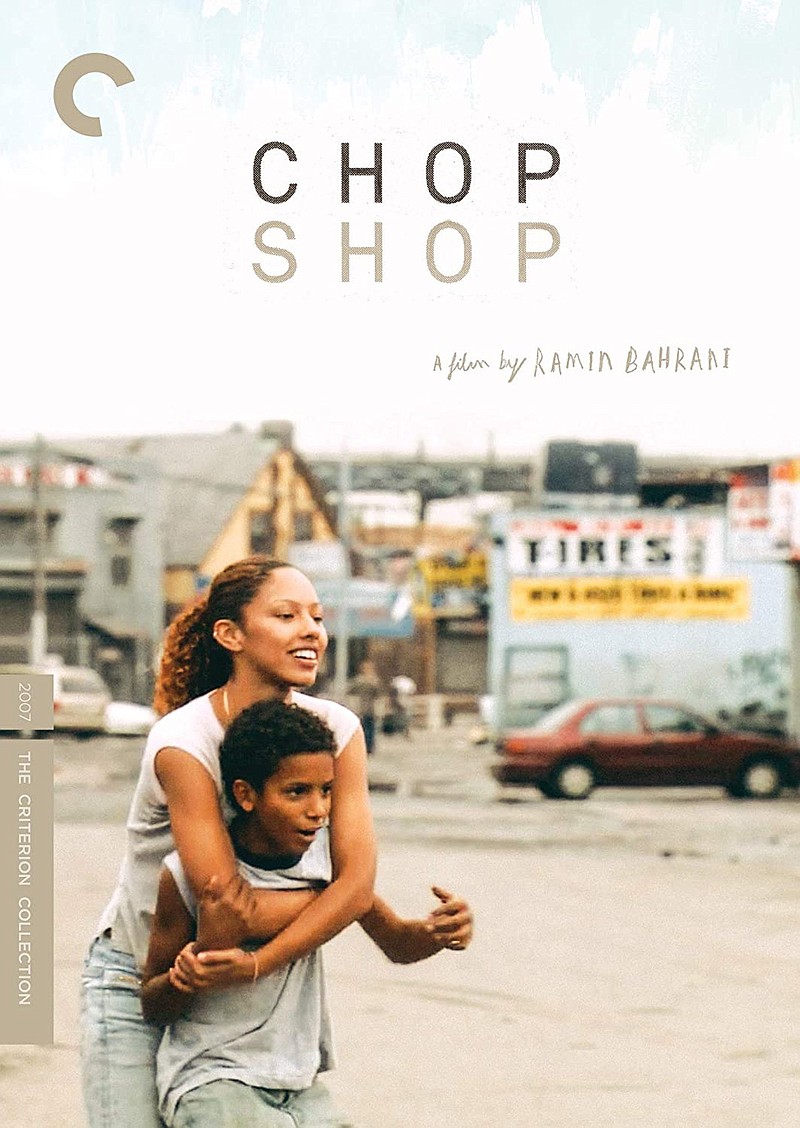 Fans of Ramin Bahrani's excellent "The White Tiger," currently playing on Netflix, should also consider becoming familiar with the accomplished director's earlier work, including "Chop Shop," his 2007 film about an enterprising 12-year-old boy, working the body shop strip out in Jamaica, Queens.

In "Chop Shop," Alejandro (Alejandro Polanco) is a stone cold hustler -- when we first meet him, he's sneaking onto the back of a crew truck, fixing to be a day laborer, despite his age -- but his normal gig is working for a guy named Rob (Rob Sowulski), who owns a body repair and parts shop on a small thoroughfare crammed with similar joints (Ale's initial job is to steer would-be customers Rob's way, amid the crush of other competition).

There's almost never a moment when young Ale isn't working one hustle or other, selling candy on the subway with his buddy Carlos (Carlos Zapata), or pulling out bootleg DVDs to anyone he comes across. He doesn't go to school, and, according to his older sister, Isamar (Isamar Gonzales), never did, but the kid learns like a Rhodes Scholar, adapting to whatever circumstance he has been put in, in order to have a roof over his and his sister's head, crashing together in a makeshift bedroom upstairs from Rob's garage. About the closest he comes to playing is when he and Carlos are spinning a large truck tire down from one shop to another for yet more extra cash.

The kid has also got an enterprising nature of his own: When he spies a cheap food truck for sale at Carlos' shop, he scrimps and hustles until he has enough cash to buy it outright, though his positive belief in himself takes a serious hit after he realizes he has gotten himself hustled in the process. Seemingly orphans (there is no mention of his or Isamar's parents or other family members) Ale looks out for his sister, who lacks his devotion to the endless grind, and seems pulled in directions he is clearly uneasy about.

Bahrani shoots the film in classic verite style, all hand-held cameras, and natural dialogue, capturing a docu-feel for a story as gritty and resourceful as its young protagonist. Ale moves with a near ferocity of purpose, no time for the merest hint of introspection, save for his concern over his sister's whereabouts, and what she might be doing to earn extra cash. As a slice of life story, the film moves in tandem with Ale, never stopping or slowing down long enough to become sentimentalized -- thankfully, the film also doesn't go in for overt metaphor, especially as Ale and Isamar live in the shadow of Citi Field, where the Mets go about their business.

Disc Extras on the Criterion BD Edition: Included with a digital remastering, and a 5.1 surround DTS-HD audio dub, the disc also has an extended roundtable interview with Bahrani, Polanco, and other members of the cast and crew; rehearsal footage; and, an essay from novelist Viet Thanh Nguyen.

Reviewed from the Criterion Blu-ray edition