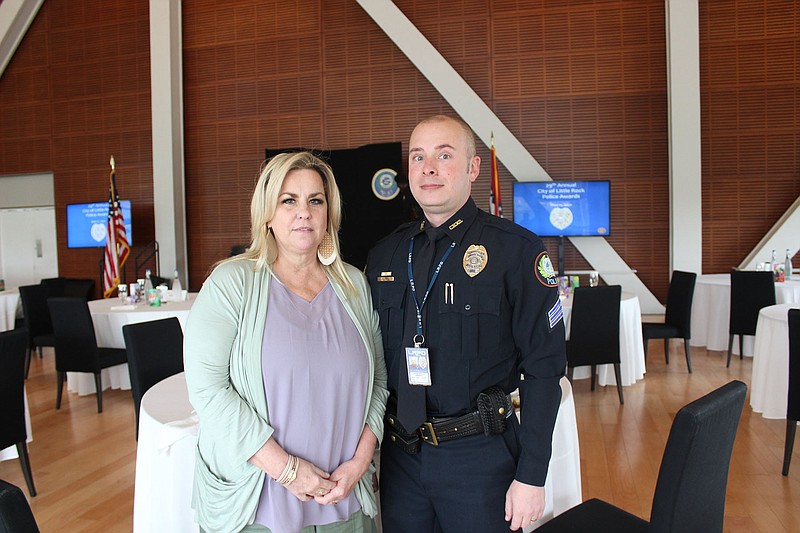 Rotary Club 99 of Little Rock honored five employees of the Little Rock Police Department for their work at its May 11 awards recognition ceremony.

For 29 years, the club has hosted a luncheon recognizing officers and civilians for their accomplishments. This year's presentation was assembled by club member Molly McNulty. Mayor Frank Scott, who is also a member of the club, was the keynote speaker.

The Officer of the Year Award was given to Troy Dillard, a detective who responded to 50 of the city's 55 homicides in 2020. He was assigned to 12 of those cases and cleared nine. He also spearheaded efforts to install new software databases and responded to more than 24 overdose investigations.

The Civilian of the Year Award was given to Kim Green, Communications Center administrator who took on the duties of acting commander of the Communications Division in 2020.

The Police Shield Award was given to officer Christopher Crowder who was shot twice in the leg while patrolling a neighborhood that had been the location of two terroristic acts. Despite being shot, he was able to describe the suspects' vehicle and two suspects were arrested.

The Leadership Award was given to Sgt. Jarrod Purifoy for his efforts in helping the police department earn the Commission on Accreditation for Law Enforcement Agencies' Tri Arc Award. The department became the first agency in Arkansas and the 25th agency internationally to obtain the award.

The Recruit of the Year award was given to officer Robert Scoggin who scored 94% or higher in academics, physical fitness and firearms proficiency.