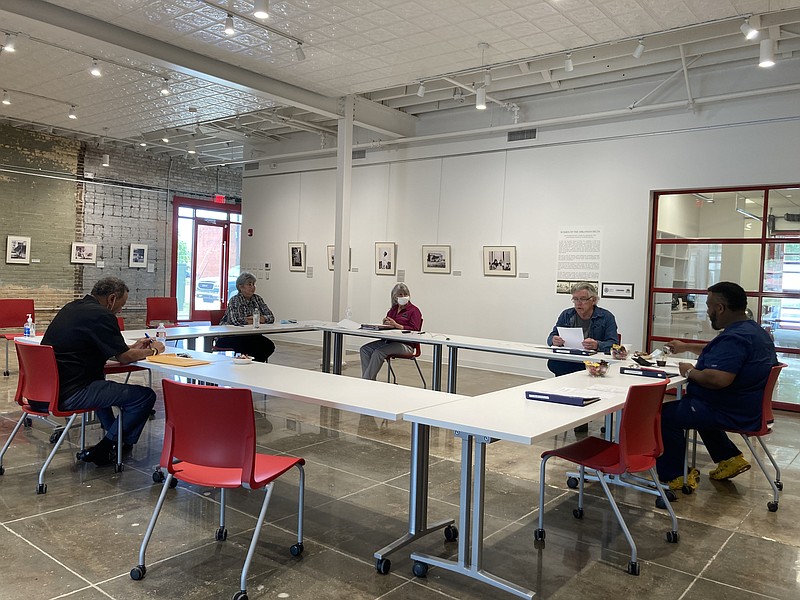 In April, the city of Pine Bluff set a record for the amount of money it collected from its Advertising and Promotion tax on restaurants and hotels, officials were told Monday, likely pointing to the fact that the public is ready to resume normal living after a year of pandemic-related limitations.

Sheri Storie, director of the Advertising and Promotion Commission, told the members of the commission's finance committee that the total collected was $175,728. The receipts come from a 2% tax on prepared food and a 3% tax on inns. Most of the money -- $150,418 -- came from prepared food.

"It's the highest monthly collection we've ever had," Storie said, adding later that she had scoured the months back to 1997 and only found one -- in the $160,000 range from decades ago -- that came close to April's number. "I can't imagine any other month being higher prior to that."

One reason for the upswing, she said, was that life was returning to normal and people were eager to embrace it.

Another factor affecting the increase is that people have more money to spend, she said. The additional cash comes from income tax refunds seen at this time of the year, which causes a slight "uptick" every year, but also from stimulus checks that most people received from the government.

"People have more money to spend; they've got more disposable income," Storie said, "and they're spending it on prepared food."

Storie said the increase was not attributable to tourism but rather was concentrated in "leisure travel." Storie said she had contacted a couple of hotel operators, and they reported that the increase they have seen has been from a sudden rise in family and class reunions. Business travel, the owners said, was still lagging due to pandemic-related restrictions or fears, she said.

Storie said May is also looking strong, and the year may turn out to be a good one, considering that families will start receiving child tax credits starting in July and will continue to receive them through the end of the year.

On a related matter, Storie told the finance committee members that she was ready to have the commission's compliance auditor, George Stepps, start randomly checking the taxes reported by restaurants and hotels.

If a discrepancy is found, Storie said, then a full audit could be conducted. And if the restaurant or hotel is found to owe the city additional taxes, then the A&P Commission, after exhausting other remedies, could put a lien on the property and/or ask the city not to renew the business's license until the debt is paid.