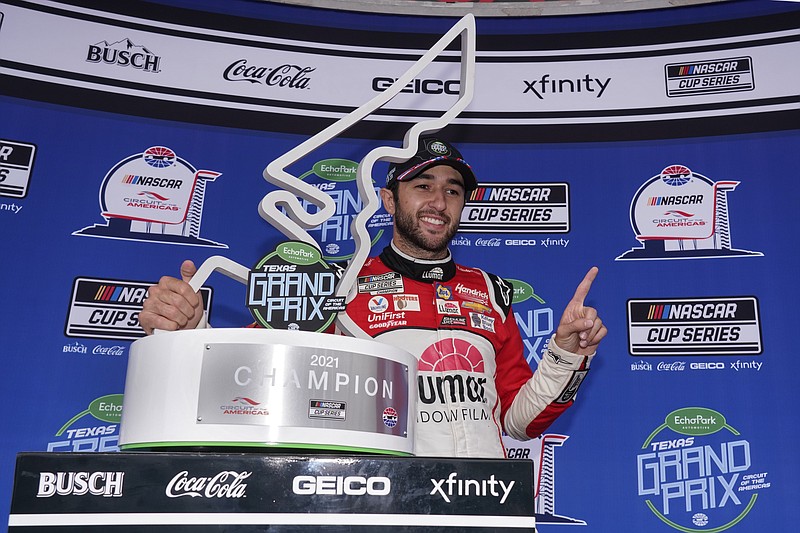 Chase Elliott, left, poses with the trophy in Victory Lane after winning a NASCAR Cup Series auto race at Circuit of the Americas in Austin, Texas, Sunday, May 23, 2021. (AP Photo/Chuck Burton)

AUSTIN, Texas -- Hendrick Motorsports tied The King in the rain, spray and mud of Texas. Now it's time to go home to see if it can pass Richard Petty as NASCAR's winningest team.

Chase Elliott's victory in the rain-shortened Texas Grand Prix at Circuit of the Americas earned Hendrick Motorsports win No. 268 to tie Petty Enterprises for most Cup wins in NASCAR history.

Next stop: Charlotte Motor Speedway on Sunday for the Coca-Cola 600 -- home turf for team owner Rick Hendrick to possibly make more history. His organization has a record 11 wins in NASCAR's longest race.

"That's our home track. That track means a lot to us. Our shops are about a mile away," Hendrick said. "Everybody would be able to celebrate together. So that would be awesome because that is our home."

Victory lane turned into memory lane for Hendrick after Elliott's win Sunday. The team owner reflected on his storied organization and the partnership that almost was when the team launched in 1984.

"Richard Petty was going to be my first driver. I thought we had a deal. It didn't come together," Hendrick said. "The respect and admiration I have for him and Kyle, that whole family, it's a big deal for me to be just mentioned with him."

It would feel even better to beat him. The countdown to this day has been a long-time coming.

Hendrick started the team with fewer than 20 full-time employees. It now has more than 600. He was a technical adviser for the Tom Cruise movie "Days of Thunder" and was one of the four original owners of the Charlotte Hornets.

Through the years, he has battled leukemia, pleaded guilty to mail fraud and was later pardoned by President Bill Clinton. In 2004, a plane owned by Hendrick Motorsports crashed, killing all 10 people aboard, including Hendrick's son, brother and twin nieces.

And while that initial Petty driving deal fell through, there have been other Hall of Fame drivers in the Hendrick garage. Jeff Gordon won 93 races and four championships driving for Hendrick. Jimmie Johnson won 83 races and a record-tying seven championships. Terry Labonte won 12 times and one championship.

There were rough times too, like from 2017 to 2019 when Hendrick failed to advance a driver into the championship round.

"I've been through some good times, some bad times, at the top of the mountain, then couldn't hit our butt," Hendrick said. "Worked hard, kept going. I think the test of a real company is when you get in those lows, you don't point fingers and you don't jump ship; you just work."

Hendrick recalled some of the milestone victories along the way. The 1-2-3 finish at Daytona in 1997. Johnson winning his seventh championship to tie Petty and the late Dale Earnhardt in the last race of the season. Elliott winning the title in Phoenix in 2020.

"Man, there's just so many. All of them are special," Hendrick said.

The team certainly has a winning formula again. All four Hendrick drivers have won this season, with Elliott finally breaking through Sunday when NASCAR stopped the race because of the rain. It handed Elliott the 12th win of his career and made him the lucky driver to help the boss tie an important NASCAR milestone.

"To tie Richard Petty obviously is a big one. The boss has been on us heavy about that record," Elliott said. "He wants that record."

It mattered little to driver or team owner that the tying victory came in a race that was twice red-flagged in a downpour before it was finally called with 14 laps to go.

Elliott, a road course master, was favored to win and got himself to the front at the right time. The poor conditions led to almost-blind driving down the long straightaway that unnerved some drivers and led to a couple of crashes that took out several cars.

Kevin Harvick, whose car was knocked out in one of the crashes, called the conditions too dangerous to race.

"We certainly don't want to put anybody in harm's way out there," Miller said. "It's a a tough job for us to balance a competitive event, a good show for the fans and with the drivers' best interests. Maybe we did let it go a little too long out there." 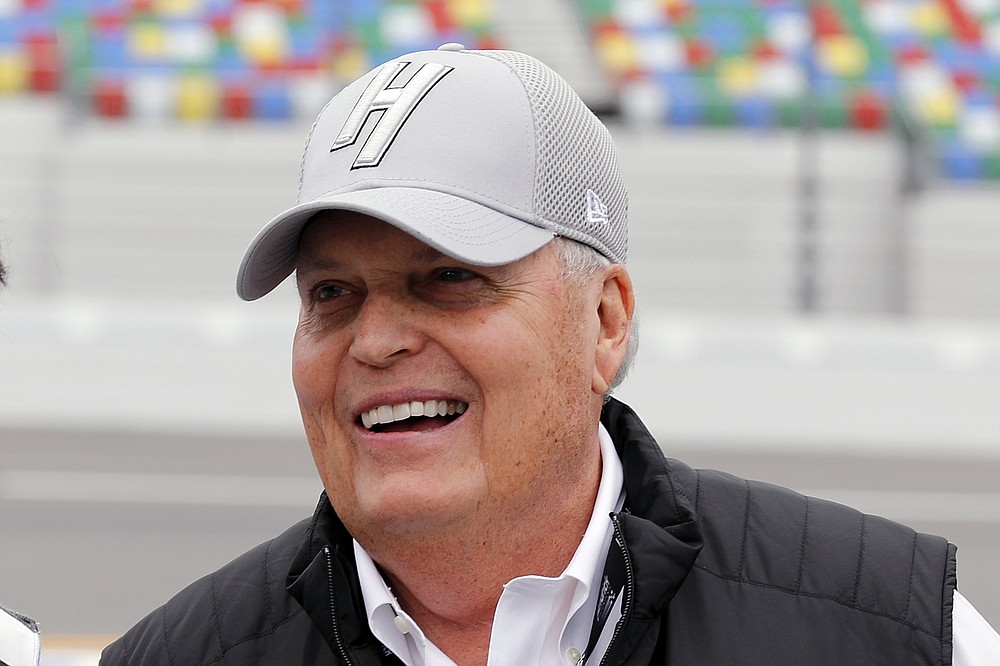 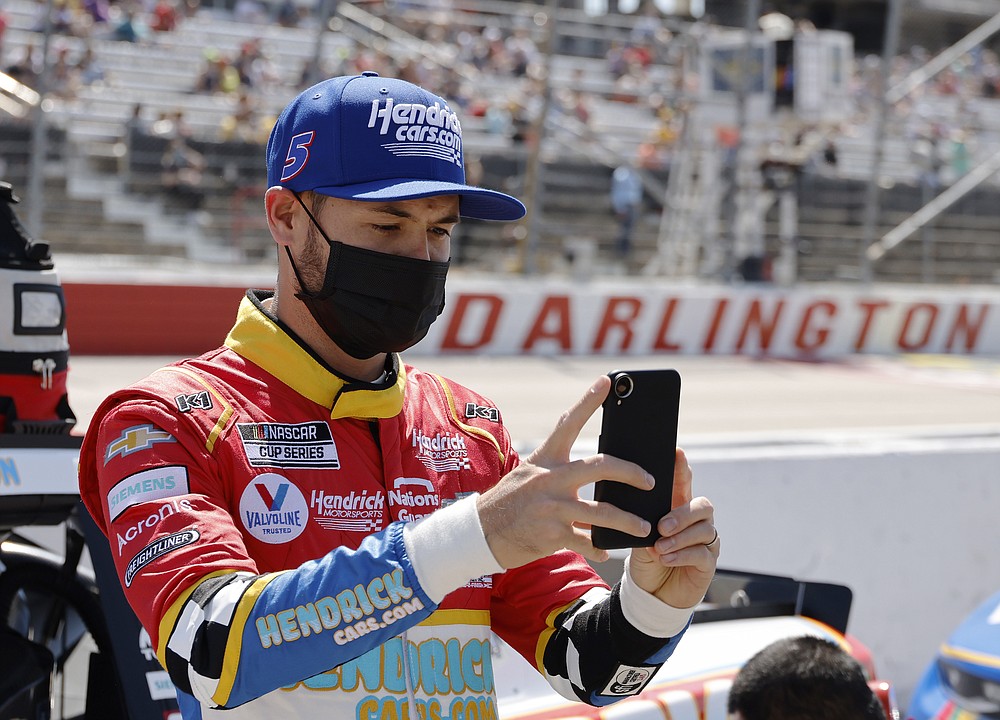 FILE - In this Sunday, May 9, 2021, file photo, Kyle Larson uses his cell phone before the NASCAR Cup Series auto race at Darlington Raceway in Darlington, S.C. Larson took time out from his NASCAR schedule to Zoom in with the class at Philadelphia’s Urban Youth Racing School. The Philly-based program that creates opportunities in racing for minorities extended an olive branch last year to Larson after the driver was caught using a slur during an iRacing event in April.(AP Photo/Terry Renna, File) 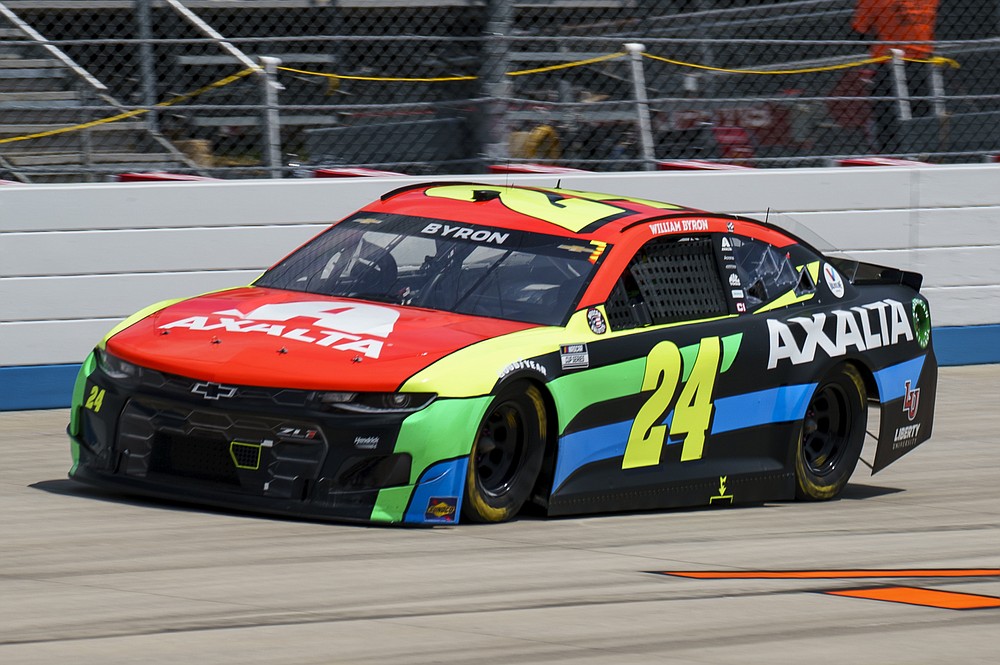 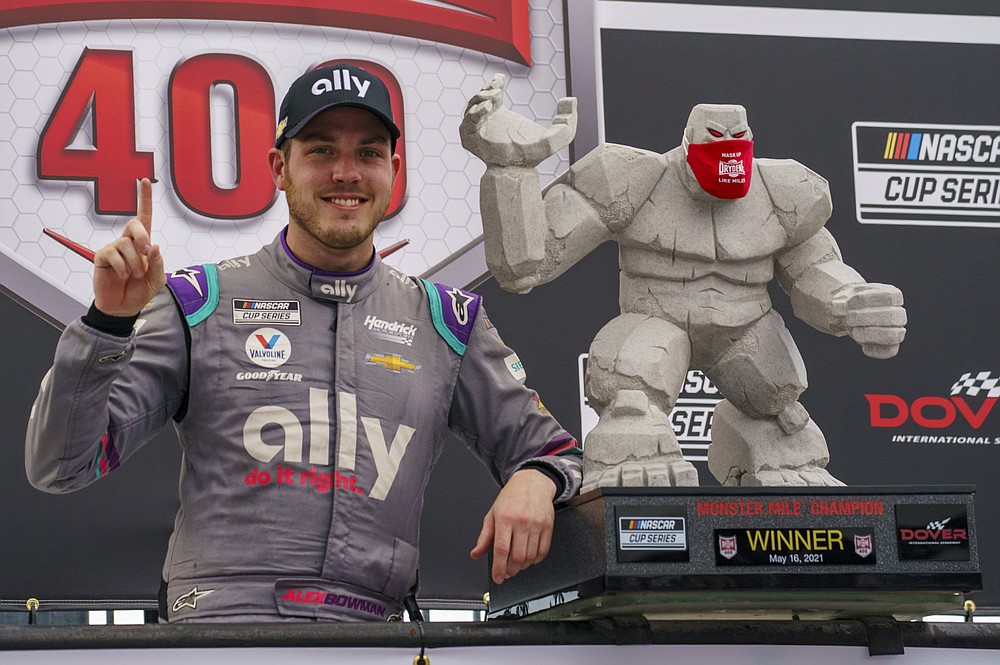