University of Arkansas at Monticello notebook 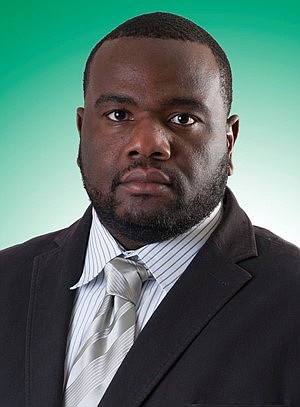 Hill, a 1999 Watson Chapel High School graduate, will go into his 11th season on the UAM staff – all under Hud Jackson – and fifth as offensive line coach after spending previous years coaching the defensive line. He lettered four years for the Boll Weevils from 1999-2002.

"Coach Jackson has allowed me to do more in terms of decision-making and organization," Hill said. "I thank Coach for that. The title is one of those things where a title is just a title. Being here at UAM, I feel comfortable coming to work each day, being that I'm an alumnus of here and I've been here for a while now, teaching and coaching young men. It's one of those deals where I'm blessed to be in this situation today."

In a news release, Jackson said Hill "loves our great university," calling him "someone I lean on hard for advice and decision-making. He is a vital part of our staff, this school and our awesome community."

Athletic Director Padraic McMeel, who's leaving UAM next month to take the same role at Black Hills State University in South Dakota, said Hill has been "a fixture" as a player and coach in Monticello.

"He has shown a passion and love for UAM and the student-athletes, and this promotion is a way for us to thank and recognize him for his continued work in taking the Weevil football program – and UAM Athletics – to new levels," McMeel said. "Chancellor Dr. Peggy Doss understands Coach Hill has put forth for UAM and it was important to her that we recognize him with this promotion."

Hill returned to UAM in January 2011 after playing five years of semiprofessional football and making coaching stops at Arkansas Tech and Jackson State.

Hill helped the Weevils' offensive line rank first in sacks against among NCAA Division II teams in 2017. The 2018 Weevils posted the program's first regular-season winning record in a decade at 6-5, earning a berth in the Corsicana (Texas) Bowl (a 30-22 loss to Emporia State of Kansas).

UAM went 5-6 in 2019 for its third straight five-win season, the longest such streak since six straight from 1983-88. The school's 2020 season was canceled due to the coronavirus pandemic.

"It's been a struggle as far as dealing with covid," Hill said. "They have played a little football, what we call the fall and the spring. We had a total of 35 practices and a great spring game. The sky's the limit for us. We've been getting bigger, faster, stronger. I think we'll have a great season coming up."

The Weevils' 2021 season will kick off against Southern Nazarene of Oklahoma at 6 p.m. Sept. 2 in Monticello. All 11 of UAM's games will be Great American Conference contests.

"We are really excited that Kris is being named associated head coach," Tolin said. "He has been a huge part of the success of our program over the last three years. He is a huge asset, and we are appreciative of all the long hours and hard work he puts in every day to make UAM basketball better. Kris embodies everything this program is about, and we are excited to continue this journey with him here. There is no more deserving of this title than Kris."

Borman of Camrose, Alberta, led the Boll Weevils with 16 home runs, 46 hits, 40 runs batted in, 38 runs scored and 11 doubles while posting a .338 batting average. He had 14 multi-hit games and two games with more than one home run this season.

Borman also made the All-Great American Conference team for the third time, earning first-team accolades in 2021.