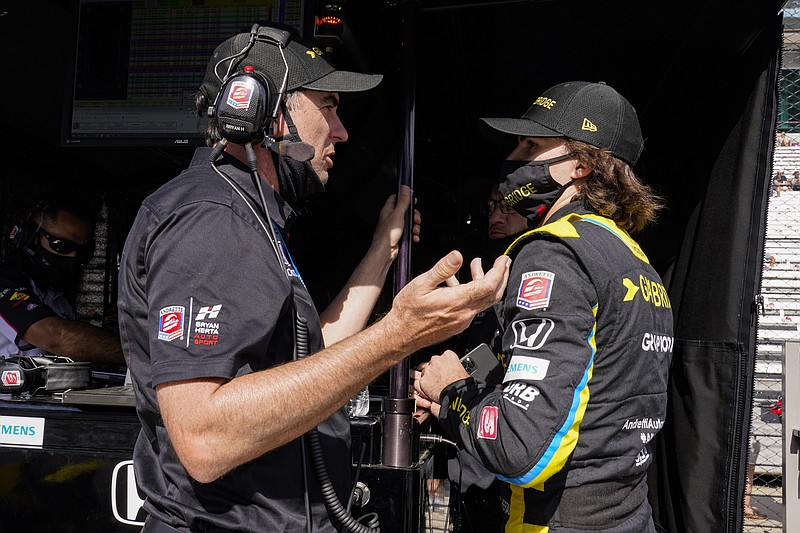 INDIANAPOLIS -- Michael and Marco Andretti had epic screaming matches during races. Bobby Rahal found "No kid wants to listen to their dad" when he worked with his son, Graham.

The Andrettis and Rahals were the poster families for the notion that father and son should never be paired at the highest levels of motorsports. But as team owner at Andretti Autosport, Michael Andretti dismissed his own experience and named Bryan Herta race strategist for Colton Herta, his 21-year-old son.

Andretti has known Colton Herta since he was born and watched him develop into the hottest young commodity in IndyCar. Herta starts second in the Indianapolis 500 on Sunday after a nerves-of-steel qualifying run bettered only by six-time IndyCar champion Scott Dixon.

As he crossed the finish line on his run and shot to the top of the leaderboard, his father -- in a flat and steady voice -- congratulated his son on the qualifying run and told him, "Havana, Havana, Havana." The Hertas were speaking code, and Bryan would only reveal the remark was inspired by The Ramones song "Havana Affair."

They have worked out their own language five races into their first season working together, convincing Michael Andretti this was the right pairing for the centerpiece driver of the organization.

"Colton is a little different. He's so quiet and laid back," Michael Andretti said. "He's not high-strung like we are, and I think it will work. I just love the kid, his whole attitude is just like, 'Whatever.' He was this funny, crazy kid and as he's gotten older, he's so much quieter and so focused on his job."

Colton Herta was the same kind of teenager as Graham Rahal. He admits he didn't want to listen to anything his father -- a competitor at the highest levels of American open-wheel racing -- had to say about motorsports. But as Herta moved into bigger and faster cars, he smartened up and recognized his dad's knowledge accelerated his education.

They never worked together, not until this year, and in their very first race didn't even make it through the first turn as Herta was collected in an opening lap crash. So the second race of the season was their actual debut, and Bryan Herta guided his son to one of the most dominating victories in recent IndyCar history.

Herta led 97 of the 100 laps at St. Petersburg to pick up his fourth career win, matching the total his father amassed over 12 seasons. Bryan Herta coached his son through every lap and every strategy call, and when the race was going to be decided on a final restart, the father had not a care in the world as he promised on live TV neither driver or strategist was nervous.

"We're just doing our thing. When you're in the moment and in the zone, I feel really comfortable and that's what I want to be doing," Bryan Herta said after the win. "I know he's the same. I can hear it in his voice. That's maybe the advantage of being on the radio, that we know each other so well, that there's just a lot of unspoken communication.

"I can tell where he was at, I can tell just by his voice that he felt in control. He felt he had what he needed. So I was just trying to let him do his thing, and he did it."

Bobby Rahal said he and Graham struggled to differentiate between team owner and driver, and father and son.

"I found that he could live up to that challenge better than I could, and I just decided that it just doesn't work," Bobby Rahal said. "When I stopped doing it, we had success and won races. That father-son, that familial element, there's a lot of power in that element."

Graham Rahal said he believes success greatly eases a father-son pairing. Colton Herta is among the most consistently competitive drivers in the series, a championship contender, and less than a month after his win at St. Pete his father negotiated a two-year contract extension for Colton at Andretti Autosport.

"I think a Colton-Bryan scenario is easier because of the position that they're in, which is that they're very competitive," Graham Rahal said. "If you look at the time that dad and I were on the radio, as a team we were just not competitive, and that adds to the stress level and it makes things harder. If you look at Michael and Marco, same thing. The competitiveness wasn't there, and that adds stress to whoever it is, whoever is the strategist." 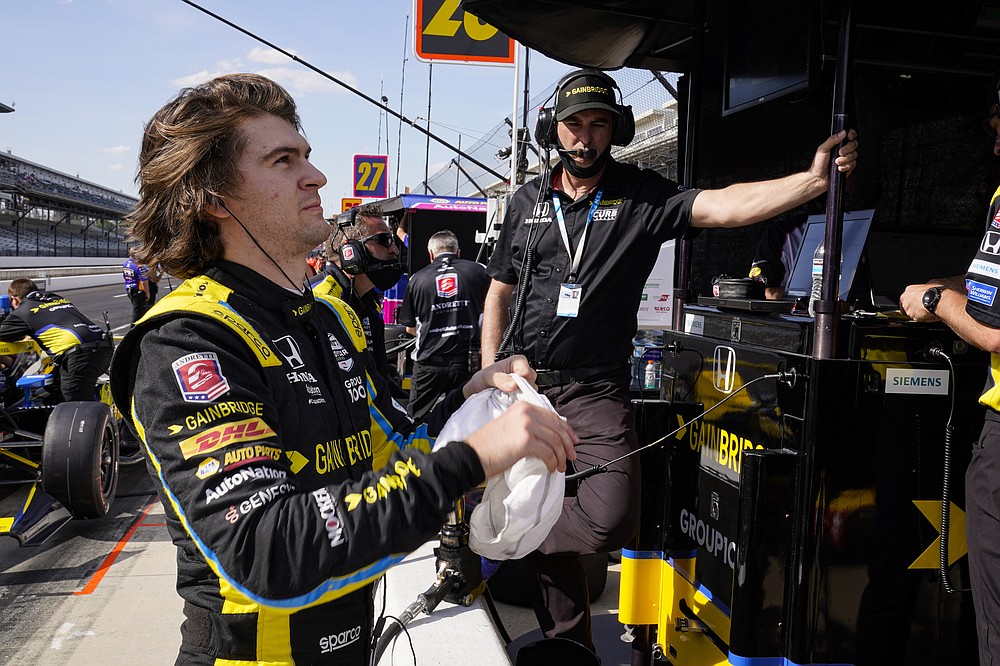 Colton Herta prepares to drives as his father Bryan Herta looks on during practice for the Indianapolis 500 auto race at Indianapolis Motor Speedway in Indianapolis, Friday, May 21, 2021. (AP Photo/Michael Conroy) 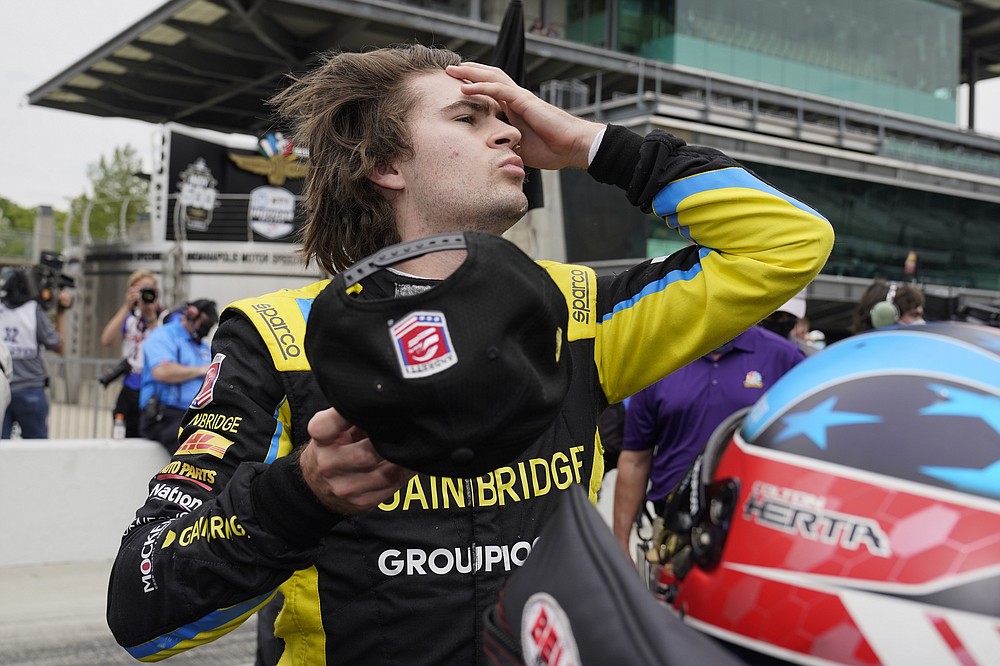 Colton Herta looks at the speed chart during qualifications for the Indianapolis 500 auto race at Indianapolis Motor Speedway, Saturday, May 22, 2021, in Indianapolis. (AP Photo/Darron Cummings) 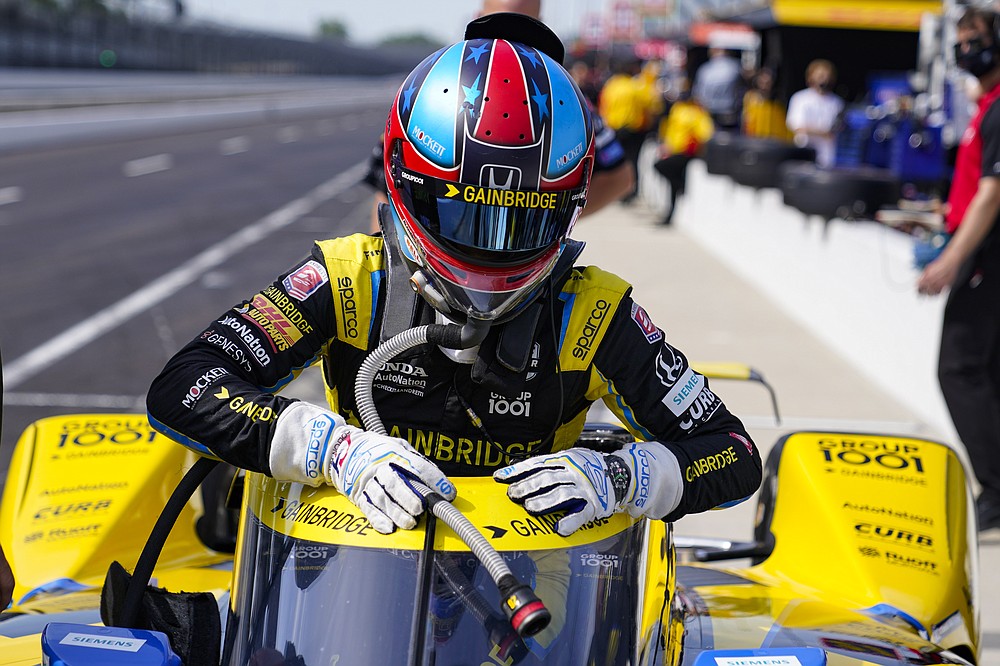 Colton Herta climbs out of his car during practice for the Indianapolis 500 auto race at Indianapolis Motor Speedway in Indianapolis, Friday, May 21, 2021. (AP Photo/Michael Conroy) 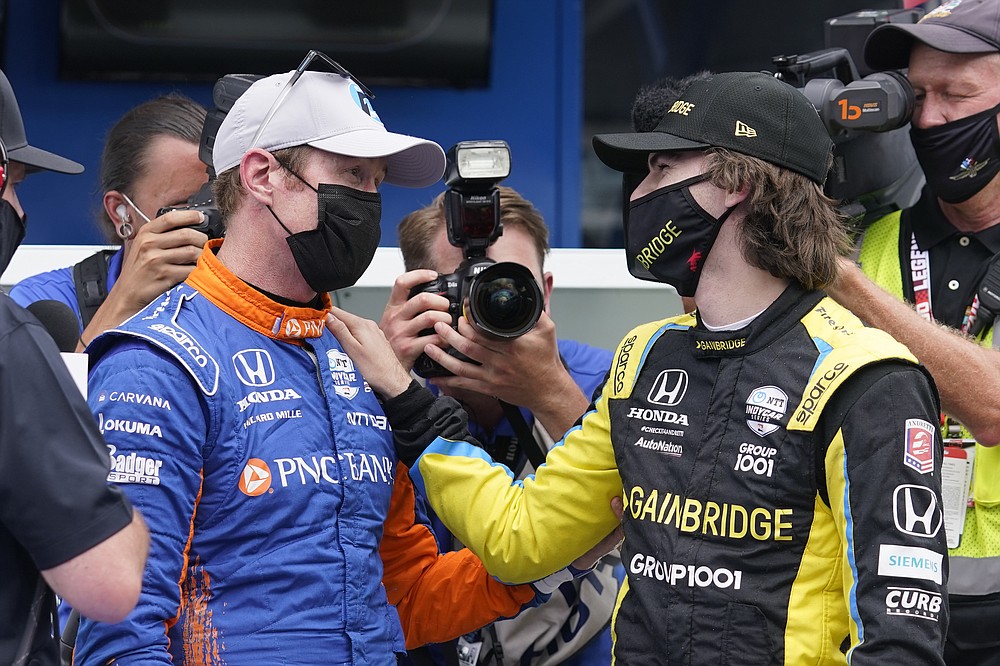