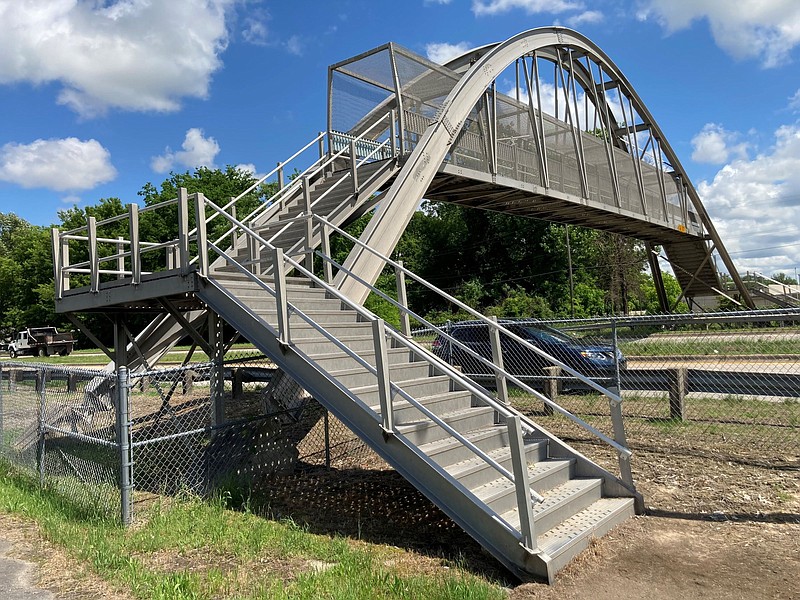 Two Jefferson County sites are among new listings on the National Register of Historic Places.

The Arkansas Historic Preservation Program updated its listings from the National Park Service regarding the National Register, according to a news release.

• U.S. 65 Expressway Pedestrian Bridge, Pine Bluff, Jefferson County -- The bridge spans the Martha Mitchell Expressway at Mulberry Street. The aluminum pedestrian bridge was listed in the National Register on May 13. According to the nomination form, the bridge is a single-span aluminum suspension bridge that is 115 feet long and 14 feet wide. The bridge was fabricated by Reynolds Metals Co. and built by Bituminous Inc. of Pine Bluff in 1970-71.

• Lawrence A. Davis Sr. Student Union, Jefferson County --On L.A. "Prexy" Davis Drive, the University of Arkansas at Pine Bluff student union building employs a lift-slab construction. It was listed in the National Register on May 12. The student union is a large structure that has a mixture of single story, story and half and two-story sections, according to the nomination form. "Initially commissioned in 1950 and completed in 1952 with a rear addition done in 1966, the design of the Lawrence A. Davis Student Union is an example of the International Style of architecture and was largely inspired by the work of California-Modernist, Richard Neutra," according to the document.

Other new state listings include:

A listing on the National Register of Historic Places is an honorary certification which can allow the property owner to apply for grants and tax credits toward maintenance, according to the release.

"As Arkansans gear up for summer, the AHPP encourages those traveling the Natural State to utilize the online registry for heritage tourism opportunities in their own backyards," according to the release.

For details on the National Register of Historic Places in Arkansas, visit https://www.arkansasheritage.com/arkansas-preservation/properties/national-registry or call (501) 324-9150.