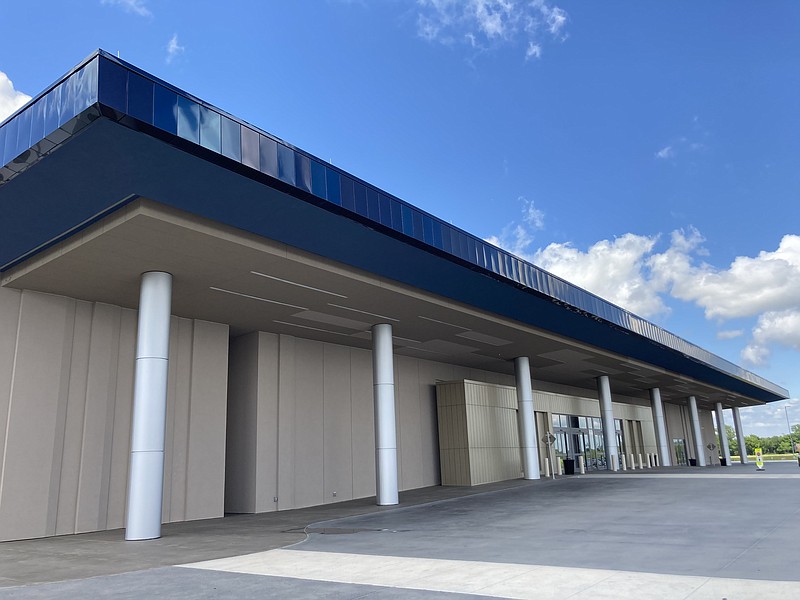 March set a record for business at Saracen Casino Resort, but then April came along and set a record, too.

As the casino's business climbs, so do the taxes that the casino pays. For the first time in its 20-month existence, Saracen paid more than $2 million in gambling taxes, according to figures supplied by the Arkansas Racing Commission.

The spike in business is not a total surprise. Saffa has said that the early parts of the year are typically the best months for casinos. People are receiving tax refunds and have more disposable income during that period. And this year, most people received stimulus checks from the government as part of an effort to get the economy going again after the covid pandemic closed business and knocked millions of people out of work.

Likely helping the bottom line is the fact that, despite only about 30% of Arkansans having been fully vaccinated, infection numbers are down, masks are coming off and many people are getting out and about for the first time in a year.

In April, the casino made almost $16 million, before taxes and expenses, from its gambling operations, which come from slot machines, table games and sports betting. Out of that number, Saracen pays 13% for the right to have a gambling license. For April, that came to $2,071,373, up from the $1,820,575 paid in taxes in March when the casino made $14 million before taxes and expenses.

Saracen's gambling tax amounts have been consistently growing since April 2020 when the facility was closed during the pandemic. The next month, the casino paid about $120,000 in taxes -- the weakest number in the casino's history, other than the $35,081 it paid for the very first month the annex was open in September 2019.

After April of last year, there were three consecutive months where taxes reached the $400,000 range. In October 2020, when the big casino opened, the tax figure almost doubled and reached $800,000. In December, the taxes topped $1 million for the first time, and they have been climbing ever since -- except for the $824,000 that was paid in February when the city was hit with a water and weather disaster that closed operations for 10 days.

Since the casino began operations, it has paid $13.9 million in gambling taxes as of April. Of that, the state received $7.6 million, the city received $2.7 million and the county received $1.1 million.

"Saracen is still growing," Harkness said. "We continue to develop from both a physical plant and financial standpoint. However, the revenues we have seen since opening, and especially over the past couple of months, clearly validate the wisdom of the Quapaw Nation's significant investment in Pine Bluff. I am personally and professionally proud to be part of the outstanding team of service providers at Saracen Casino Resort who continue to help this property grow."

Saffa said the growth also shows the wisdom that voters had in approving the expanded gambling operations in the state in 2018.

The voter-approved amendment authorized the expansion of gambling operations at Oaklawn Racing and Gaming in Hot Springs and Southland Gaming and Racing in West Memphis, as well as casinos in Jefferson and Pope counties. While Saracen has been up and running for what is approaching two years, a casino in Pope County has yet to materialize because of legal issues.