The results of what we have seen 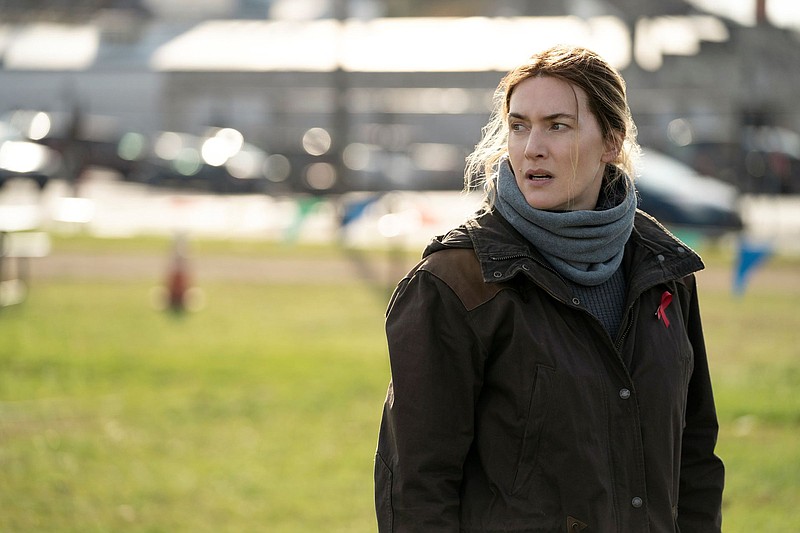 We got hooked on the HBO miniseries "Mare of Easttown." We are, as they say, "highly anticipating" Sunday night's finale.

(Of course, in our case, highly anticipating probably means we won't see it until Tuesday night. Even appointment television has to fit itself around our schedules these days.)

Anyway, I'm a sucker for naturalistic crime series like this, and I usually at least give an HBO series a chance. Their track record is pretty good, what with "The Sopranos," "The Wire" and "Deadwood" all in my personal TV Top 10.

And we stuck with "Game of Thrones" until the first torture scene, so say we saw about 15 minutes of it?

Anyway, "Mare of Easttown" had some things going for it. Its creator/writer, who I guess we're supposed to call the "showrunner," Brad Ingelsby has a pretty interesting resume. He wrote last year's "The Way Back," the underrated Ben Affleck basketball redemption movie, and the overlooked "Out of the Furnace," a grim 2013 film that starred Casey Affleck and Christian Bale. "Furnace" didn't quite work as a movie, but there was a lot of Pennsylvania atmosphere in the film and you could feel the writer straining to pull together some inchoate masculine emotions. It was interesting, and I remember thinking it might have worked better as a novel or a miniseries.

And all the episodes of "Mare of Easttown" are directed by Craig Zobel, one of those North Carolina School of the Arts guys who's part of the David Gordon Green orbit. Zobel notably wrote and directed 2007's "Great World of Sound" and 2012's "Compliance." I loved both of those films.

Finally, the cast included Jean Smart, Guy Pearce and Julianne Nicholson, three actors whose work I find consistently interesting. Then there was the star, Kate Winslet, whose commitment to her roles is admirable. If she was determined to play a slipping-down police detective in a small Pennsylvania town (an exurb of Philadelphia actually), you could count on her to dowdy up in sweat pants and T-shirts and wrap up in a battered Filson jacket that doesn't flatter her one bit.

And it feels very real. Maybe the drama is heightened a little, but the tragedies of Easttown, and Mare's depressive and self-sabotaging actions are all the more horrific for being life-size. Winslet is remarkable, in a way that's deeper than the usual movie star goes award-seeking without makeup way. She carries a heaviness in her, a darkness that causes us worry.

It's about the murder of a young woman, a pregnant teenager, being investigated by a troubled detective on the verge of a psychotic break. It's a small town where everyone knows everyone else and most of your neighbors are also related to you, either by blood or long shared experience. Everyone knows your name and history and who you dated in high school. It's the sort of place where your ex-husband might just move into the house beyond your backyard fence. It's the sort of place where everyone is ordinary except for the couple of moments in their lives when they are not.

I was working for a small daily newspaper in Southwest Louisiana called The Jennings Daily News. I'd been hired as a sports writer, but as often happened at small newspapers in those days, I ended up pitching in wherever I could. And for some reason one day they sent me to court to cover the trial of a young man accused of incest and statutory rape of his 5-year-old niece.

Now, reporters are human beings and cannot help but have visceral reactions to some the stories they cover. But the job is to divorce yourself from whatever emotions you may feel and witness the process as a surrogate for the wider community. You are there simply to report what's going on. You listen to what is said and apprehend what is presented. You allow the prosecution and the defense to have their say.

But you get feelings about people, just like everybody else. You look at the 19-year-old kid in the dock, gangling, with an attempted mustache and a disturbing resemblance to Cletus Spuckler, the redneck cartoon character who regularly appears on "The Simpsons," and you either feel sorry for him or you harden your heart.

You see the alleged victim, blond and nervous, wordlessly pointing to her uncle whom she has been around all her life and loves. You see the almost tender way the bailiffs hold onto the jump-suited kid who's weeping now, and the members of his family approach to touch him on the arm or shoulder as he's led away to spend the next 20 or 30 years in the Louisiana State Penitentiary at Angola.

You see the little blond girl crying too; as her mother -- the sister of the convicted -- drapes an arm over her.

You can't write those feelings in a news story. You just provide facts. Maybe you can work in a few poignant details, maybe you can suggest something of the ambience of the trail, get at the cognitive dissonance of such a desperate and ugly act being adjudicated in such a dispassionately civil manner, but you have to remain detached. Acknowledge the mystery without guessing at it -- that's all a good reporter can honestly do.

And that's what "Mare of Easttown" has done so far -- it has acknowledged the mystery of other people without trying to explain why some of us do evil while always remaining sons and fathers and daughters and mothers. It's about how the monster has his family too, and the irrevocability of rash actions.

Sure, they could blow it in the final episode. Endings are always hard. But we've come this far.