IN THE GARDEN: Color-changing daylilies actually nothing more than unexpected irises 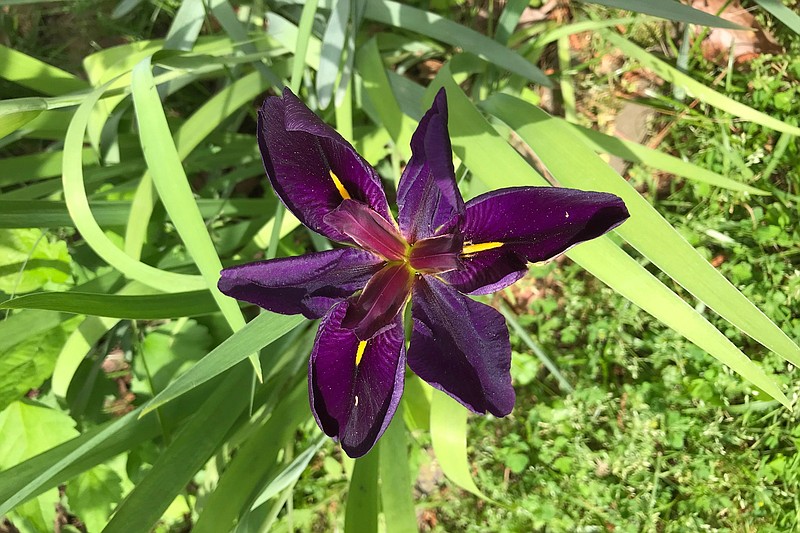 This might be a Louisiana iris or it might be Japanese iris, but it's definitely not a daylily. (Special to the Democrat-Gazette)

Q Can daylilies change color? My friends seem to think these beautiful purple blooms are Dutch irises or another type of iris. I suspect they are daylilies that have changed their color from last year's orange, perhaps because of the extreme cold. As to what they are, do these plants have an insect problem? Many of their leaves are yellow with tiny dots. If an insect problem, I would prefer to see if nature solves the problem, however I would be willing to treat with something that does not interfere with pollinators.

A The plant is definitely an iris — a Japanese or a Louisiana iris — one of the beardless irises. The leaves should be much sharper edged than a daylily leaf, and considerably taller. Perhaps they were both planted together and one outgrew the other. While I am often asked about plants changing color, they don't go from orange to purple. Occasionally in iris beds and daylily beds, seedlings of a more vigorous variety can edge out another plant, causing the gardener to suspect a miraculous change in color. Only an act of God could do something as dramatic as changing a daylily into an iris.

As to the small yellow spots, I suspect one of the leaf spot diseases. They can be common on iris plants, especially when we have a lot of rain — which we have had. To be sure, take a leaf sample to your local county extension office. They can send it to the disease lab for an accurate diagnosis. 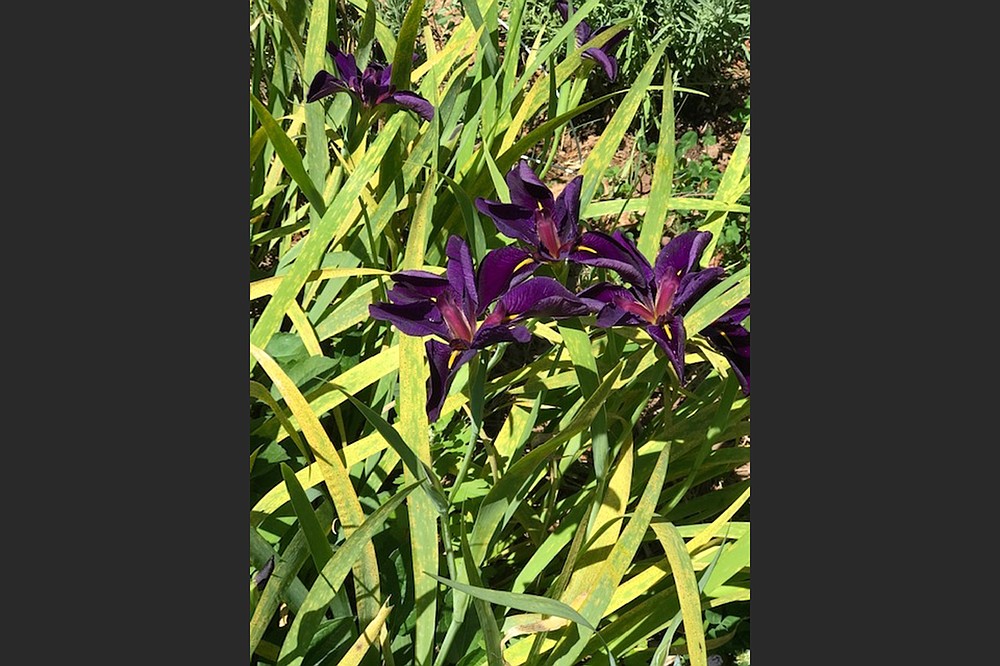 These irises somehow insinuated themselves into a bed where the gardener grew daylilies in the past. (Special to the Democrat-Gazette)

Q My aucuba is having issues. Some stems are blackened and leaves are wilting and spotted. Is this a result of the late hard freeze or could it be a disease? There is much new growth. How much pruning will the plant stand? Sorry I have no pics.

A Did the amount of sunlight the plant is receiving change? Aucuba loves the shade, and leaves will turn black from direct afternoon sun exposure. I don't think we would just now be seeing cold injury damage on an aucuba. Most plants are recovering, not declining. I would take a sample in to your local extension office.

Q What the heck is this? [The reader sent a photo.] It's sprouting all over my flower beds. Never had before. Did something blow in with the snow last winter? 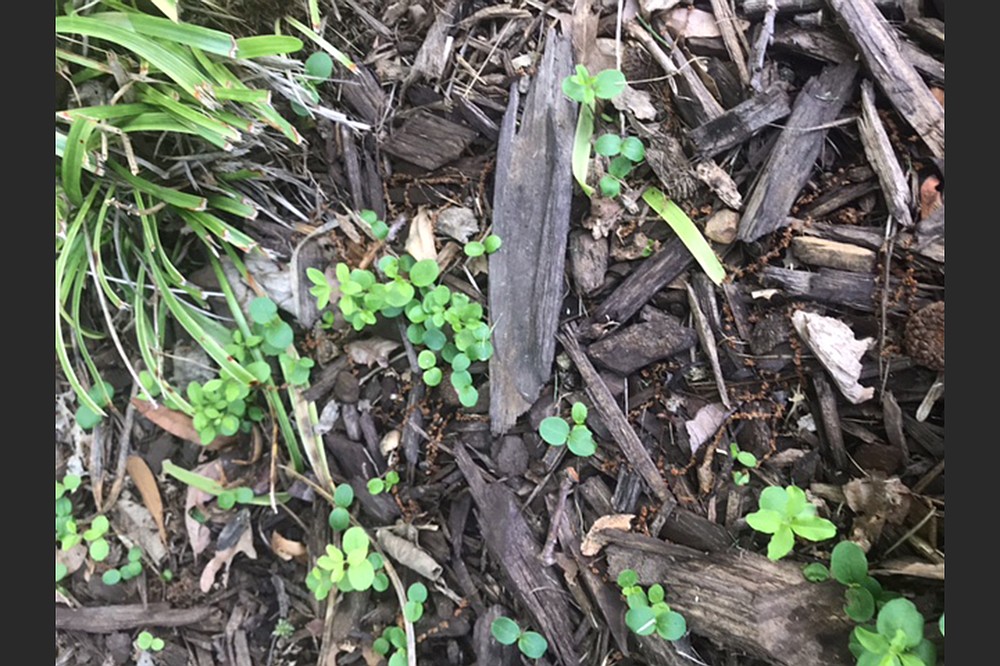 The first leaves out of a seed are called seed leaves or cotyledons, and they don't look much like the true leaves of a plant. (Special to the Democrat-Gazette)

A Unfortunately, you are going to have to let them grow a bit longer before I can identify them. The first leaves out of a seed are called seed leaves or cotyledons, and they don't look much like the true leaves of a plant. It is possible that an annual plant you had last year that you let produce mature seeds is coming back from seed. That annual (or perennial) could be a desirable flower or a weed — time will tell. I have had a bumper crop of self-sown plants of cilantro and parsley this year that came up on their own.

Q Can you identify this? Pull it or feed it? 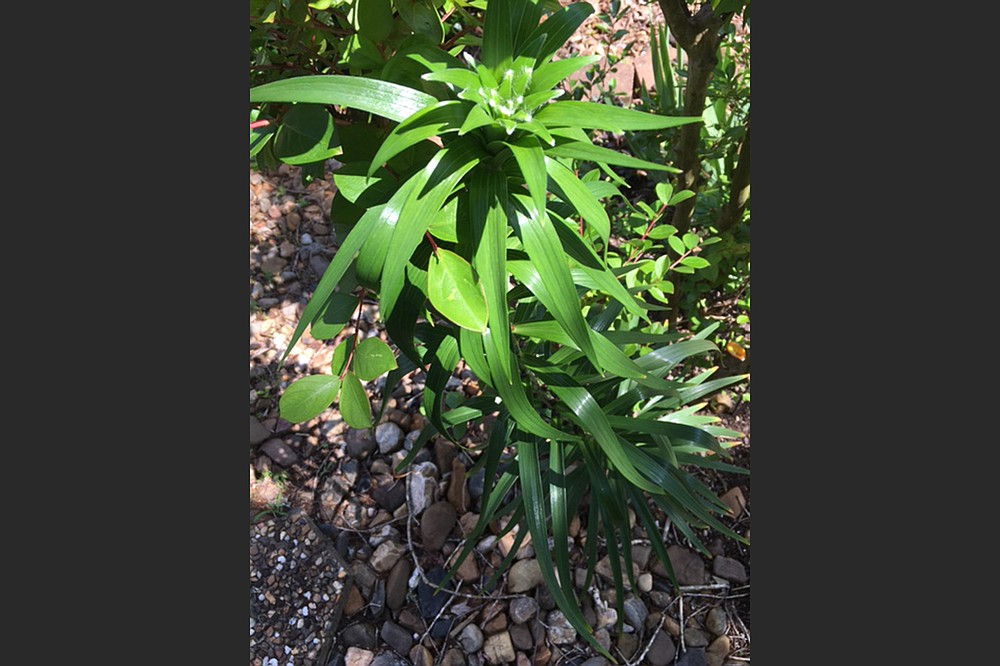 A gardener could have a treat in store when this lily, possibly an Asiatic lily, blooms. (Special to the Democrat-Gazette)

A Leave it and feed it. I think you have two different lilies in the pictures. The smaller, tighter cluster of leaves looks like an Easter lily with white flowers — although it could be an Asiatic lily with a variety of flower colors. 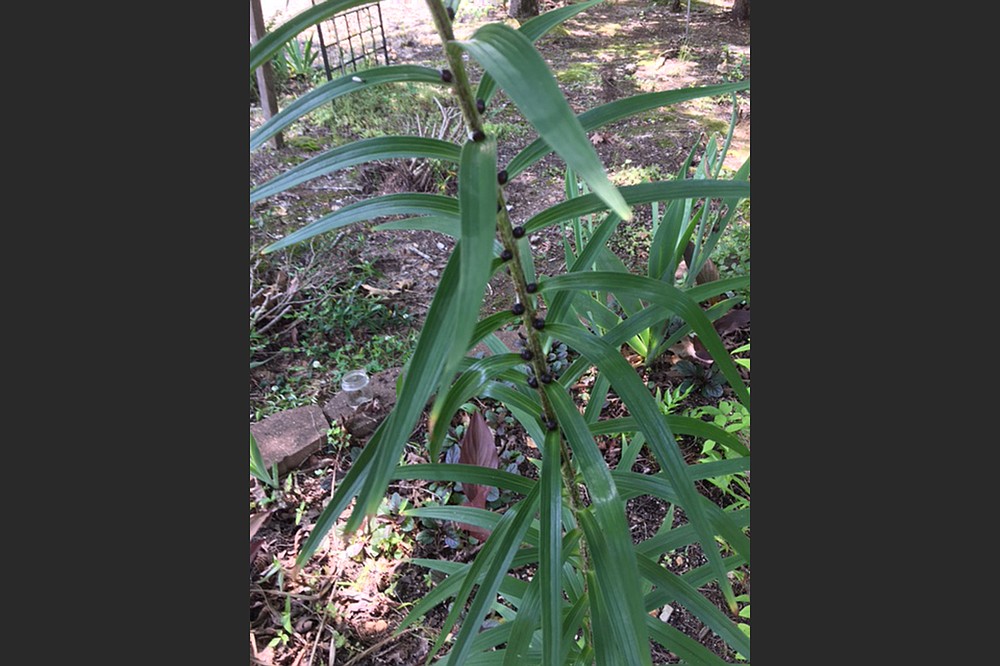 The little dark balls at the base of this lily's leaves are bulbils and could form new lily plants. (Special to the Democrat-Gazette)

The taller plant with the strappier leaves is more than likely a tiger lily — a taller, orange-flowering plant. The tiny bulbils that you see in the leaf axils are fairly common in that type of lily. Let them grow, and as long as you have sunlight, you should see flowers in a month or so.

Q What is this vine, and how do I kill it? 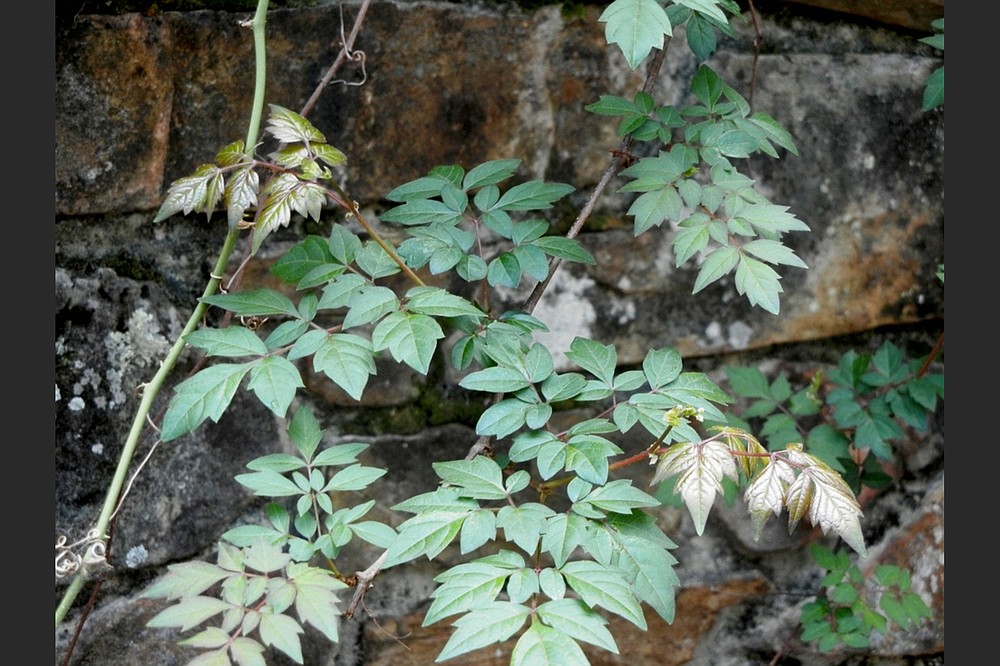 The agressive vine Ampelopsis is better known as pepper vine. (Special to the Democrat-Gazette/Janet B. Carson)

A Your plant is an invasive and noxious weed called pepper vine — ampelopsis arborea. It forms a very woody trunk and stem, with a tenacious root system. It grows in and among other shrubs, which makes chemical control difficult. Cutting out all that you can see is best. If you can isolate it, spot-spraying the vine with Roundup at the base after you cut it can help.