Kentucky's ties to agency at risk over gay rights 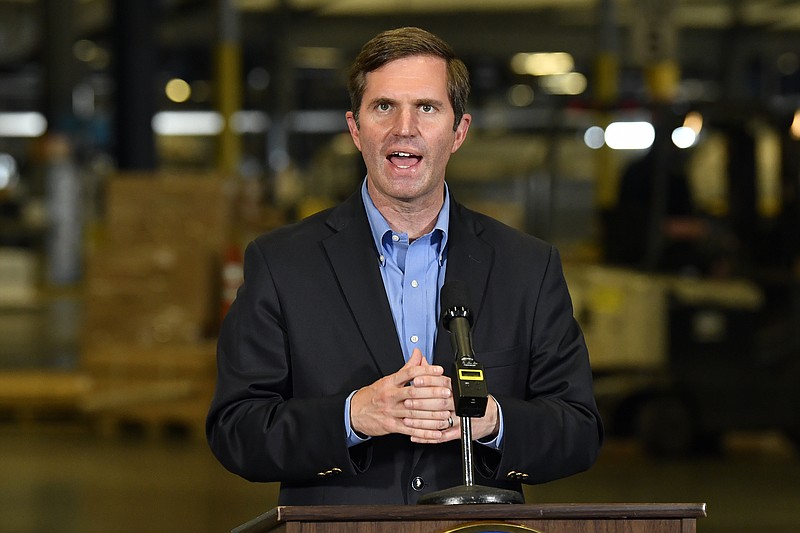 FILE - In this Apr. 27, 2021, file photo, Kentucky Gov. Andy Beshear speaks in Louisville, Ky. A cultural clash pitting religious beliefs against gay rights has jeopardized Kentucky's long-running relationship with a foster care and adoption agency affiliated with the Baptist church, Sunrise Children’s Services, which serves some of the state's most vulnerable children. “It would be a mistake not to place kids with wonderful couples that want to be foster parents that are gay,” Beshear said. "People make wonderful foster parents in all types of couples, and we shouldn’t be eliminating or discriminating against any of them.” (AP Photo/Timothy D. Easley, Pool, File)

LOUISVILLE, Ky. -- A cultural clash pitting religious beliefs against gay rights has jeopardized Kentucky's long-running relationship with a foster care and adoption agency affiliated with the Baptist church that serves some of the state's most vulnerable children.

The standoff revolves around a clause in a new contract with the state that bans discrimination based on sexual orientation and that Sunrise Children's Services is refusing to sign. It's another round in a broader fight in states and the courts over religious liberty and LGBTQ rights, including whether businesses can refuse to provide services for same-sex weddings.

An upcoming U.S. Supreme Court decision in a Pennsylvania case could be decisive in the Kentucky clash. It's reviewing a refusal by Philadelphia Catholic Social Services to work with same-sex couples as foster parents.

In the Kentucky contract, Sunrise officials are concerned the disputed clause would compel them to violate deeply held religious principles by sponsoring same-sex couples as foster or adoptive parents.

Sunrise is affiliated with the Kentucky Baptist Convention, comprising nearly 2,400 churches with a total membership of about 600,000 people. The faith views homosexuality as a sin.

Supporters of the provision see it as a crucial safeguard against discrimination.

Child welfare advocates worry that losing Sunrise -- which also offers residential treatment programs -- would further strain a state system struggling to keep up with demand. Kentucky consistently has some of the nation's worst child abuse rates.

"You cannot pivot from losing such a large provider of child welfare services ... and not anticipate some degree of disruption," said Terry Brooks, executive director of Kentucky Youth Advocates.

The state set a June 30 deadline for Sunrise to sign. If it refuses, the state has threatened to stop placing children with the agency.

Formerly called Kentucky Baptist Homes for Children, Sunrise's history dates to caring for Civil War orphans. It has contracted with the state for 50-plus years, becoming one of Kentucky's largest service providers for abused or neglected children.

Sunrise's supporters say the agency is the target of a political correctness campaign. Critics say allowing exceptions to the LGBTQ-inclusive clause would sanction discrimination.

"If Sunrise doesn't want to abide by that, that's fine. They shouldn't have access to state money, state contracts or children in the state's care," said Chris Hartman, executive director of the Fairness Campaign, a Louisville-based gay rights advocacy group.

Hartman said he worries LGBTQ children in Sunrise's care are "deeply closeted," hiding their sexual orientation out of fear of "indoctrination and proselytization."

Sheller said Sunrise "willingly and gladly" accepts LGBTQ youths and does not put children in conversion therapy, which tries to change a person's sexual orientation or gender identity. Sunrise's focus is on finding good homes for children and treating mental health, substance abuse or other problems they are battling, he said.

When same-sex couples contact Sunrise about becoming foster parents, the agency offers to help steer them to other child services agencies that are a "better fit," Sheller said. He was aware of a handful of such instances.

"There is clearly a tension between LGBT issues and traditional Christian values," Sheller said. "And it does not have to be winner-take-all. There is room for both principles to survive and thrive in our pluralistic society, and we can accommodate both."

Kentucky's Cabinet for Health and Family Services says it hopes for a "positive resolution." Sunrise President Dale Suttles said he wants the relationship to continue.

"Sunrise would act on a contract today that allows them to care for Kentucky's needy and abused children while protecting their deeply held religious beliefs," said Todd Gray, executive director-treasurer of the Kentucky Baptist Convention.

Like many other states, Kentucky contracts with private agencies like Sunrise for some of its child welfare services. Overall, about 5,000 of the 9,100 children in Kentucky's care are in foster homes or other placements managed by the state. About 4,000 receive care through private agencies.

Sunrise, which operates only in Kentucky, says it currently cares for nearly 800 children. The state reimburses Sunrise for about 65% of its costs, with private donations covering the rest.

The state insists it's bound by an Obama-era federal rule to include the contract clause that Sunrise opposes. The rule included sexual orientation as a protected class under anti-discrimination provisions.

"It would be a mistake not to place kids with wonderful couples that want to be foster parents that are gay," Democratic Gov. Andy Beshear said this week. "People make wonderful foster parents in all types of couples and we shouldn't be eliminating or discriminating against any of them."

Sunrise argues that the federal rule was invalidated under former President Donald Trump, giving the state leeway to exclude the clause. Sheller said the agency is "open to any reasonable process" as long as it's "not compelled by that language to violate its faith principles."

"The state's position is that it's going to try to compel Sunrise to sign the same form contract that it uses with secular providers," Sheller said. "And Sunrise cannot and will not sign that form contract by July 1st or any other date." 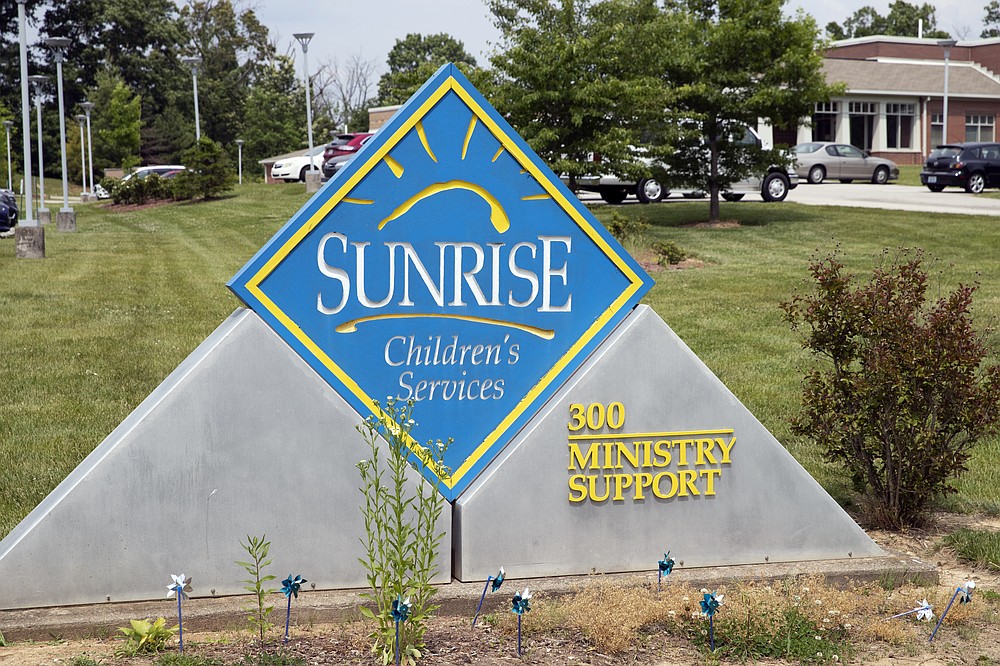 A sign for Sunrise Children's Services sits in front of the agency's Mount Washington, Ky., location on May 26, 2021. A cultural clash pitting religious beliefs against gay rights has jeopardized Kentucky's long-running relationship with a foster care and adoption agency affiliated with the Baptist church, Sunrise Children’s Services, which serves some of the state's most vulnerable children. (Brandon Porter/Kentucky Today via AP)
ADVERTISEMENT