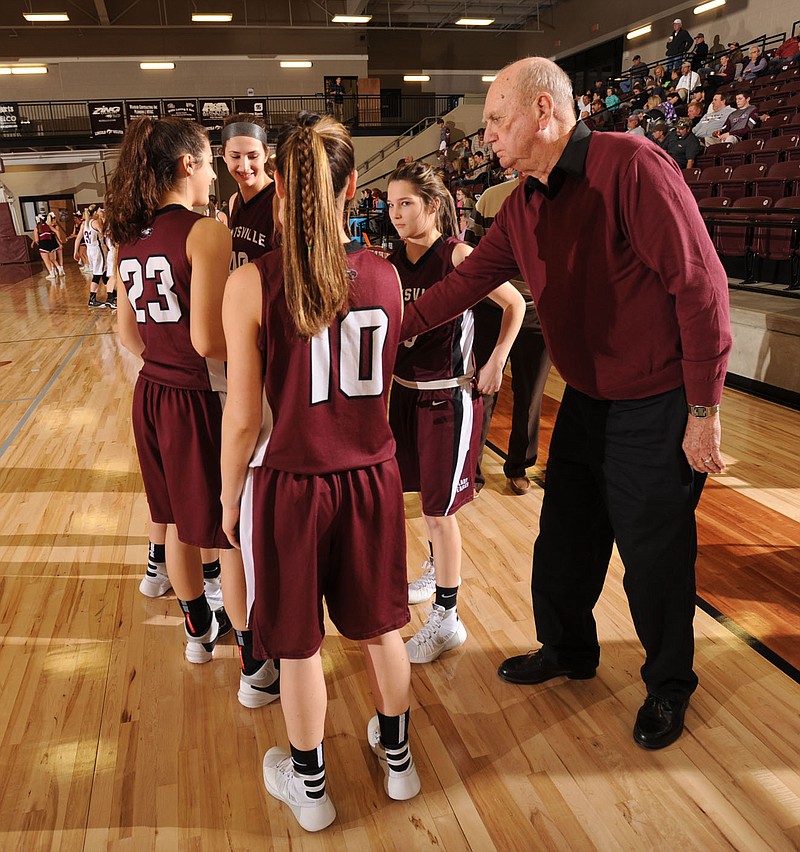 Longtime Huntsville girls basketball coach Charles Berry directs his team Friday, Jan. 8, 2016, from the bench during the Lady Eagles' win over Lincoln in Lincoln. Berry, who won 1,377 games over a 57-year coaching career, will be inducted into the National High School Hall of Fame on July 1 in Orlando, Fla. (Andy Shupe NWA Democrat-Gazette)

Charles Berry did not become a high school coach with the idea of reaching a hall of fame, but when his 57-year career ended, there was no doubt he'd achieve that kind of status.

Berry, the longtime basketball coach at Huntsville High School, will be inducted into the National High School Hall of Fame on July 1 in Orlando, Fla. He will be just the 10th Arkansan to earn a place in the Hall of Fame and the first since Morgan Gilbert in 2014.

Berry was supposed to have been inducted in 2020, but the ceremony in Denver was canceled because of the coronavirus pandemic and rescheduled for this year.

There are more than 450 individuals in the Hall of Fame, including Arkansas legends Sidney Moncrief and Don Kessinger.

Berry won 1,377 games as a boys and girls basketball coach at Hector, Plummerville and Huntsville, where he spent 50 years patrolling the sideline. His win-loss mark of 1,377-691 includes two state championships and two state runner-up finishes.

Berry likes to joke, "I had a lot of losses, too. More losses than most people win."

Harriman said Berry was more than a basketball coach, relishing his role as a geometry teacher.

"I don't know of anybody at any age who enjoyed coaching and teaching more than Charles H. Berry," said Harriman, who recently retired as the athletic director at Siloam Springs. "He just loved it. It was literally a huge part of his life. And everything that he had went toward coaching and teaching.

"There were times when Charlie talked about maybe giving up the coaching and just teaching. He loved teaching kids, whether it was geometry or whatever it was. He was an excellent teacher."

Berry deflected praise to his former players, both boys and girls, who had a big role in his career. He started in 1968 and ended it in 2016. He was both a boys and girls coach until 1988, when he shifted his focus to coaching just the girls teams at Huntsville.

One of his most memorable seasons came in 1983 when his daughter Liz helped the Lady Eagles advance to the state championship game.

"We had a flock of good players," Berry said. "This is a great honor, something I never expected. I didn't even know I'd been nominated.

"Sometimes it's not your actions, it's the people that you know. I know there are a lot of people more deserving than I am." 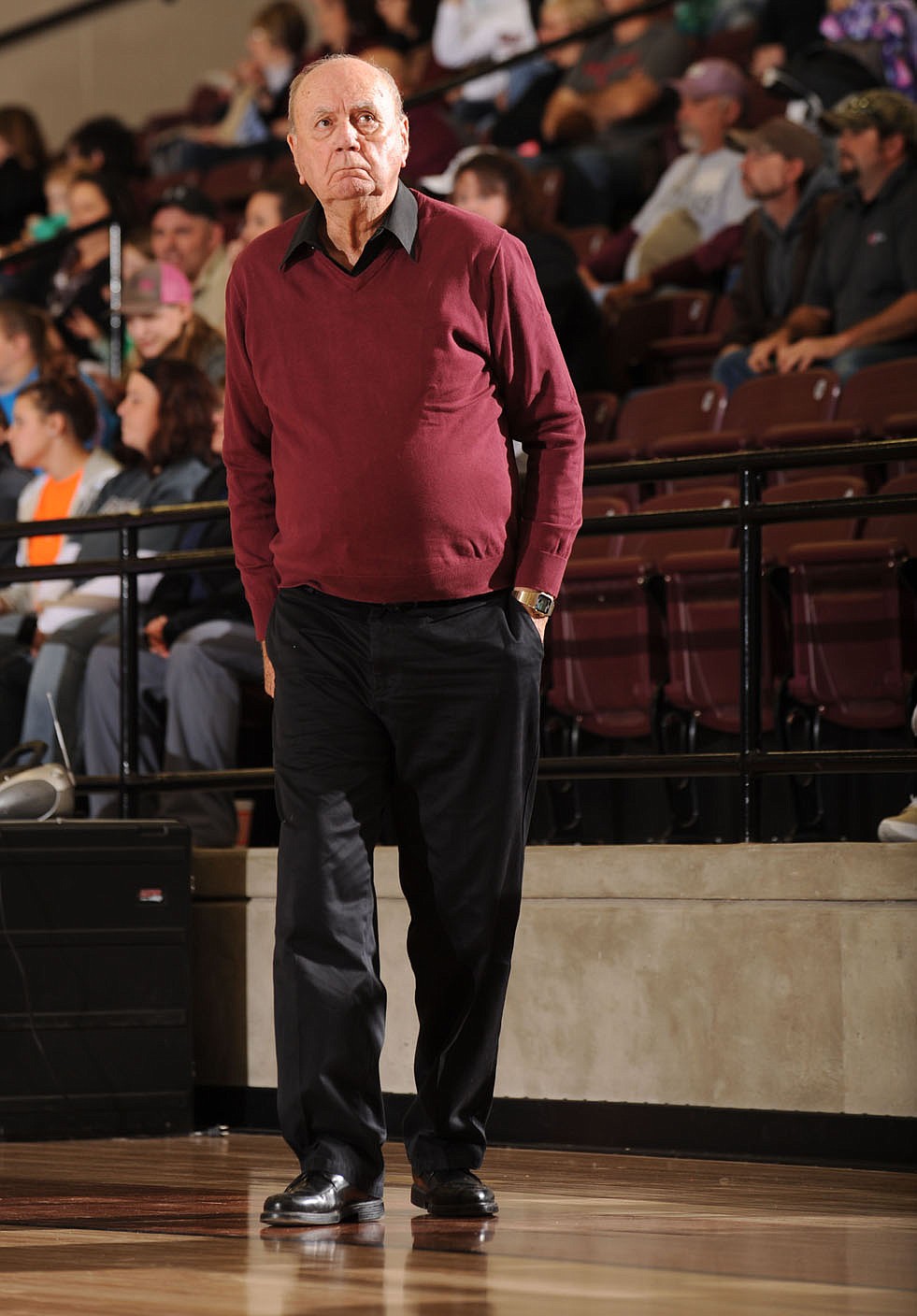 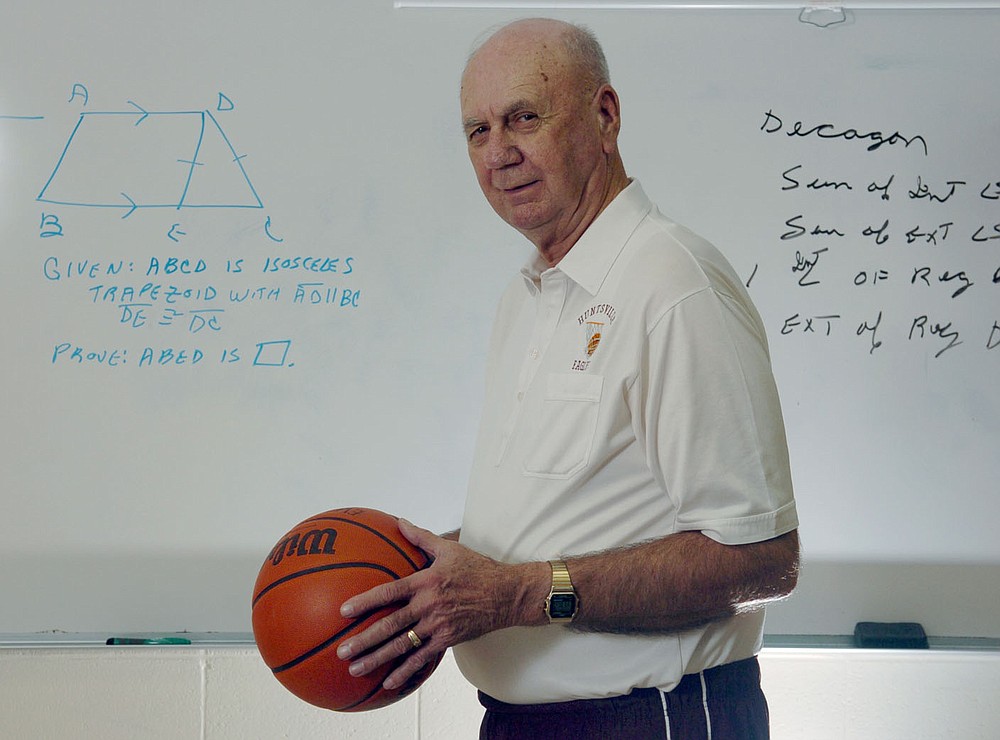 Charles Berry, shown in his Geometry classroom at Huntsville High School in 2009, will be inducted into the National High School Hall of Fame on July 1 in Orlando, Fla. Over a 57-year coaching career, Berry won 1,377 games and two state championships. Arkansas Democrat-Gazette/MICHAEL WOODS
More News

Best of the Best