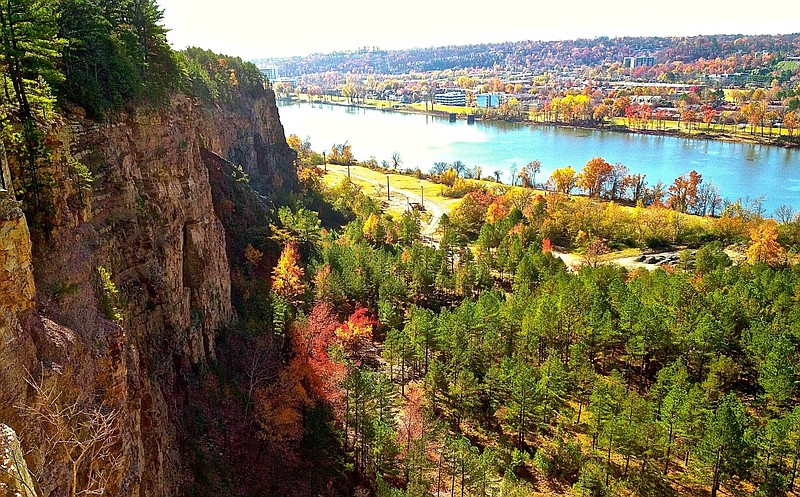 The former parks director, who got the idea from area cyclists, made the building of a new bike park at Big Rock Quarry Park a campaign promise during his bid for mayor.

Now with millions in federal stimulus money in the city's budget, mountain biking enthusiasts may get their wish with the construction of a bike park set to begin in a few weeks.

The city has set aside $400,000 in its budget as part of the $8.4 million in the first round of federal stimulus that North Little Rock received under the American Rescue Plan Act.

So far, the city has only funded a pump track at the park, a circuit for cyclists, in the first phase of a $3.5 million plan to turn Big Rock Quarry Park into an attraction for mountain bikers.

The $400,000 earmarked for the pump track in the city's American Rescue Plan Act budget is among the largest spending items on the council's list, at about the same amount as the city is investing in the Rose City health clinic.

Hartwick called the pump track "economic development," saying the bike park can help market the city as a destination for tourists and businesses.

The idea for a bike park in North Little Rock came from cyclists who lobbied the city's Parks Department for one. Hartwick came to like the idea after seeing how Northwest Arkansas has transformed into one of the nation's premier mountain biking destinations.

That transformation was due in large part to grants from the Walton Family Foundation that were used for trails and tracks.

"They totally put Arkansas on the map as far as cycling goes and have brought in a lot, a lot of attention," said Dave Larson, owner of Angry Dave's Bicycles in North Little Rock.

Larson pushed hard for the bike park, attending meetings and lobbying Hartwick to back a project at Big Rock Quarry Park.

"We're the capital city; we don't even have a crappy pump track," Larson said.

Whether Big Rock Quarry Park turns into a true destination for mountain biking remains to be seen, as the city has only set aside money for the pump track. The rest of the project will rely in large part on grants, which could take a long time to receive, if the city ever does.

"I know Walmart has been very active in the northwest part of the state, but with us putting, say, I guess, skin in the game, maybe we'll attract them to do some things here," Hartwick said.

Northwest Arkansas becoming a mountain biking hot spot has been part of a recent push by area and state officials who sought to add another attraction to the region.

Arkansas State Parks has pushed monument trails at state parks, most of which are located in the northwest part of the state, and in 2016 the International Mountain Bicycling Association held its World Summit in Bentonville.

"Coattails are rolling in front of it," he said. "You just got to put a tow on them and ride the wave in."