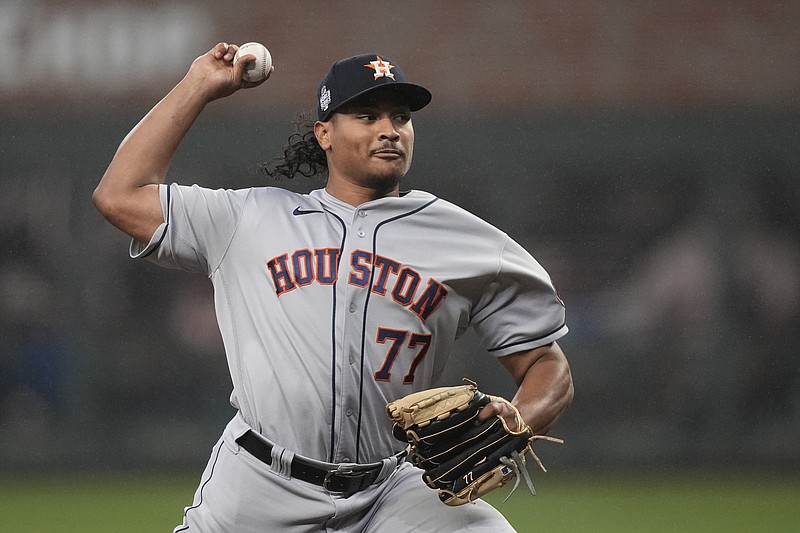 HOUSTON -- At this point, they're all fried.

Starters, openers, closers and the rest of them. So many pitching changes by the Houston Astros and Atlanta Braves, it's sometimes hard to keep track of who's on the mound.

"Everybody that's in the World Series right now is gassed, everybody," Braves Manager Brian Snitker said during Monday's day off. "Both teams, all the players. It's been a long year."

Fortunately for him, he can now give the ball to Max Fried.

With five full days of rest, the 27-year-old left-hander will start Game 6 tonight at Minute Maid Park as Atlanta again tries to win its first championship since 1995. The Braves missed a major chance Sunday, wasting an early four-run lead at home in what became a 9-5 loss that cut their lead to 3 to 2.

Luis Garcia starts for Houston. For how long is a different story.

It'll be a big ask for the AL Rookie of the Year candidate as he'll start on just three days rest.

Not a surprise considering both teams have employed at least five pitchers in every game so far.

They're fighting fatigue -- and the familiarity hitters now have with their repertoires. But that's how it adds up when there's such a premium on finding the proper edge every inning. Many people play a role in factoring those equations.

"We have charts and things ... pocket sheets and stuff that we have to decipher and use at our discretion," he said.

Garcia pitched into the fourth inning of Game 3 Friday night at Atlanta in a 2-0 loss, allowing one run and three hits. He needed 72 pitches to go that far, walking four and striking out six.

The 24-year-old right-hander won the clinching Game 6 of the AL Championship Series, blanking Boston on one hit over 5 2/3 innings. He said he had no concerns about pitching on short rest.

Other than condensing his workload, "not nothing has changed. I just want to do my thing," he said.

Fried excelled in going 14-7 with a 3.04 ERA during the regular season and was sharp against Milwaukee in the NL division series and the opener of the NLCS against the Los Angeles Dodgers.

With a chance to send the Braves to the World Series, and pitching in front of family and friends at Dodger Stadium, he got tagged for 5 runs and 8 hits in 4 2/3 innings of Game 5.

He wasn't any better in Game 2 at Houston on Wednesday, allowing 6 runs and 7 hits in 5 innings.

"I think he's been off a little bit the last couple times, hasn't been himself," Snitker said.

"I expect to see Max on top of his game. I expect that every time he goes out. I mean, this guy probably, since the All-Star break, is one of the best pitchers in the game. So that's kind of the version of Max that I expect to see tomorrow," he said.

If it goes to Game 7, Ian Anderson would start for Atlanta. He pitched five hitless innings, then was pulled from his start in Game 3 Friday night.

"We're in a good spot right now with Ian on tap," Snitker said.

Fried would prefer to end things himself and give the Braves a whole winter to rest up as champs.

"Any time that you go out there and you don't perform the way that you want, you don't win, you want to go back out there and redeem yourself," he said. "It's probably going to be my last outing of the year, so there's nothing to hold back." 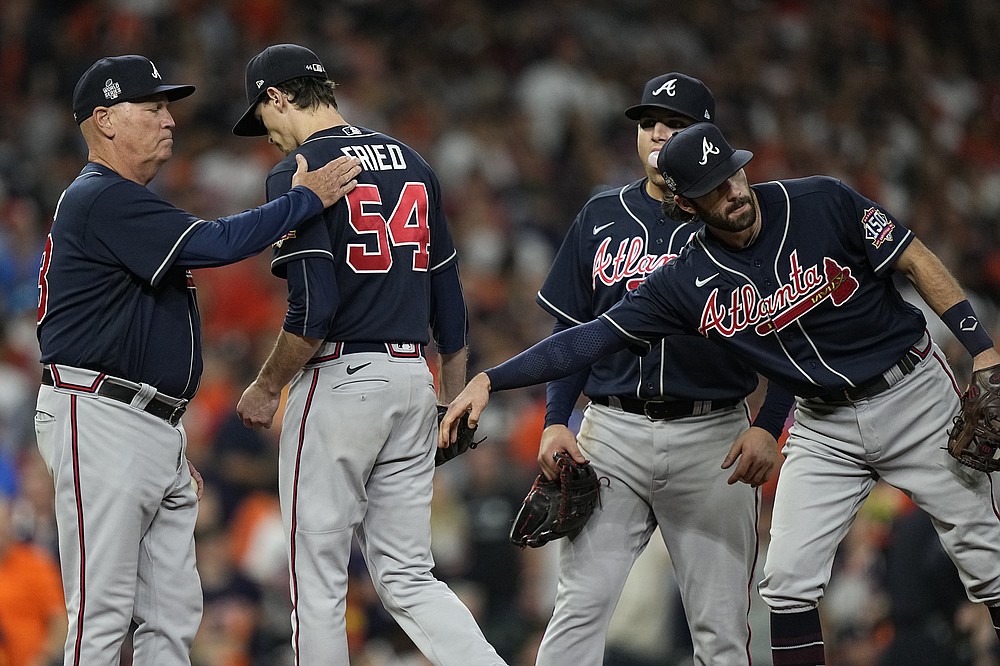 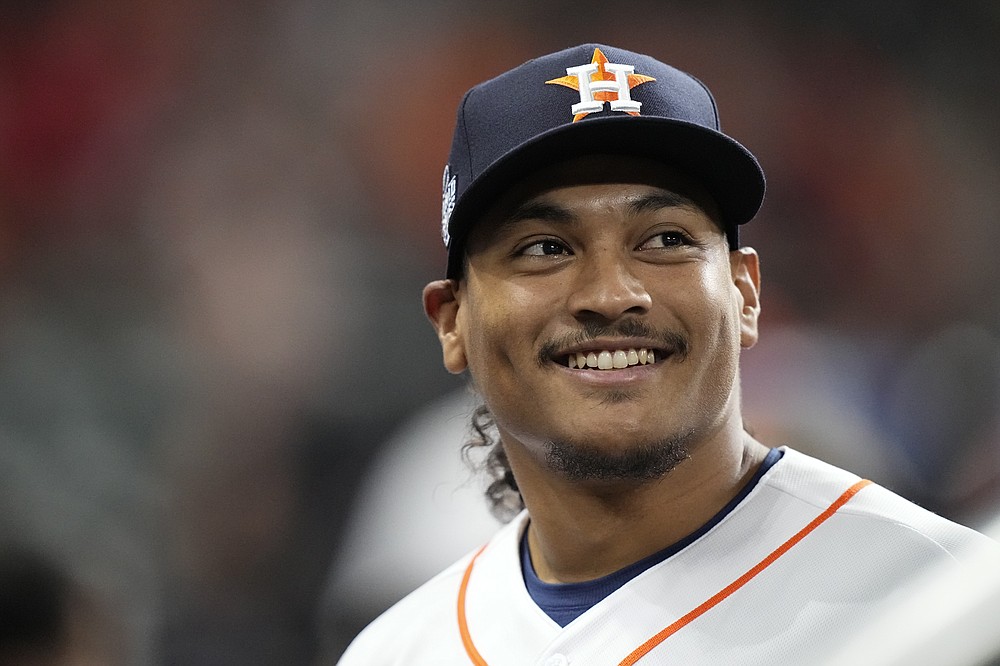 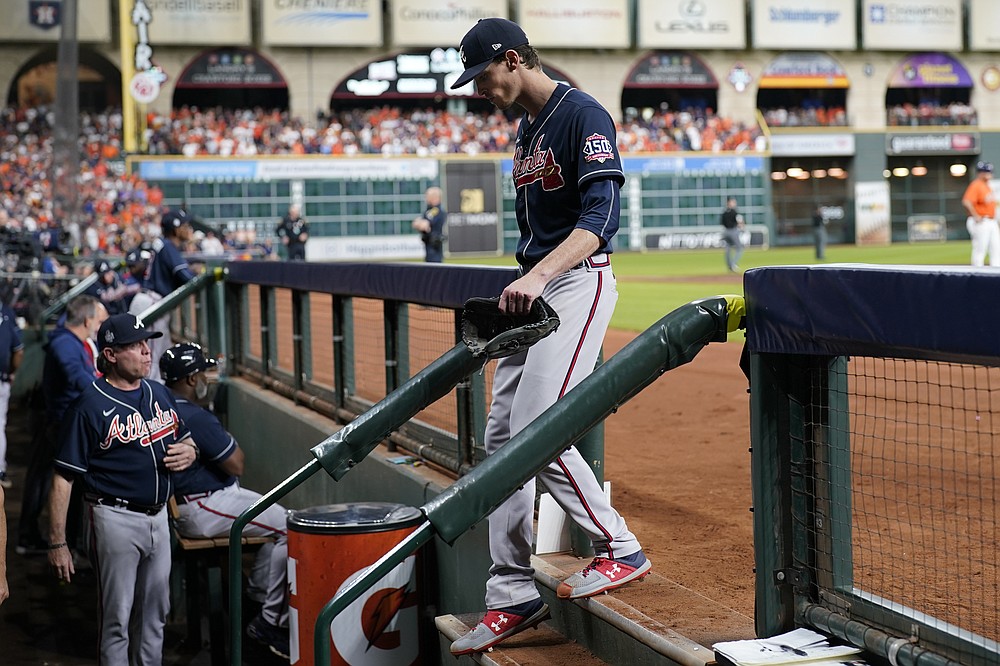