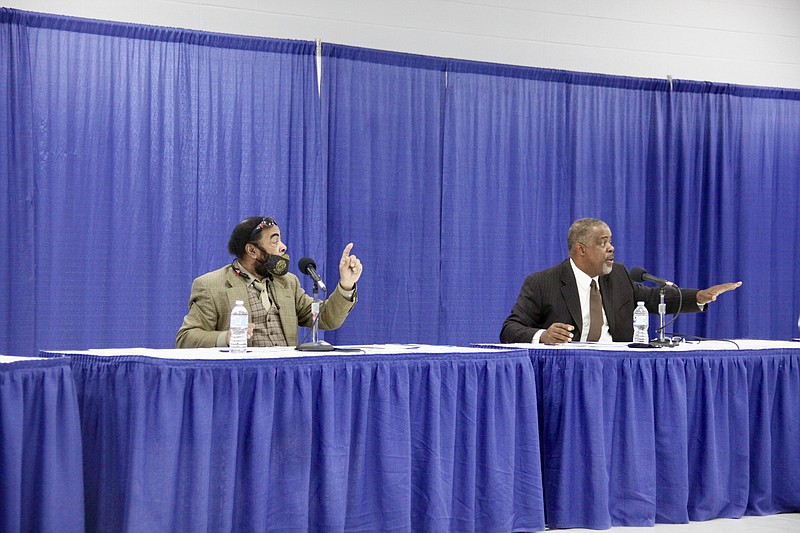 Council Member Ivan Whitfield (right) said he thinks the city clerk should be able to bring her budget adjustments straight to the city council.

Although the measure eventually passed, council members held a lengthy discussion during Monday's Pine Bluff City Council meeting when it came to a resolution authorizing an agreement with the Johanson Group to conduct a comprehensive job analysis in the city clerk's office.

Pine Bluff City Clerk Janice Roberts said as a courtesy she informed the Administrative Committee that she had requested that a budget line item for administrative services be added to her budget for 2021 so she could have a salary survey conducted in her department.

According to Roberts, she had identified money already in her budget to create the new line item, but several council members didn't understand why she wanted it done.

"We already did a citywide survey very recently," said council member Glen Brown Jr., who added that he didn't see the need to spend $3,000 on a survey. "Why is this needed at this time?"

According to Roberts, when the salary survey was done for her department, she was not the elected official. Since she was elected, more job duties and responsibilities have been added to her department at the request of state auditors.

"I am a department head that is elected by the body that supervises and manages a team of four individuals," said Roberts. "However, compliance, task management, property management -- all of that falls up under the city clerk's office, and you have been provided with all the duties and responsibilities."

The Pine Bluff City Clerk's Office is responsible for maintaining records affecting the day-to-day operations of the city of Pine Bluff as well as checking the processing of bills to various vendors used by city departments.

Roberts' office is also the records-keeping center of the city. The office records and keeps the minutes the Non-Uniformed Employees' Pension Board, and the Firemen's Pension Board.

All Pine Bluff-incurred invoices are processed through the city clerk's office. The office is responsible for ensuring that city expenses are paid in a timely manner. The clerk's office is the sole drop-off point for bids for city beautification, the purchase of city-owned lots, openings in city departments. The clerk's office also houses financial reports in conjunction with check processing.

Roberts said the survey would provide the City Council with knowledge and tools that will provide members with factual information and transparency.

"In the midst of implementing the 2022 budget they will have factual information to go off of instead of historical information," said Roberts.

While Brown Jr., Brown Sr., and council member Lloyd Holcomb Jr. did not support the resolution, the remainder of the voting body did.

"I think it is very important we allow the city clerk to run her office," said council member Bruce Lockett, who added that the city clerk's office was important to city government. "She is one of the few department heads that weren't present when they did this. The only thing she wants to do is define the roles of her employees the way she wants to."

Council member Ivan Whitfield agreed with Alexander, stating Roberts should get the same respect as the city attorney and mayor.

"She is the city clerk voted in by the people," he said. "To solve this whole thing, what we should be voting on is coming up with legislation saying the city clerk can bring budget adjustments from her budget straight to us."

Roberts said resolutions do not have to go before a committee, but she did it as a courtesy. She said she also provided email documentation with old job duties compared with the new ones and the reason for her request with no response back from the council members who didn't support her initiative.

"My goal is to organize, structure and adequately set the duties and responsibilities to date," said Roberts.

In other city business, two resolutions appointing two members to the Advertising & Planning Commission were tabled after committee members questioned the process for filling positions of all boards and commissions.

In most cases, the appointments are made by the remaining members of the board or commission, according to assistant city attorney Joe Childers.

Lockett said he was concerned because many of those appointments kept people in position for years.

Alexander requested that council members receive a list of every board and commission member with their term expiration dates and said all boards and commissions are not turning in their minutes as legislation mandates.

Not only were excessive term lengths an issue, Lockett said but also that there was no need for one person to serve on multiple boards and commissions with 41,000 people in Pine Bluff.

"We can find enough people to fill 15 to 20 boards; we don't have to duplicate," said Lockett, who added that the City Council needs to look into all boards and commissions.

Moving forward, according to council members, all boards and commission appointments will be placed on hold until further notice. Those whose terms expire during that time will continue to serve. 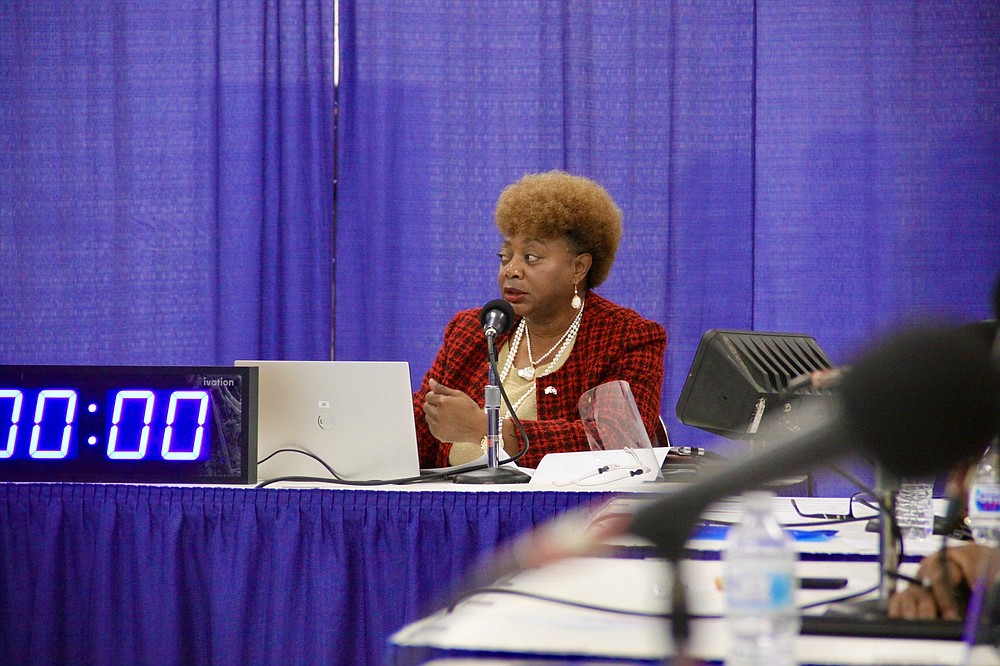 Pine Bluff City Clerk Janice Roberts explains that, when the salary survey was done for her department, she was not the elected official.