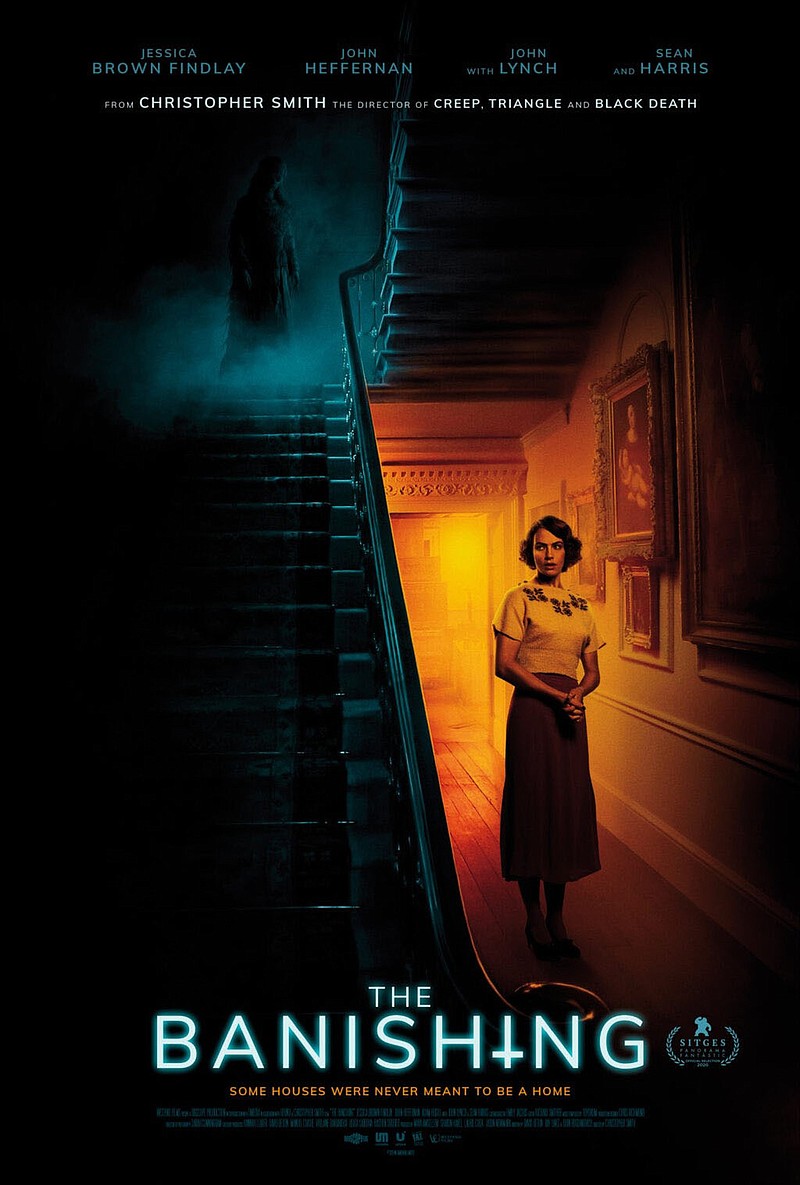 "The Banishing" (not rated, 1 hour, 37 minutes, on DVD and Blu-ray) Based on a true story, this solemn, chilling horror saga concerns a British minister who, in 1930, along with his wife and daughter, move into an aging manor that's occupied by a vengeful spirit, who proceeds to haunt the little girl, forcing her parents to consider remedies outside their faith to save the little one. With Jessica Brown Findlay, John Heffernan, Adam Hugill, Anya McKenna-Bruce, Sean Harris; directed by Christopher Smith.

"Dangerous" (R, 1 hour, 39 minutes, in theaters and On Demand) An action-stuffed thriller in which recovering sociopath Dylan Forrester (Scott Eastwood, for once in a starring rather than a supporting role), serving out his parole with the aid of antidepressants and an eccentric psychiatrist (Mel Gibson) loses it when his brother unexpectedly dies, which leads him to violate parole to find out why; it's an effort made more difficult with a determined FBI agent (Famke Janssen) on his trail. With Kevin Durand and Tyrese Gibson; directed by David Hackl.

"Nightshooters" (not rated, 1 hour, 40 minutes, On Demand) A frenetic mix of martial arts, dark Brit humor, bloodletting, and power-punching combat concerns a group of filmmakers illegally shooting a low-budget film in an abandoned office building, where they, through no fault of their own, witness and film a gangland execution in the opposite building. The perps are not pleased. With Jean-Paul Ly, Doug Allen, Nicky Evans, Rosanna Hoult; written and directed by Marc Price.

"Nox" (streaming on Topic) A tense, intriguingly claustrophobic miniseries from 2018 (six episodes, each 52 minutes in length) in which retired French police officer Catherine Susini (Nathalie Baye) pursues a gang of bank robbers that hides out in the Parisian sewers, where her daughter Julie (Maiwenn) has disappeared. With Malik Zidi, Frederic Pierrot, Damien Chapelle; directed by Mabrouk El Mechri.

"See You Next Christmas" (not rated, 1 hour, 39 minutes, Hulu) Fans of holiday-themed rom-coms will enjoy this none-too-original but appealing tale (winner of the Humor & Humanity Award at the recent 30th-anniversary Heartland International Film Festival in Indianapolis) in which Annie and Tom Clark throw their signature Clarkmas holiday party every year; among the annual guests are endlessly single Natalie and Logan who, sooner or later, may be ready to discover each other. With Elizabeth Guest, AJ Meijer, Christine Weatherup, Vin Vescio; written and directed by Weatherup.

"Gaza Mon Amour" (not rated, 1 hour, 27 minutes, On Demand) Hiam Abbass (Marcia Roy in "Succession") stars in this playful and sometimes absurd Palestinian romantic comedy from twin filmmakers Tarzan and Arab Nasser. An official selection at the 2020 Venice Film Festival and Toronto International Film Festival, it's set in present-day Gaza and concerns 60-year-old fisherman Issa (Salim Daw), who is secretly in love with Siham, (Abbass) who works at the market with her daughter Leila (Maisa Abd Elhadi). When he discovers an ancient phallic statue of Apollo in his fishing nets, he doesn't know what to do with such a mysterious and potent treasure -- although he senses that this discovery will change his life forever. With George Iskandar, Manal Awad, Rukkmini Ghosh.