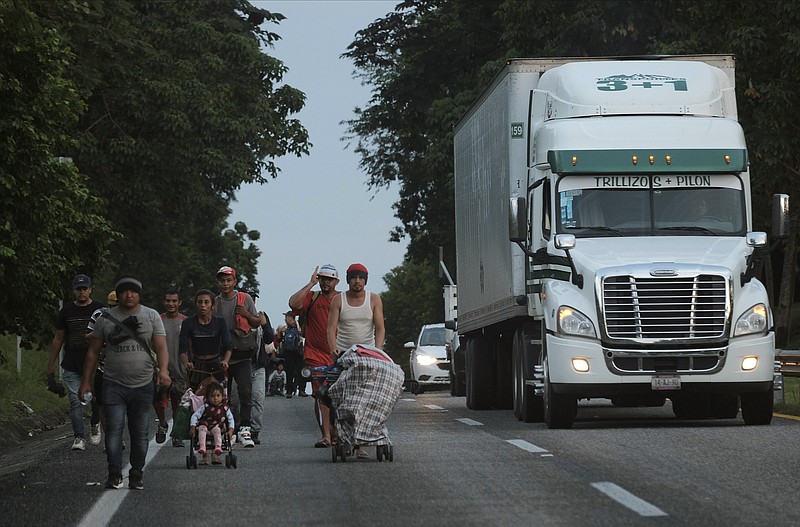 TAPACHULA, Mexico -- A group of migrants trying to walk across southern Mexico pelted officers of Mexico's national guard with a hail of rocks Thursday, apparently injuring at least one guardsman.

The guards were tailing the march and had apparently tried to detain some of the mainly Central American migrants, when a small group of a few dozen males started throwing rocks at two truckloads of guard officers equipped with plastic shields and helmets.

So heavy was the rain of rocks that at least two guard officers tumbled from the trucks onto the highway below near the town of Pijijiapan, in the southern state of Chiapas.

Video footage showed one of the guardsmen unconscious, with some migrants trying to help him while another threw a punch at him.

The national guard did not immediately respond to requests for comment. Its officers have been wary of confronting migrants since a shooting incident Sunday left one migrant dead.

Confrontations between law enforcement and migrants had been relatively rare in Mexico, but national guard officers opened fire on a pickup carrying migrants Sunday when the vehicle tried to avoid an immigration checkpoint; the guard said it had tried to ram a patrol vehicle.

A Cuban migrant was killed and four other migrants were wounded.

President Andres Manuel Lopez Obrador later said the shooting was unjustified, and that the pickup -- apparently driven by a suspected migrant trafficker -- had simply tried to run past the checkpoint, not ram the guard vehicle. The guard officers involved are now subject to a federal criminal investigation.

Apparently, the migrants in the truck were not part of some 4,000 mainly Central Americans who are seeking to reach Mexico City on foot. The shooting occurred about 25 miles from where the migrant march was at the time.

An estimated 4,000 migrants set out from the city of Tapachula, near the Guatemalan border, on foot on Oct. 23. They have made slow progress trudging along highways amid the brutal heat of the region, advancing only about 95 miles in almost two weeks.

The Mexican government has been attempting to discourage the march, saying the poor conditions are putting the migrants' lives at risk. The National Immigration Institute said six cases of dengue fever had been detected among members of the migrant march.

Much larger caravans crossed Mexico in 2018 and 2019, but those migrants never tried to walk the whole distance. They usually caught rides aboard passing trucks.

But Mexico has told truckers not to pick up migrants, saying they could face charges of migrant trafficking. The migrants are also afraid of becoming separated from the group for fear they will be rounded up and deported.

A national guard officer was killed by suspected immigrant traffickers in September.

And a dozen members of an elite police force in the northern border state of Tamaulipas are on in the killings of 14 Guatemalan migrants and five other people whose bodies were found shot and burned near the U.S. border in late January.

Frustration has been growing for months among the thousands of migrants waiting in Tapachula near the Guatemala border. Mexico's strategy had been to contain migrants in the south, far from the U.S. border, while allowing them to apply for asylum in Mexico.

But Mexico's asylum system has been overwhelmed and the slow process led many to decide it was not worth waiting. 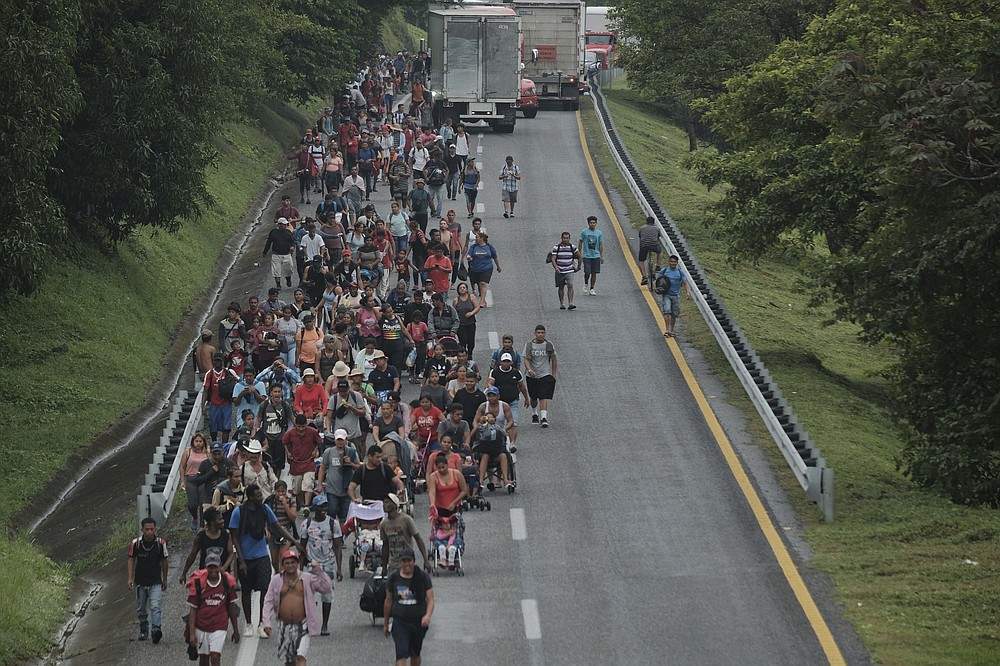