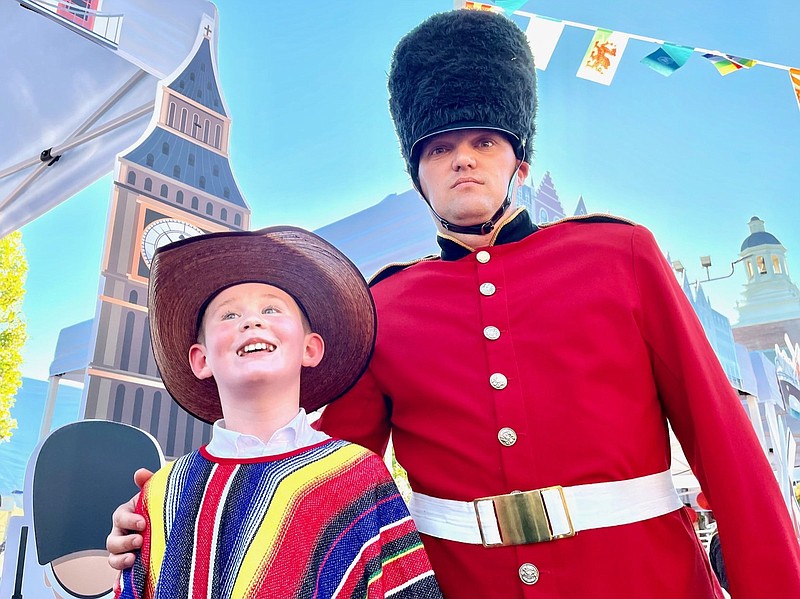 At a time when the country is polarized, First Pentecostal Church in North Little Rock decided to showcase its unity and its diversity.

So its members organized an international food festival, promoting it on social media and mailing out roughly 20,000 invitations.

"Within our church, we have a lot of different nationalities, cultures and ethnicities and we wanted to celebrate that," Pastor Nathan Holmes said. "Especially in our climate, it's so divisive and we just felt like we needed to come together as a church [and] as a community."

Billed as "All Nations Sunday," the event featured an outdoor worship service, a concert and a free global food court in one of the church's vast parking lots.

Many of the participants wore clothing that is representative of the nations they sought to highlight.

The burgers were quickly consumed.

"In less than an hour. The line didn't stop; they were gone," Bourn said.

Several parking spaces to the west, Sherwood restaurateur Darin Keith manned the Holland booth, passing out a variety of cheeses.

"We've got regular gouda, smoked gouda, we've got a beemster goat cheese, a havarti," Keith said before rattling off a couple of other European varieties.

The restaurant he owns, Bennett's by Keith & Co., doesn't specialize in food from the Low Countries.

"It's all American cuisine over there. I don't serve any Holland food," he said.

Keith nonetheless quickly agreed to provide visitors with a taste of the Netherlands.

"This has been our first year doing it so we really didn't know what to expect, but it's really been fun," he said. "The crowd was great. The people were great. It was fun, exciting. I see this as being an annual event."

At the United Kingdom booth, visitors could sip tea or sample wassail, warm glasses of mulled cider mingled with spices.

Towering over the booth stood Chris Herring, dressed like a member of the Queen's Guard, with a faux-bear-skin cap sitting atop his head.

"I've been here close to 30 years," he said. "It's amazing: the experience, the Holy Ghost, it's just life changing," he said.

By holding the event outside, the church helped minimize the risk posed by covid-19.

"The purpose of this church is to connect people with God and one another. It's that simple. Church is about community. It's about loving your brother or your sister as yourself, which is what Jesus told us to do."

At least 200 people volunteered to help make the event possible, said Holmes, who donned a Bavarian outfit he'd picked up on a trip to Germany.

Given the response, this won't be the last international food festival at First Pentecostal Church. 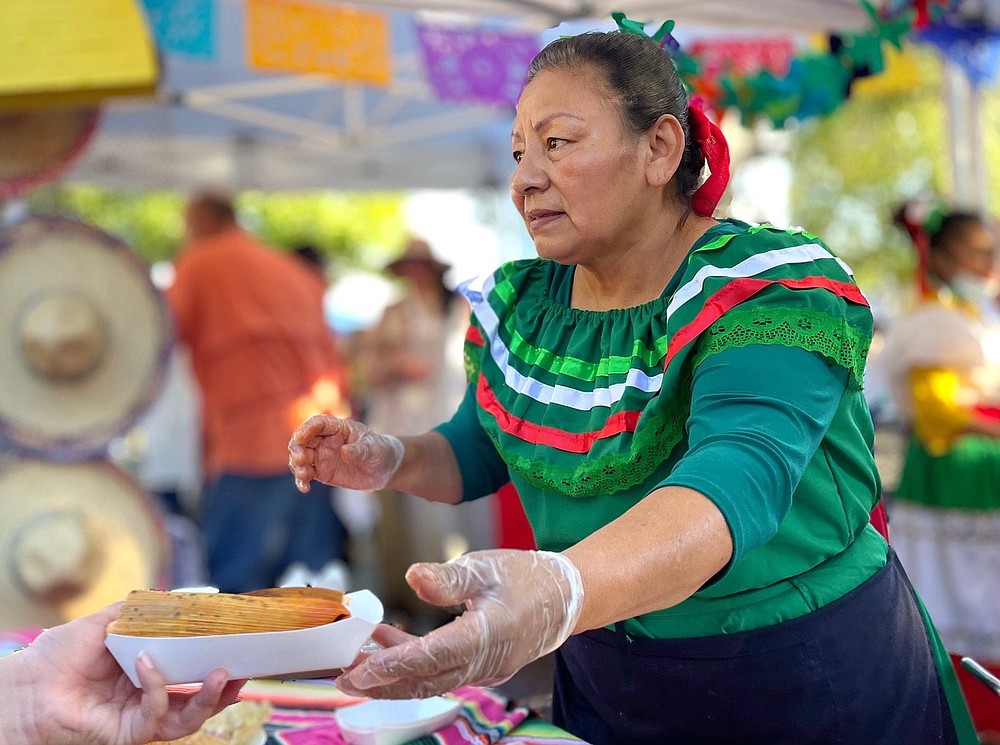 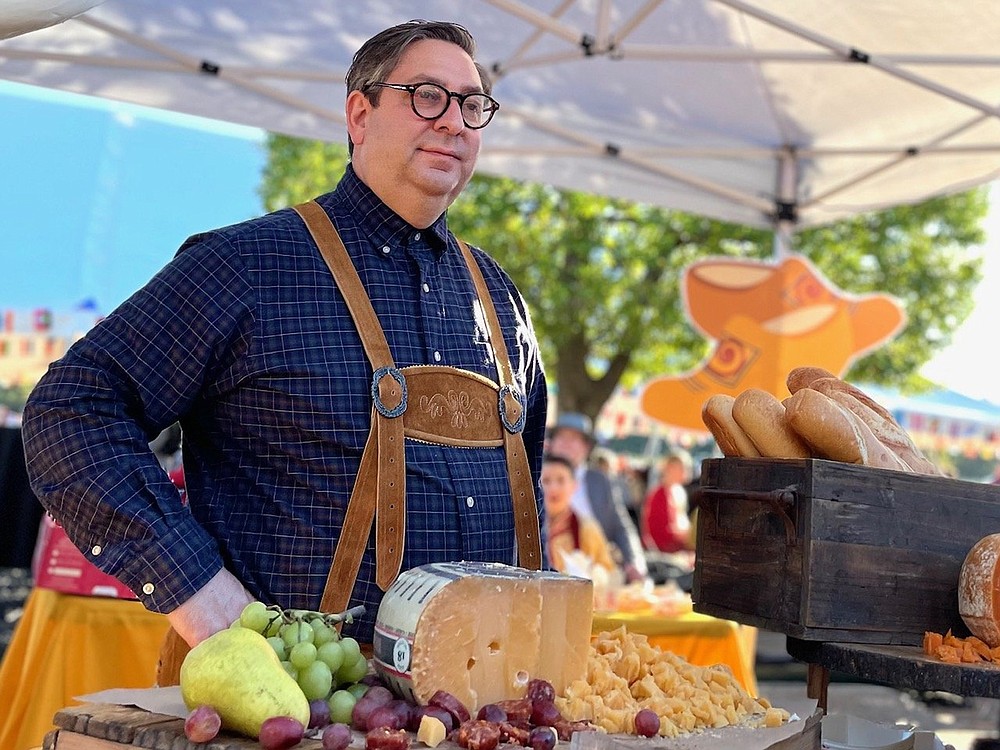 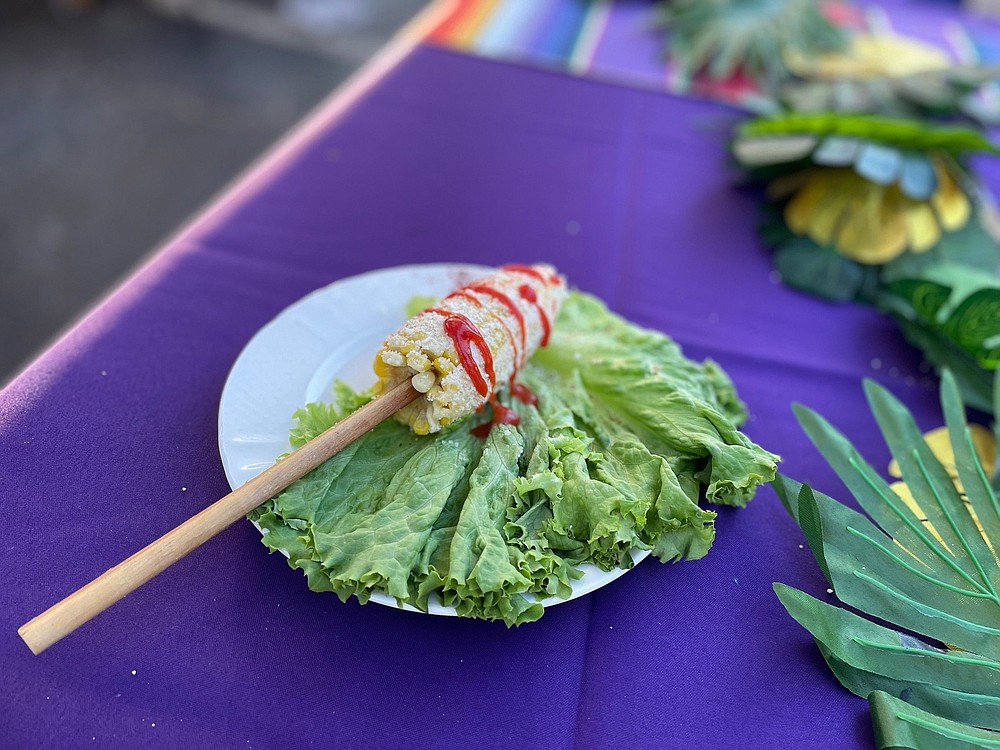 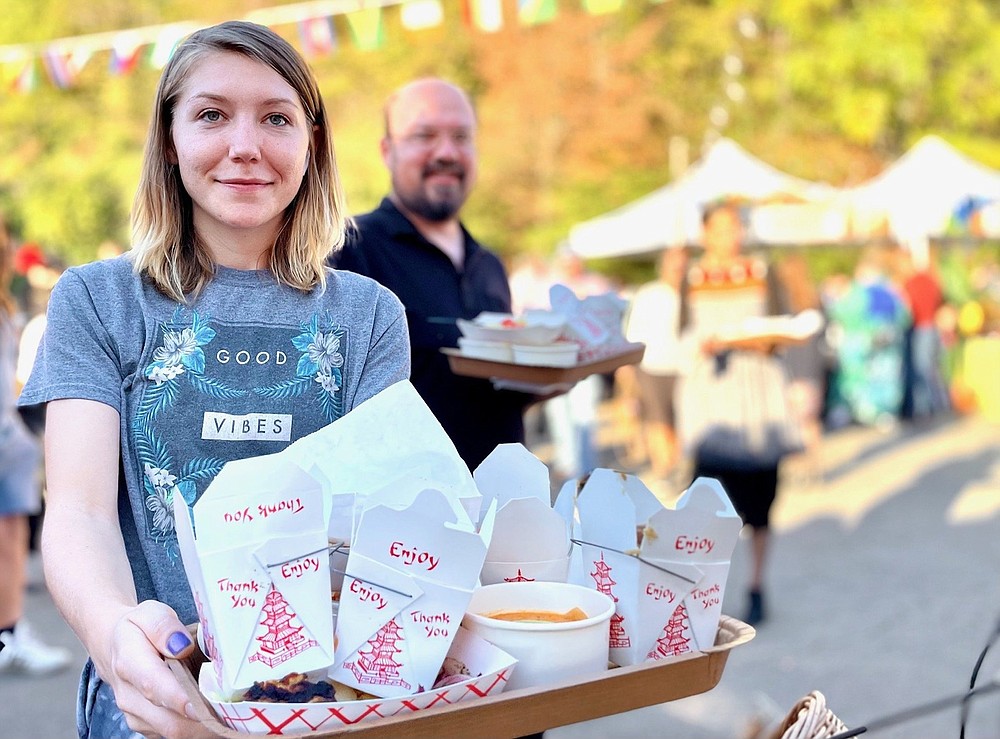