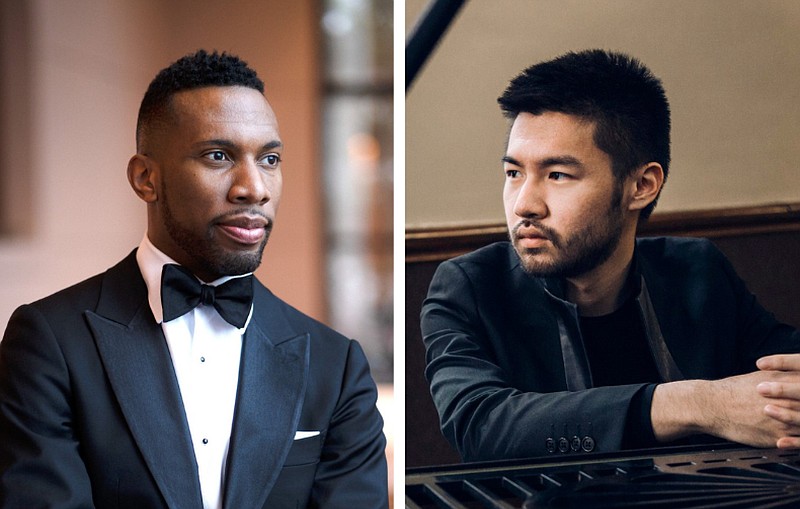 The Arkansas Symphony Orchestra must get these guys back here, early and often.

And guest conductor Roderick Cox, though most impressive in the first half of the program, showed exactly why he’s on the rise.

The audience — many, though not all, wearing jeans — got just as fine a concert as they would have if they were in tuxes. Tao was phenomenal in the Ravel concerto, with fast tempos creating a finger blizzard over the keyboard of the ASO’s nine-foot Steinway (which was onstage, by the way, at the top of the concert, eliminating the usual five-minute “move-the-piano” break in which only the stagehands star). The piece’s jazz influences defined the encore Tao delivered — Art Tatum’s take on Ray Noble’s “Cherokee.”

Cox fulfilled the “Beethoven” part of the program with a highly dramatic performance of one of Ludwig van’s most dramatic works, the “Coriolan” Overture. Cox is en route next week to Boston’s Symphony Hall, where he’ll fill in for Dutch conductor Ton Koopman.

Johannes Brahms’ “Symphony No. 2” on the second half of the program was a bit of an anticlimax. Cox’s first two movement tempos were a tad slow; there was some orchestral uncertainty in the opening bars, and especially in the early going, outside Brahms’ more dramatic passages, the piece lacked sparkle. Cox redeemed his interpretation in the sprightly third movement and the massive finale.

Tao, Cox and the dressed-down orchestra repeat the program at 3 p.m. Sunday at Robinson, 426 W. Markham St. at Broadway, Little Rock. Ticket information is available by calling (501) 666-1761, Extension 1, or online at ArkansasSymphony.org.