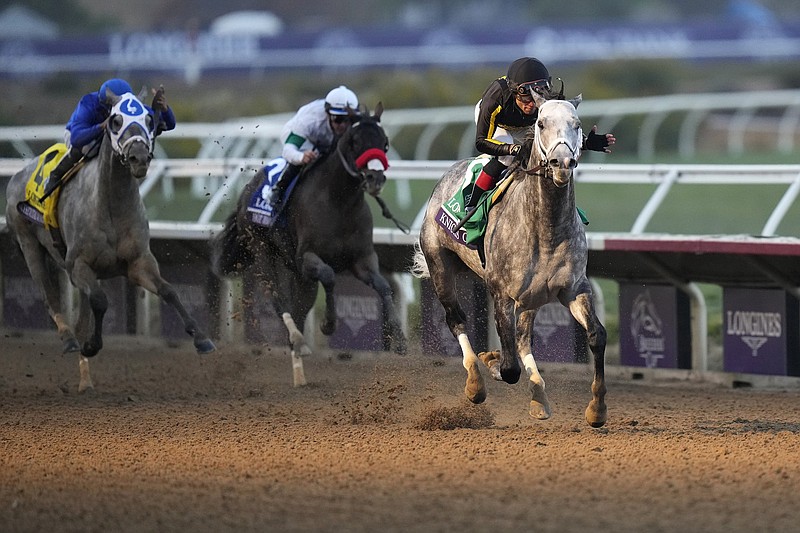 DEL MAR, Calif. -- Knicks Go set the early pace and kicked away to a 23/4-length victory in the $6 million Breeders' Cup Classic on Saturday at Del Mar.

Medina Spirit finished second for embattled trainer Bob Baffert. The colt failed a post-race drug test after the Derby and the Kentucky Horse Racing Commission has yet to make a final ruling based on its investigation.

The Classic field was reduced to eight when Express Train was scratched in the morning with swelling in his right hock, similar to an ankle.

In other races Saturday:

Letruska, the 8-5 favorite with ties to Mexico, finished 10th among 11 horses.

"I'd like to say thank you to my horse. She did a great job," Yahagi said through a translator. "It's a dream come true for the Japanese horse racing industry. I'd love to come back Breeders' Cup at Keeneland next year and do the same thing."

Yahagi didn't have to wait that long. Three races later, he saddled Marche Lorraine in the Distaff.

• Britain-bred Yibir won the $4 million Turf by a half-length, giving trainer Charlie Appleby, jockey William Buick and owner Godolphin Stables their third win of the weekend. Godolphin is the racing outfit for Sheikh Mohammed bin Rashid Al Maktoum, the ruler of Dubai. Yibir ran 1 1/2 miles in 2:25.90 and paid $19 to win at 8-1 odds. The 3-year-old gelding had one horse beat turning for home before charging on the outside and reeling in Broome, who finished second. Tarnawa, the 2-1 favorite, was 11th.

The three earlier teamed to win the $2 million Mile with 2-1 favorite Space Blues and the $1 million Juvenile Turf on Friday with Modern Games.

• In the Mile, Ireland-bred Space Blues won by a half-length. He ran the distance on the turf in 1:34.01 and paid $6.20 to win as the 2-1 favorite in his last race before retiring. Appleby's other horse, Master of the Seas, was scratched at the starting gate after acting up in the No. 1 post. Neither horse nor jockey James Doyle was hurt. It was similar to what occurred Friday, when Modern Games was mistakenly scratched by the veterinarians before being reinstated to run in the Juvenile Turf for purse money only. Modern Games won. "I'm getting used to this sort of speech now," Appleby joked.

• Aloha West scored an upset in winning the $2 million Sprint by a nose. The 4-year-old colt, who began his racing career this year, was sixth at the top of the stretch and edged Dr. Schivel at the wire under Jose Ortiz, who won his second Cup race of the weekend. Trained by Wayne Catalano, Aloha West ran six furlongs in 1:08.49 and paid $24.60 to win. Jackie's Warrior, the 1-2 favorite, was sixth.

• Ce Ce won the $1 million Filly & Mare Sprint by 2 1/2 lengths in an upset. The 6-1 shot paid $14.40 to win. Defending champion Gamine, the 2-5 favorite trained by Bob Baffert, finished third, ending her five-race winning streak. Victor Espinoza, who is 49, rode the winner. She ran seven furlongs in 1:21.

• Life Is Good cruised to a 5 3/4-length victory in the $1 million Dirt Mile, giving jockey Irad Ortiz Jr. his third Cup victory of the weekend. The 3-year-old colt ran the distance in 1:34.12 and paid $3.40 to win as the 3-5 favorite. Todd Pletcher trains Life Is Good and earned his 12th Cup win. Ortiz has 14 career Cup victories.

• Golden Pal rocketed to the front in the $1 million Turf Sprint and won by 1 1/4 lengths under Irad Ortiz Jr. The 5-2 favorite ran 1 1/4 miles in 54.75 seconds and paid $7 to win. Ortiz and trainer Wesley Ward combined to take the Juvenile Turf on Friday with Twilight Gleaming.

Also, jockey E.T. Baird was fined $5,000 by the Del Mar stewards for violating California's whip rules in the Juvenile Turf Sprint on Friday. He was cited for using the whip more than six times during a race. His mount, One Timer, finished ninth. 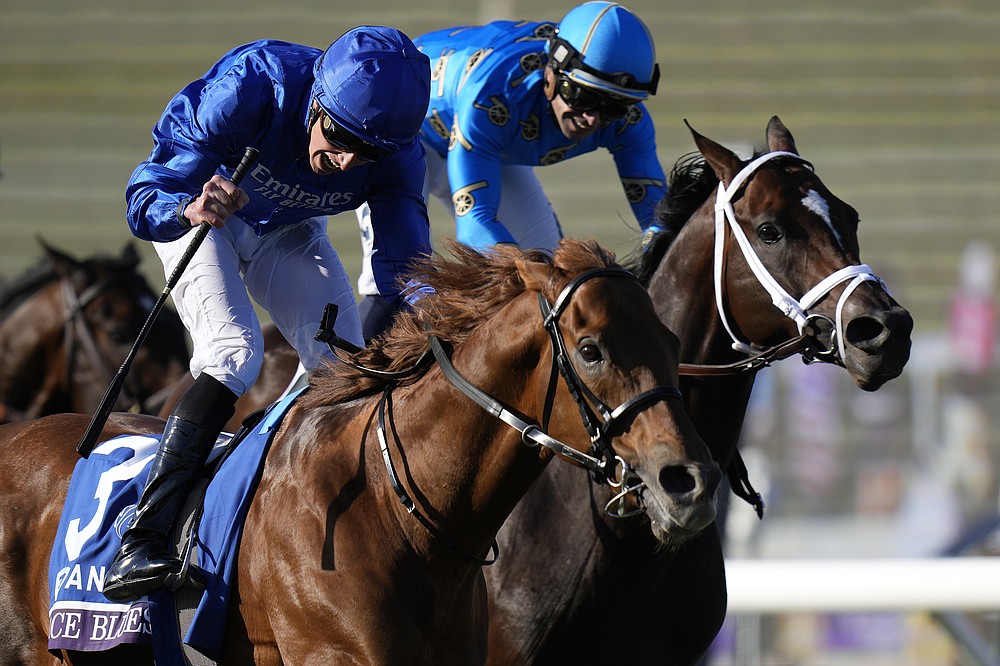 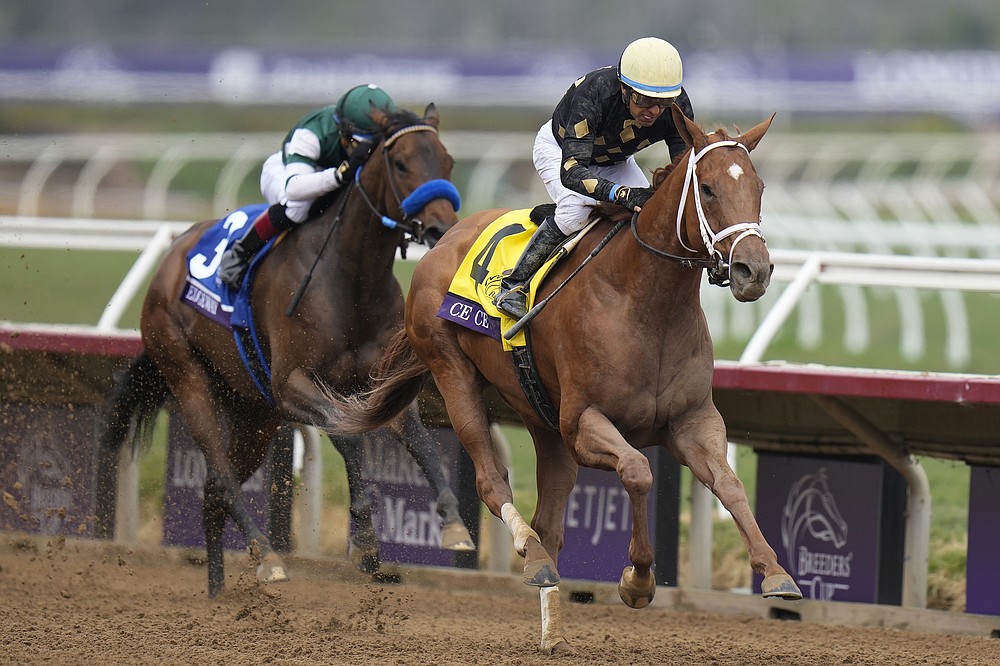 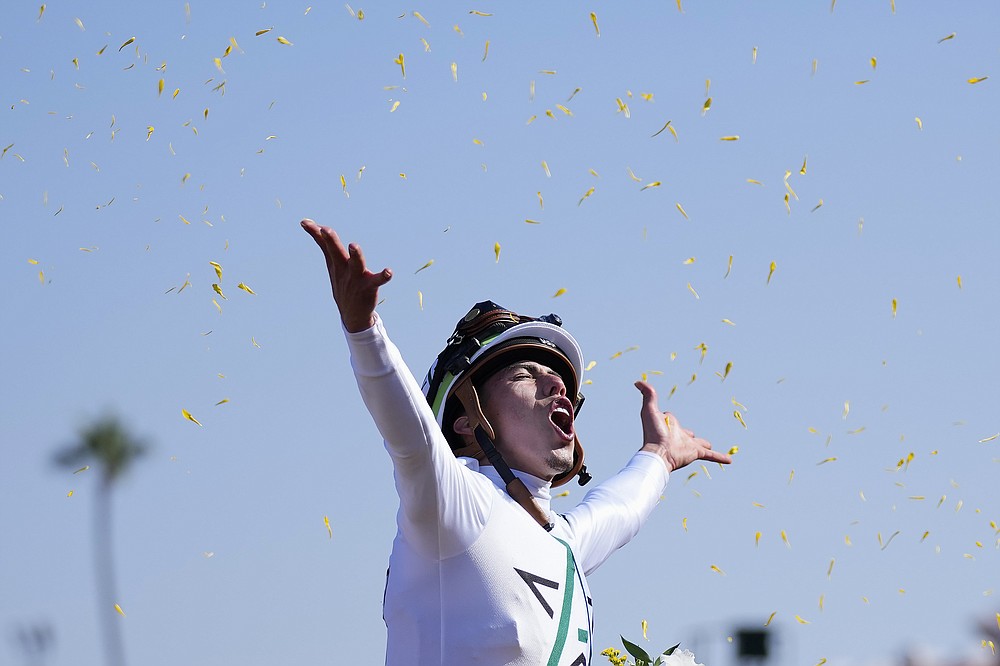 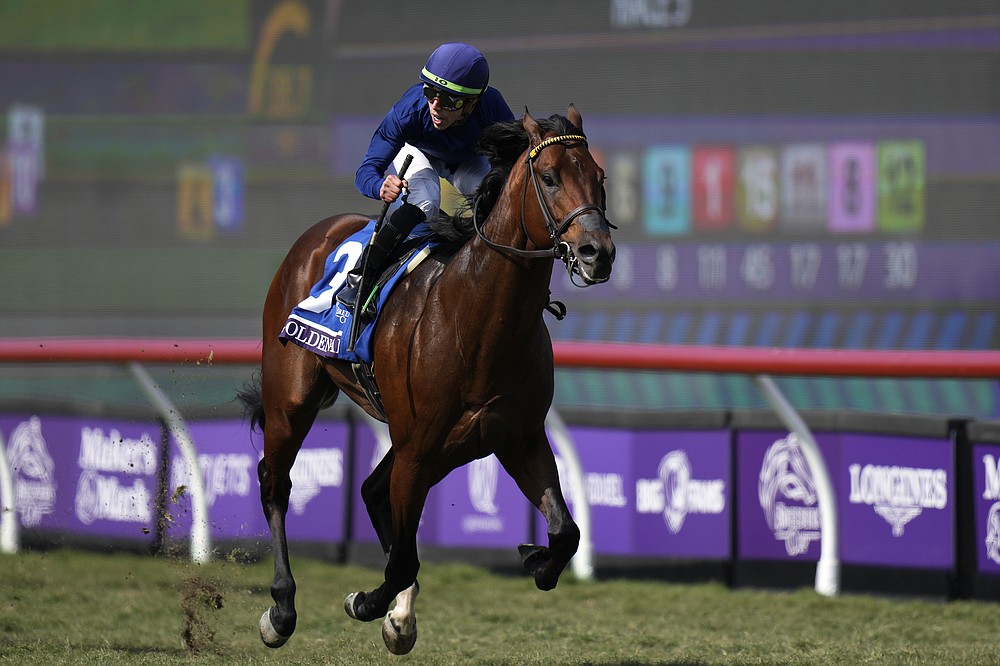 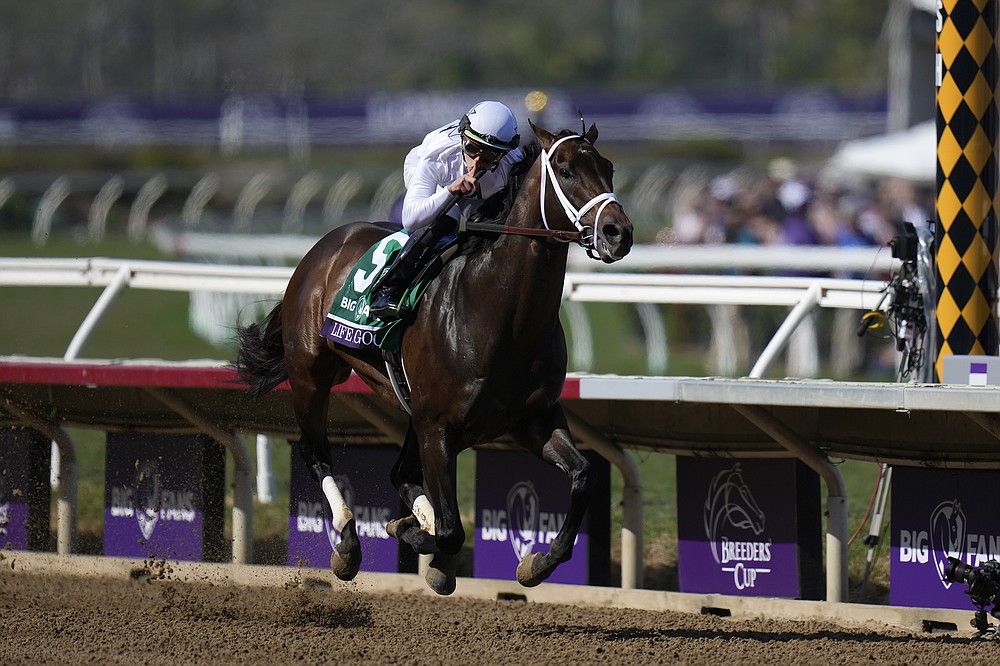 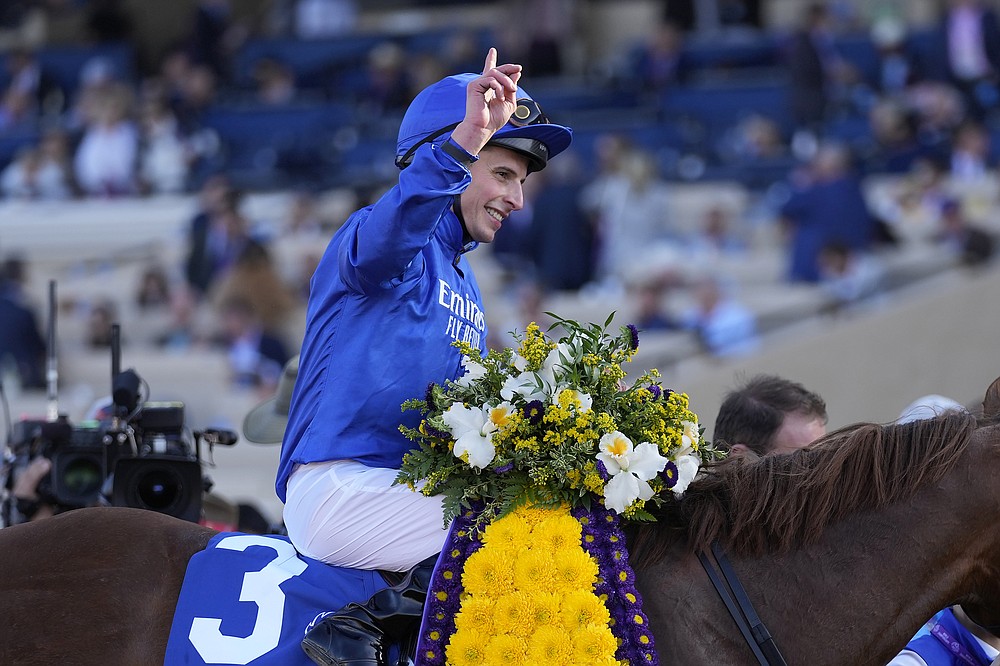