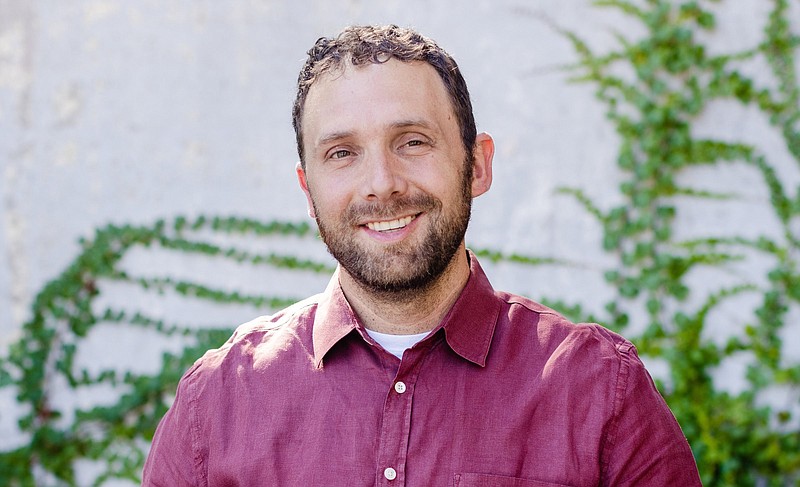 While the heirs of Walmart Inc. founder Sam Walton tend to keep a low profile, grandson Lukas Walton has perhaps been one of the most successful at staying out of the public eye.

But he moved closer to the spotlight on Oct. 12 when the website for a new company founded by the young billionaire and his wife, Samantha Baiz Walton, went live.

A longtime environmental philanthropist, Lukas Walton, 35, is the chief executive officer of Builders Vision LLC. The company injects capital into businesses taking on social and environmental challenges, and supports nonprofits looking to make long-term positive change in these areas.

Builders Vision is based in Chicago, which the couple call home.

Lukas Walton, in a statement provided to the Arkansas Democrat-Gazette, said that Builders Vision's work "is about the organizations and people on the ground who are innovating and pursuing solutions that we desperately need.

"We stand behind them and are here to support them in any way and with whatever tool we can," Walton said. "Whether it's early-stage capital, organizational support, advocacy or a philanthropic grant, we offer multiple tools in one place to help those working to build a more humane and healthy planet."

He and his wife wrote in a founders' note on the company's website that their mission is "to shift markets and minds for good by collaborating with each other, our communities and our partners."

Those themes run throughout their message.

Businesses must shift strategies away from what's easiest and most profitable in the short term, they said, because "the most successful businesses in the future will be those driven by purpose."

But they emphasize that creating positive social and economic change doesn't fall solely to the business community. Rather, this work "requires collaboration with consumers, policy makers, the private sector, nonprofit leaders, media, and the arts and academic communities," they said.

The Builders Vision platform, the umbrella for the company's three branches, initially formed under a different name in December 2017. Its name was changed to Builders Vision LLC on Nov. 18, 2020.

The company, which has about 60 employees, focuses on four areas in which it seeks to make a positive impact: food and agriculture, healthy oceans, community, and climate and energy.

Builders Private Capital, through its direct investment team S2G Ventures, backs innovative entrepreneurs and startups. The plant-based meat alternative Beyond Meat is among the best-known companies in S2G's portfolio.

Inside Philanthropy magazine said in its Oct. 25 edition that the foundation currently has an endowment of $1.2 billion, and that the couple committed $2 billion to philanthropy between 2019 and 2021.

The third branch, Builders Asset Management, invests the foundation's endowment and other funds. Its financial returns are re-invested in the venture and philanthropic efforts, the spokeswoman said.

Born in Southern California to Sam and Helen Walton's second son, the late John Walton, and Christy Walton, Lukas Walton was diagnosed at age 3 with a rare form of kidney cancer.

When the cancer didn't respond to chemotherapy, his mother put him on a diet based on plants and herbs from her own garden. She reportedly claimed this diet eliminated his tumor.

That experience fueled his passion for protecting the environment and promoting sustainable practices, according to his biography on the Walton Family Foundation's website.

Walton was 18 when his father died in the June 2005 crash of the experimental ultralight aircraft he was flying in Wyoming's Grand Teton National Park. Lukas Walton inherited a third of his father's $18 billion estate, according to Forbes. Christy Walton inherited one-sixth, and half the estate went to various charities.

As of Thursday, Lukas Walton was worth $17.5 billion, according to Forbes' World's Real-Time Billionaires List. That placed him at No. 119 on the list.

He is the only grandchild of Sam Walton on the list.

Walton graduated from Colorado College, a private liberal arts college in Colorado Springs, in 2010 with a degree in environmental science and economics.

As a member of the Walton Family Foundation's board of directors along with most of the family, Walton chairs its environment program committee. He's also chairman of the Walton Conservation Coalition Inc., a nonprofit formed in 2017 to support initiatives "that focus on restoring the health of the world's oceans and rivers," according to tax records.

Builders Vision LLC is not related in any way to the Walton Family Foundation, a spokesman for the foundation confirmed.

Many of the younger Waltons take an active role in the Walton Family Foundation and other nonprofit endeavors.

Builders Vision's business model -- that brings together impact investing and philanthropy -- is novel, said Tyler Wry, an associate professor of management at the University of Pennsylvania's Wharton School. He currently teaches classes in entrepreneurship and growing social impact.

"What they're doing is something I've never seen before," Wry said.

"There are charities that make grants, and they give this money away to organizations," he said. "And then there are impact investors, most of whom are looking for market-rate returns on opportunities that have some sort of positive social or environmental impact."

"To actually do both out of the same operation is pretty cool," Wry said.

There are lots of impact investors and lots of charities or philanthropies, he said. "But if you want to find someone who is looking across all these opportunities, that's what's novel here, and I think that's actually what's really exciting."

If an impact opportunity under consideration isn't going to make a market return or fit that venture capital mode, Wry said, "you can put it in this other pile and give it the money that it needs to succeed."

Rogelio Garcia Contreras, director of the social innovation program at the University of Arkansas' Walton College of Business, called Builders Vision's model "an amazing approach to the whole movement of social innovation."

"From my perspective, this is exactly what needs to happen in terms of the diversity of instruments through which capital and financial resources can be driven to what [Lukas and Samantha Walton] call the builders of change in our communities," he said.

The couple recognizes the importance of talking with people "on the ground" who are dealing with social and environmental problems, and of listening to them and trusting their ideas regarding the best way to approach a particular problem, Garcia Contreras said.

These innovators and builders need that capital "to make things happen, to actually transform their ideas into something concrete, to take their idea to market, so to speak," he said.

Similar, though not identical, social impact business models exist throughout the world, Garcia Contreras said. And initiatives from various investment companies, financial institutions and social impact investors are creating benchmarks for assessing the impact of their investments on the companies they fund, he said.

The founders' statement is very powerful, he said, and shows that the couple is aware of the importance of investing long term, of looking for a return on investment that is not always financial, and of creating a cultural shift in the markets that benefits people and the planet.

What Builders Vision is doing is part of a growing movement, Garcia Contreras said. "Impact investment is really a movement that is trying to drive capital to initiatives and innovations that are trying to impact the world in a positive way."

"Hopefully it's not too late, and hopefully it will take us to a more sustainable future," he said.