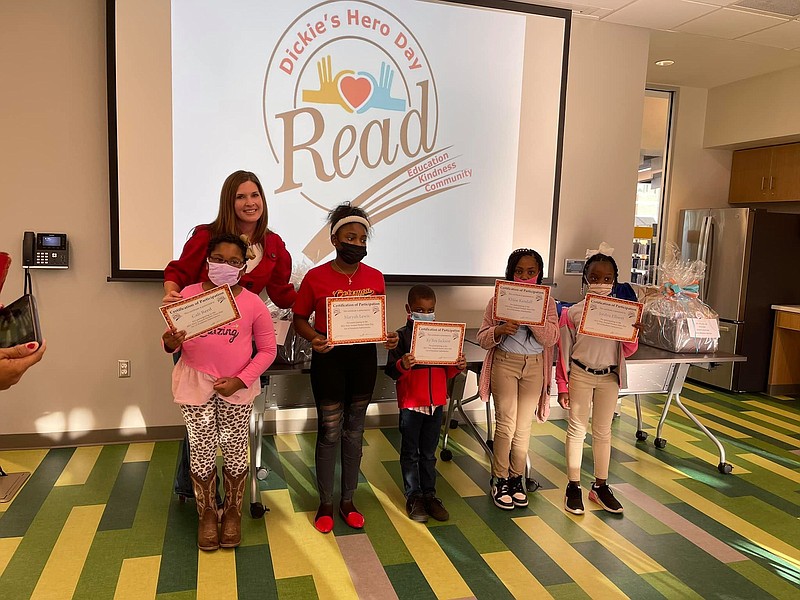 Brandy Weatherly, the daughter of Richard Dennis “Dickie” Ratliff, stands with a group of winners at the inaugural Dickie’s Hero Day ceremony at the Jefferson County/Pine Bluff Library. (Special to the Commercial)

Children ages 4 to 12 were recognized for their acts of kindness during the Dickie's Hero Day ceremony, a partnership between the Pine Bluff-Jefferson County Public Library System and Brandy Weatherly in memory of her father, Richard Dennis "Dickie" Ratliff.

"He was a tried and true Pine Bluffian who grew up at 519 E. Eighth," said Weatherly. "He lived here, went to school here and worked here his entire life until his tragic death."

Ratliff graduated from Pine Bluff High School in 1967 and served in the Army and Reserves between 1971 and 1975. In 1972, he and his brother, Russell Lee Ratliff, opened Big Banjo Pizza Parlor. Weatherly said her dad was a hard-working man with a huge, kind heart who would help many in need.

Whether it was giving them a ride or giving them a job or a place to live so they could get on their own two feet, Ratliff was ready to help, Weatherly said, adding that her father helped without most people ever knowing because he did it from the heart and not for the accolades.

"This is what I call a hero and a real legacy," said Weatherly.

Not wanting her dad's spirit of love and kindness to be forgotten, Weatherly reached out to the Pine Bluff-Jefferson County Library and friends of the library to propose an idea she felt would promote positivity and kindness.

Weatherly said her father always gave advice to parents to get their children into school early and stressed the importance of reading.

"Brandy brought the program to us in late 2020 wanting to promote the act of kindness through the youth in Pine Bluff," said library director Ricky Williams.

During the month of October, leading up to Dickie's Hero Day, several businesses around the city participated in a reading program during which children could hear live storytelling by volunteer readers. Linda Bateman and the Dolly Parton Imagination Library made up a huge portion of the volunteer readers, according to Weatherly.

Every Pine Bluff elementary school distributed "acts of kindness" forms to their students so they could participate in the contest for a chance to win prize boxes filled with books and arts and crafts.

Submissions for kind acts were accepted through Oct. 23.

"We had acts-of-kindness submissions from taking out the trash for the elderly to volunteering at the homeless shelter," said Williams, who announced the winners and handed out the prizes during the ceremony. "We had three anonymous judges who chose nine winners."

Williams said nearly 50 people were in attendance while the students received certificates and their prize boxes, including representatives from some of the businesses that participated. Those businesses include the Arkansas Railroad Museum; Arts and Science Center for Southeast Arkansas; Big Banjo Pizza; Delta Rivers Nature Center; The Generator; Hunter's Refuge; and the Pine Bluff Aquatic Center.

The act-of-kindness winners for ages 4-6 were Quentin Criag Jr. and Naomi Jasper.

Weatherly thanked Williams and program coordinator Jana Mitchell for their support and for helping her honor her dad.

"We want to encourage kids to read. ... It could have a nice impact on the community," Mitchell said in a previous interview.

"This is the first of many Dickie's Hero Day celebrations, and we hope and plan to have it get bigger and better each and every year," said Weatherly. "I ask you all, help me keep my dad's legacy alive and thriving in our community by choosing to be kind." 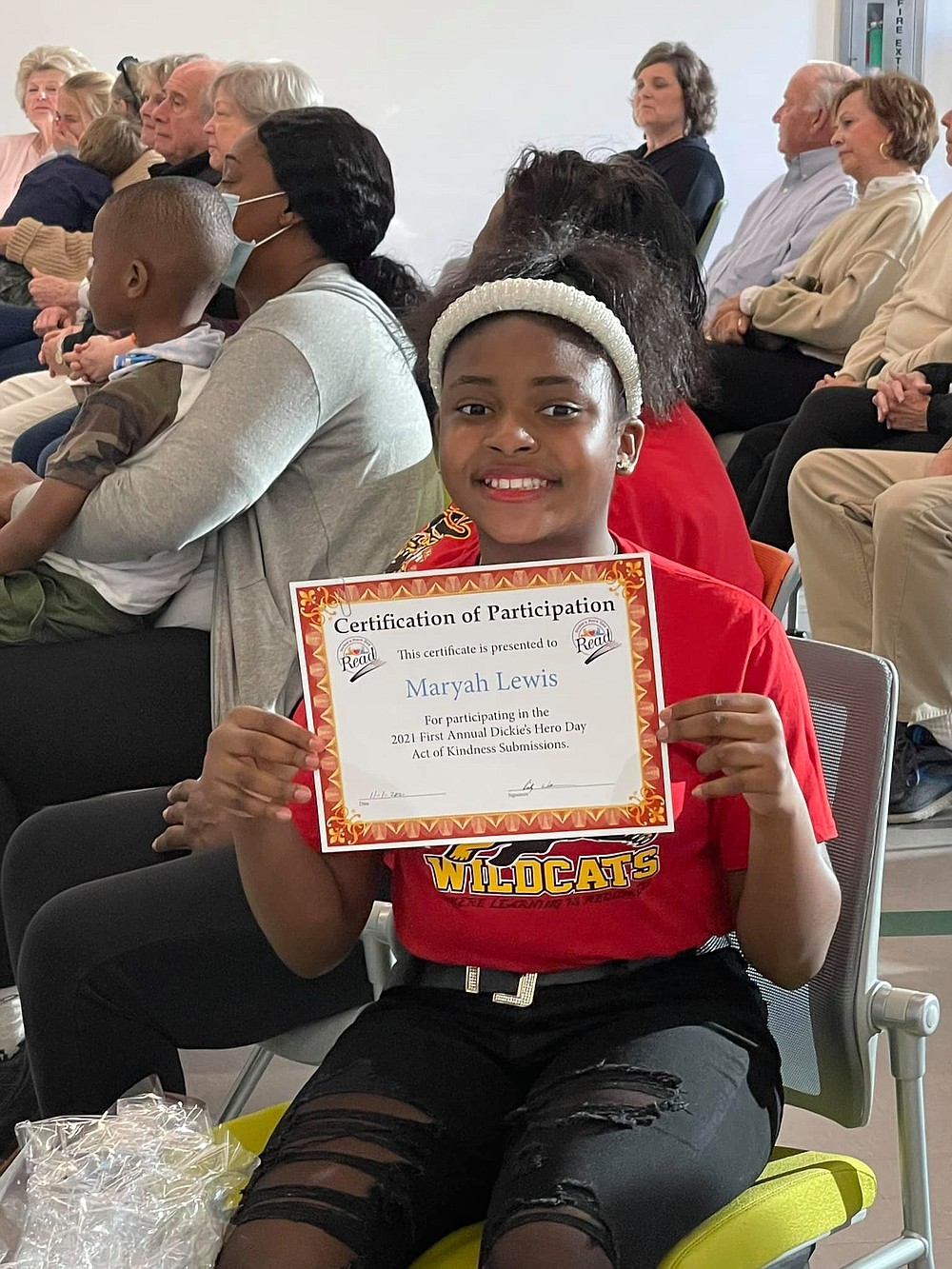 Maryah Lewis proudly displays her Act of Kindness Cerification of Participation. (Special to the Commercial)