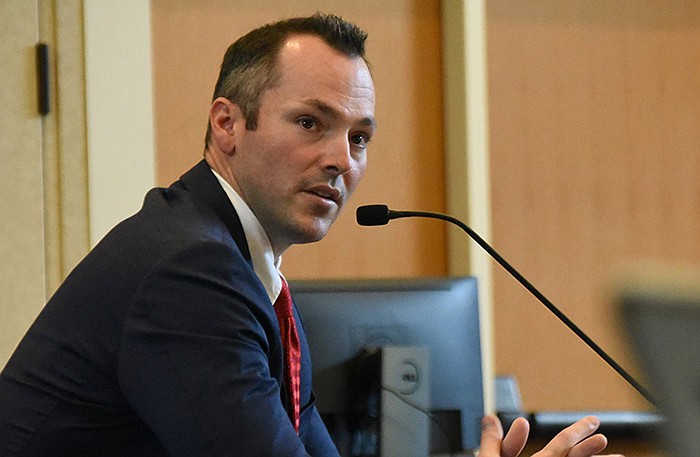 David Mattox, the Little Rock police officer whose firing was overturned Thursday by the Little Rock Civil Service Commission, has resigned from the department to take a job with the North Little Rock Police Department.

Mattox’s attorney, Robert Newcomb, said Monday that Mattox had been offered another law enforcement job “where he feels he’ll have better working conditions.”

Amy Cooper, a spokesperson for North Little Rock Police, confirmed the department had hired Mattox as a patrol officer and that he began his first day on the job Monday.

Mattox was terminated from the Little Rock Police Department earlier this year because of his involvement in a 2020 indecent-exposure investigation in which his wife was one of the victims. Police Chief Keith Humphrey had accused the officer of untruthfulness and unauthorized investigation.

Mattox appealed the decision to the city's Civil Service Commission, which voted to impose a one-month suspension instead of termination and add a letter of reprimand to Mattox's personnel file. Although the commission opted for a less-serious disciplinary action, commissioners voted to uphold the city’s findings against Mattox.