MASTER CLASS: Trying not to crush your own skull can be great exercise 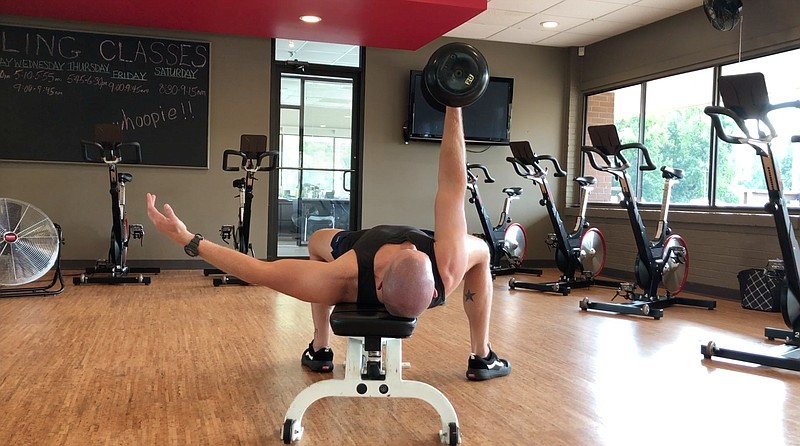 If it were possible to transport a human from the year 1776 into today's society, that individual would have many questions. Outside of the obvious (electricity, telephones, motor vehicles), someone from the 18th century would wonder why people choose to run on treadmills knowing they will go nowhere.

This week, I want to share a cool movement that would not only confuse our transported human but even some of today's most frequent exercisers. But first, let's think about preventive medicine and why some choose to engage in it while others do not.

Although mountains of data support the mental and physical benefits of regular physical activity, around 20% of Americans would never voluntarily engage in an exercise program, not in their entire lifetimes. Another 20% do regular physical activity that meets or exceeds recommended levels. After a little quick math, it's easy to understand that most people fall somewhere in between.

About 60% of Americans exercise intermittently throughout their lives with varying degrees of commitment. They might stick with a solid exercise program for a few years but fall off during periods of high stress, injury or travel. It's this 60% of Americans (roughly 200 million people) that might respond to health education, health information and motivational support.

The other 130 million have already made up their mind one way or the other.

When I think about such statistics, I wonder where our transported human from 1776 would land. Would this person begin to understand that people who engage in exercise generally have better health throughout their lives, and so begin a program? Or would they scoff at the notion of preventive medicine and choose to eat junk food, smoke cigarettes and lie around watching daytime television?

Of course, I'll choose the former — because I know the latter has far too bleak an outcome for someone who's selected a career in population health.

I also know that it feels better (physically and mentally) to be active rather than inactive. And I believe that simple feedback loop does wonders for those reading this article as well.

Feeling good after an exercise program is, in part, due to increased blood flow and oxygen throughout the body. This can be achieved with a variety of exercise modalities, but this week's featured movement falls into the strength-training category.

The Single Arm Skull Crusher is a great way to challenge the core while focusing on triceps development.

[Video not showing up above? Click here to watch » arkansasonline.com/1108master/]

1. Select one medium-weight dumbbell and lie on an exercise bench.

2. Holding the dumbbell in your right hand, extend the right arm straight out over your chest.

3. Slide your torso slightly to the right so that your right shoulder blade is off the bench.

4. Extend your left arm horizontally out from your left shoulder for balance.

6. Perform a normal triceps extension with the dumbbell by bending the right elbow to 90 degrees, then extending.

Part of the impetus for today's column comes from the idea of social norms. These are the attitudes, behaviors and activities that people engage in because that's what they have learned from people close to them.

Social norms are part of the reason that Mississippi leads the nation in obesity rates every year while Colorado is always at the bottom of the list. Beliefs influence behavior, and my job is to help educate people so that we could have confidence that, brought forward in time to live among us, our friend from 1776 would choose the right path. Have a great week!