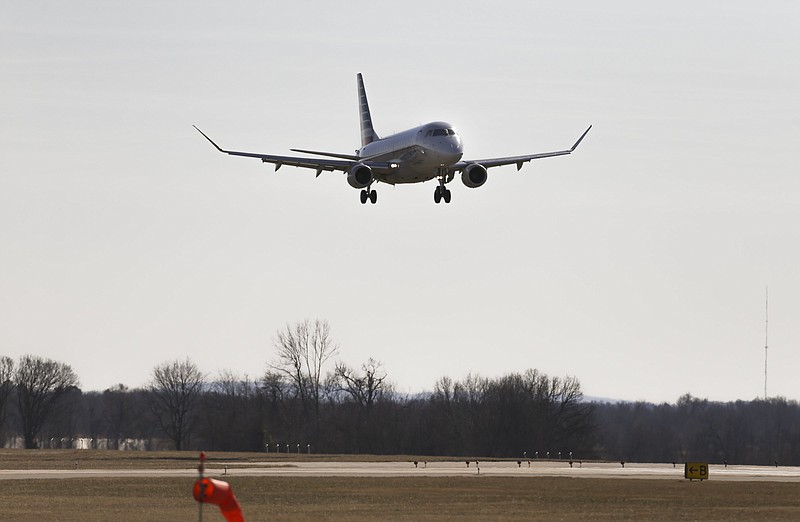 HIGHFILL -- A fire on a military transport plane forced the aircraft to make an emergency landing Monday afternoon at Northwest Arkansas National Airport.

A Lockheed C-130 Hercules landed around 2:30 p.m. with two pilots on board, according to airport spokeswoman Alex English. There were no injuries reported.

The plane is based at Little Rock Air Force Base in Jacksonville and belongs to the 314th Airlift Wing at the base, according to Capt. Jessica Cicchetto of the base's Public Affairs Office. "We can confirm all crew members are safe and accounted for," Cicchetto said in an email.

Three incoming flights had been diverted due to the runway being closed, and a number of departures had been delayed by late afternoon Monday, according to the airport's website. English didn't know how long it might take to remove the C-130.

"We're hoping to get the runway open as fast as possible," she said. "Obviously, it's a very large aircraft, and they have to be careful with the towing process."

Cicchello said the incident is being investigated by the Air Force and no further details would be released.

The C-130 primarily is capable of operating from rough, dirt strips and is the prime transport for airdropping troops and equipment into hostile areas, according to the Air Force website.