OPINION | FRONT BURNER: Beverages to warm you up in these cooler months 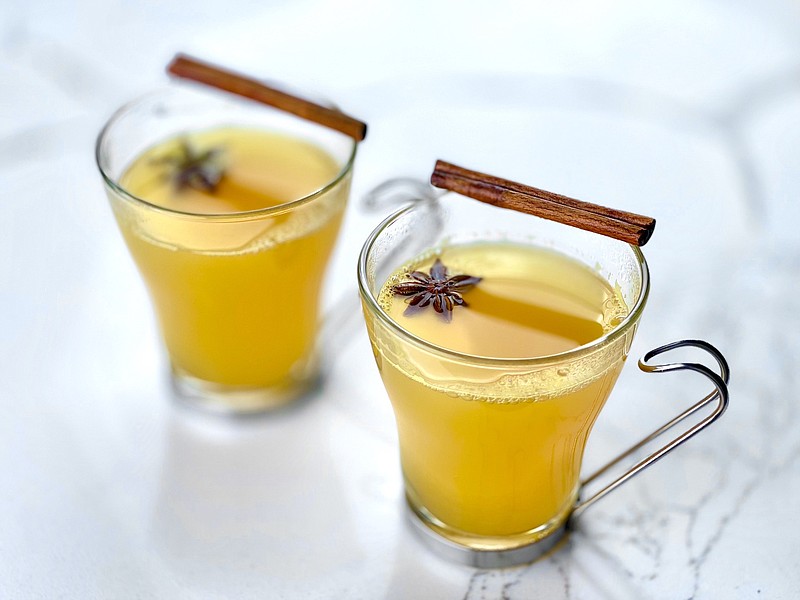 We finally have a nice, lasting chill in the air and Thanksgiving and Christmas will be here before we can blink.

Which means it's time for warming beverages. One of my favorite warm beverages is mulled wine. English Christmas Punch is a particular favorite (see recipes at arkansasonline.com/1110mull).

But sometimes I want something a little different.

Mulled white wine is a delicious alternative to the better known version made with red wine. It's lighter and brighter, but just as cozy. The ingredients are essentially the same, but instead of a heavy red, a white wine such as riesling, chardonnay or gewurztraminer is used. I've also seen this called Mosel-style gluhwein and orangen gluhwein.

[Video not showing above? Click here to watch: arkansasonline.com/1110burner]

In a medium saucepan combine white wine, orange liqueur, orange juice, sliced orange and lemon, the juice of the mandarins and the spices.

Bring to a low boil; add the 1 tablespoon of sugar and reduce heat and simmer gently for 15 minutes. Taste and add more sugar if needed. Simmer 15 minutes more.

Keep warm for up to 1 hour before serving. Serve garnished with a cinnamon stick and a star anise. 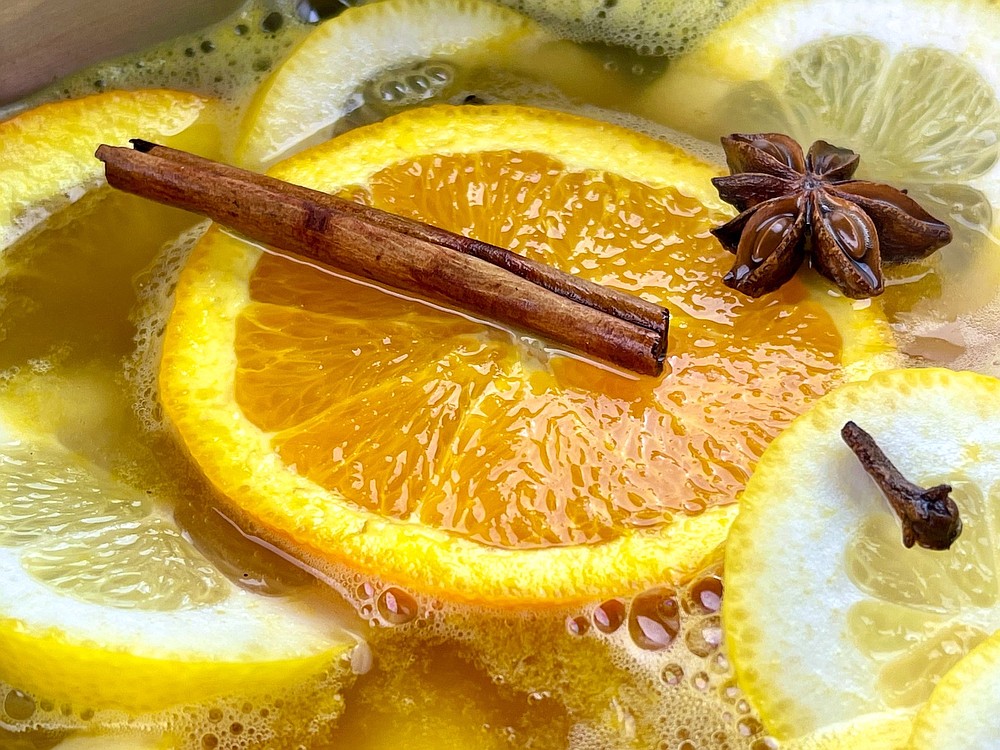 Using a sharp paring knife or vegetable peeler, remove the colored part of the orange and lemon peels in wide strips. Juice both fruits.

In a small saucepan, combine the juices, zests, sugar, bay leaf, nutmeg, cloves and ½ cup of the wine. Heat, stirring, until the sugar dissolves. Add the remaining wine and simmer to 5 to 10 minutes (do no boil). Strain into serving glasses and serve warm garnished with a cinnamon stick.

This one can be made with or without the brandy.

Using a sharp paring knife or vegetable peeler, remove the colored part of the orange in wide strips. Juice the naked orange.

In a saucepan, combine the orange zest and juice, the brandy, ½ cup water, brown sugar, cloves, anise and 2 of the cinnamon sticks. Bring to a boil; reduce heat and simmer for 5 minutes. Add the cider and continue cooking until heated through.

In each glass place a slice of apple and pour the mulled cider over the apple; add a cinnamon stick and serve.