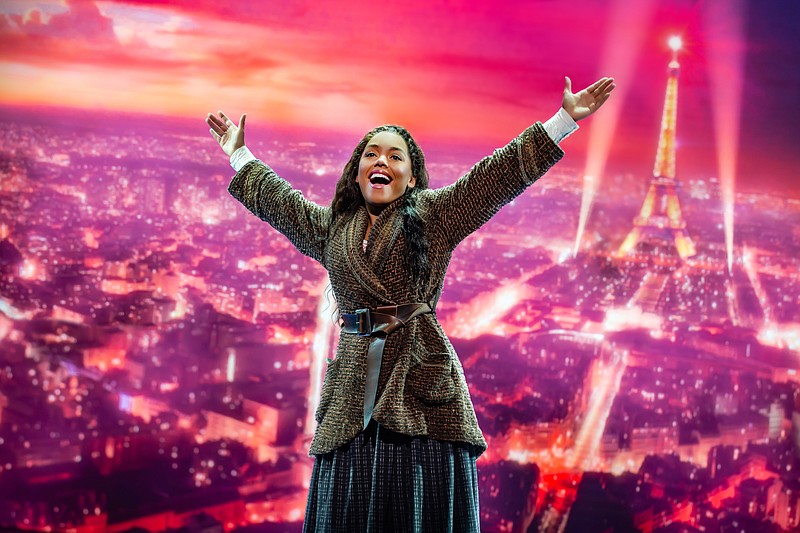 Kyla Stone plays Anya, who may or may not be the Grand Duchess Anastasia Nikolaevna, scion of the Russian Romanovs, in the national tour of "Anastasia," onstage this weekend at Little Rock's Robinson Center Performance Hall. (Special to the Democrat-Gazette/Jeremy Daniel)

The enduring mystery of whether a scion of the Russian royal family survived the revolution is at the heart of "Anastasia," the touring Broadway musical onstage this weekend at Little Rock's Robinson Center Performance Hall.

Is this young woman really the Grand Duchess Anastasia Nikolaevna, who could have escaped the execution of the czar and his family in Russia in 1918?

"I know the answer, based on my own reading of my character," says Kyla Stone, who plays the "title" role of Anya, the brave young woman who is out to discover her identity.

"But for the audience, it's left up to their interpretation. They can debate it, given the mystery and magic. That's the cloud over the show — the hope of 'what if.'"

The stage musical is based on the 1997 film of the same name (with many of the same songs, by Stephen Flaherty and lyricist Lynn Ahrens, with a book by the late Terrence McNally).

It transports the audience from the twilight of imperial Russia to the euphoria of Paris in the 1920s, as Anya, pursued by a ruthless Soviet officer (Brandon Delgado), enlists the aid of a dashing con man (Sam McLellan) and a lovable ex-aristocrat (Bryan Seastrom) on her epic adventure to find home, love and family.

Stone saw the movie as a child; at 5, she used to dance around her family living room to "Once Upon a December," a nostalgic number that helps stir Anya's childhood memories of an imperial ball. 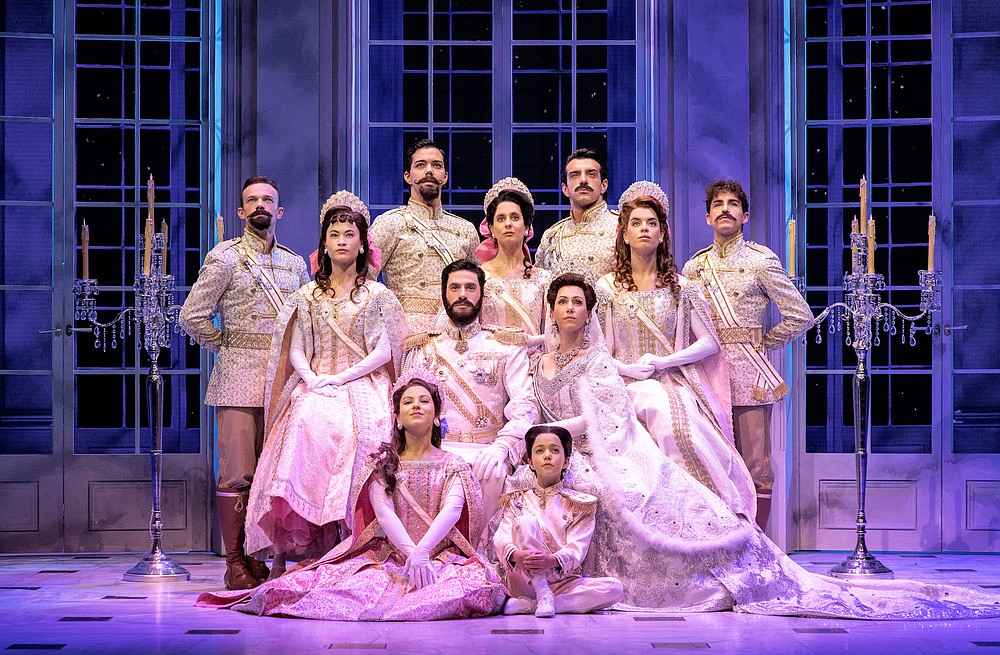 The Romanov family gathers for a pre-revolution portrait in "Anastasia." (Special to the Democrat-Gazette/Javier Naval)

"That's a song I sing every night on stage, and every night — well, with the exception of a matinee last Saturday — the tears just flow," she says.

Watching it register with audiences, many of whom are seeing their first live show since the pandemic began is part of the mystery and magic of Stone's first national touring production. It is, however, not her first show "back" — in mid-pandemic, she got a chance to return to the live stage in a production of "Sweeney Todd," playing Johanna at the Hangar Theatre in Ithaca, N.Y.

She is not, by the way, even the only Anastasia in this show: Two young actresses, Taya Diggs and Marley Sophia, divide the role of Little Anastasia, swapping out from performance to performance. "They're hilarious backstage and magnificent onstage," Stone says, "and they keep us all on our toes," praising their "limitless and boundless energy."

Because this is the national tour, while Stone says all her costumes are brand new, it retains many of the elements from the Broadway production and the original, aborted-by-the-pandemic national tour, the final performances of which in March 2020 were at Fayetteville's Walton Arts Center — costumes, sets, the backdrop projections ("flawless," Stone says) that help establish locations.

"The show goes so many places," she explains. "I wish we could transport to them every night," but of course the expense would be prohibitive even if it didn't involve bringing the audience along, she admits.

Stone, along with the rest of the theatrical world, mourned the death of playwright McNally, who died of covid complications on March 24, 2020. Broadway theaters, idle since then, paid McNally their ultimate tribute, dimming their lights for one minute Nov. 3, which would have been McNally's 83rd birthday.

"It was surreal, doing his show on his actual birthday, and to be in remembrance of him," Stone says.

What: National tour of the Broadway musical, from the creators of “Ragtime” — music by Stephen Flaherty, lyrics by Lynn Ahrens, book by Terrence McNally