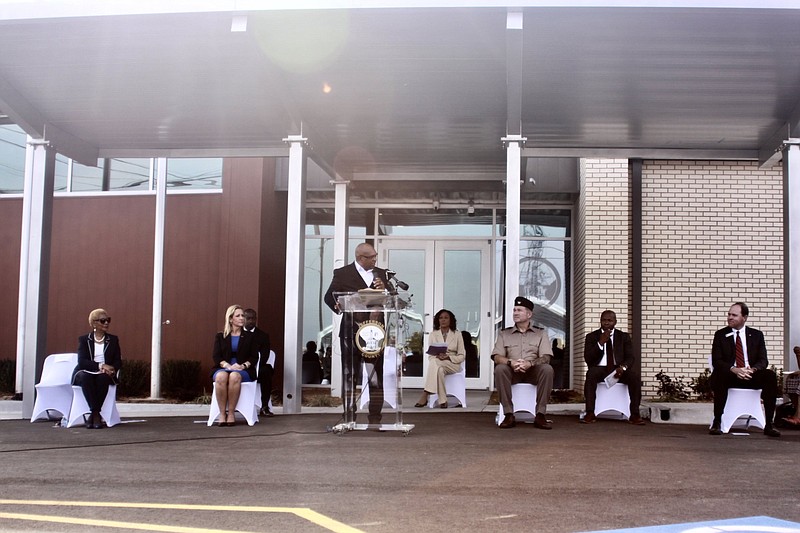 Long gone is the dilapidated structure that once was an embarrassment as the service center for the men and women who served their country in the United States Military.

Lacking the everyday essentials such as functional restrooms, adequate plumbing, heating and cooling for more than 4,000 veterans, Jefferson County's old Veterans Service Office's appeal didn't speak "Thank you for your service," barely capable of serving those in need.

But a new day has come and provided a new dwelling for Jefferson County veterans.

Now stands a structurally sound building that had veterans in awe as they took a tour around the Sgt. Elga Lee Roberts Jefferson County Veterans Service Office Wednesday morning at 114 S. State St. in Pine Bluff.

Though the pandemic kept many furnishings and display items from arriving in time for the grand opening, walking into the entry doors of the 5,191-square foot building is still breathtaking from the architectural structure of the building to the stunning view of the outdoor courtyard.

[Video not showing up above? Click here to watch » arkansasonline.com/1111pbvabuilding/]

Before heading to the receptionist area on the right, a visit to the Edward "Boe" Fontaine Museum engages visitors in the displays of soldiers who are gone but not forgotten.

"Boe was the most decorated soldier in Arkansas who served in the Vietnam War," said Jefferson County Judge Gerald Robinson. "I'm so proud to honor him by naming the museum after him."

Next to the receptionist desk is a state-of-the-art waiting area named the "Simmons Bank Lobby," where visitors can wait comfortably while enjoying the big-screen television on the wall.

The memorial garden courtyard features names of every fallen Arkansas soldier inscribed in floor-to-ceiling windows in the center of the building.

"The person this building is named after was a friend of mine. He was a co-worker," said O'Neal as he read the names on the wall.

O'Neal said he was grateful that now they had a place to gather.

The building features a recreation space with a pool table and flat-screen TVs for the veterans to unwind and socialize.

"This building means everything to me because so many veterans have come through wars, have served and have gone through different disabilities," said Jones. "Now they have a place to be able to come to and meet like-minded folks that may be able to relate to what they are going through and may be able to find the help that they need."

Davis agreed, adding that having somewhere to go to get their grievances taken care of and meeting other veterans was refreshing.

The center will provide daily transportation services to and from Central Arkansas Veterans Healthcare System in Little Rock as well as accommodate local services.

Larry Donnell Jackson, the brother of Sergeant Roberts who is also a vet, said he would often drive himself to Little Rock to receive the services he needed because of the condition of the prior building.

"The Bible says if you don't have nothing good to say, don't say nothing," joked Jackson when asked about the conditions of the old building. "The veterans have a place where they can go now. They don't have to get any transportation because it's right here in Pine Bluff. We don't have to go to Little Rock."

The walls of the building will soon be covered with colorful murals. Furniture and the completion of the museum is expected to be finished before the end of the year.

The building also provides administration offices, a conference room and a breakroom area, all with views to outdoor spaces.

As the sun begins to set and nightfall draws near the memorial courtyard illuminates with hundreds of glass lights mimicking stars, a symbol veterans say could be a fallen soldier whose light is now shining in Heaven.

"Upon completion, this will be a very heartwarming building," Robinson said. "It's going to bring tears to your eyes so please come back."

CORRECTION: The original version of this story included an incorrect name for the old Jefferson County Veterans Service Office. 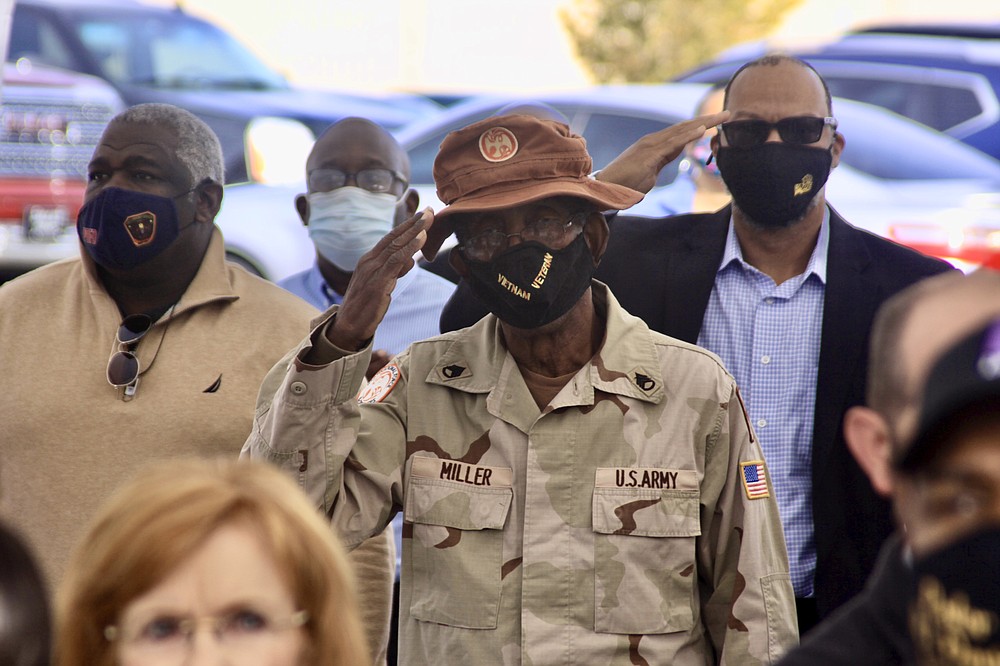 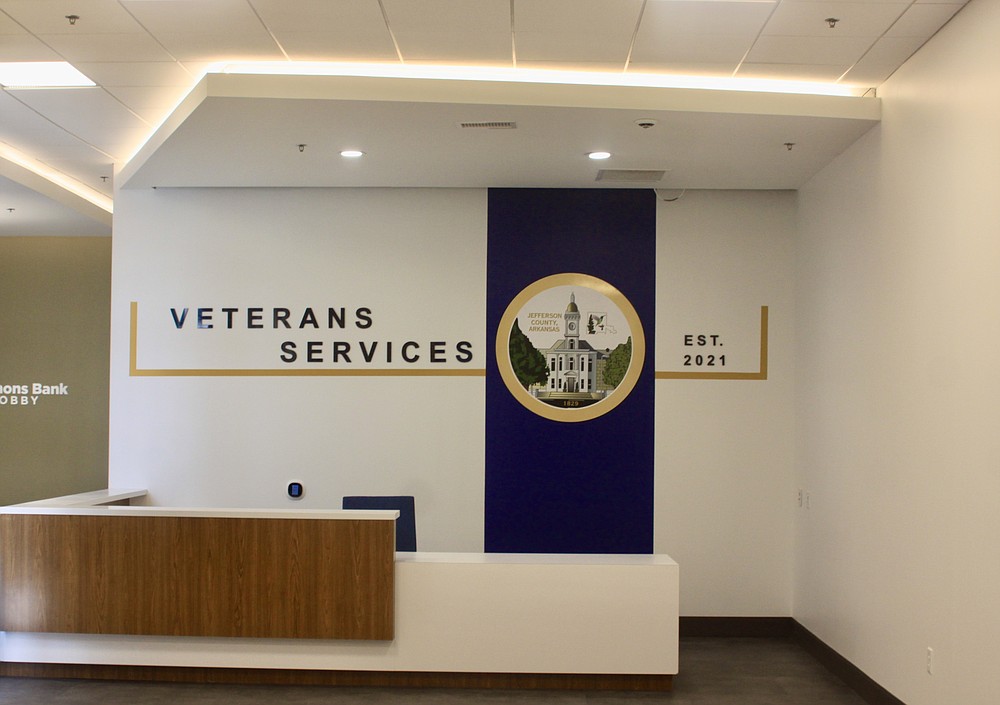