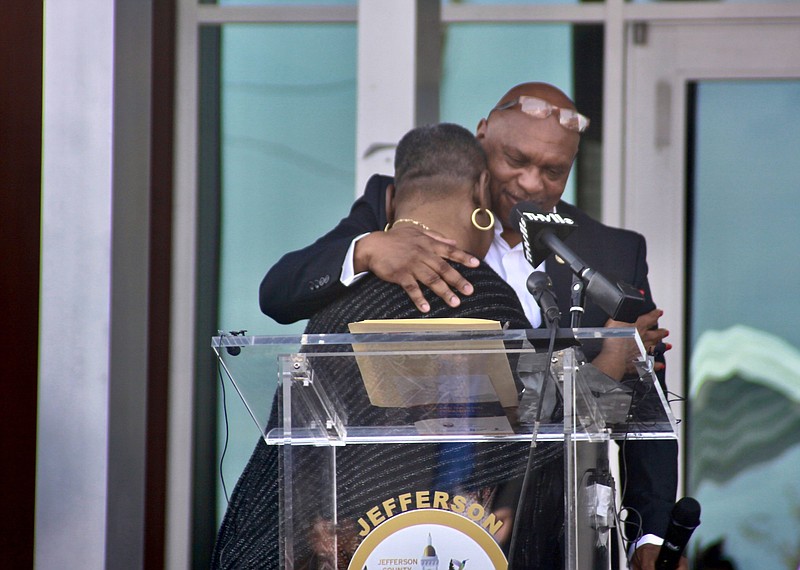 On a beautiful fall Wednesday morning, the day of the 264th U.S. Marine Corps birthday, and the eve of Veterans Day, the Grand Opening Ceremony for the newly constructed Sgt. Elga Lee Roberts Jefferson County Veterans Service Office was underway.

Jefferson County Judge Gerald Robinson had a vision when he realized years ago that a new building was needed.

"In the old building, it was a dilapidated facility such as the bathrooms and the air conditioning and heat did not work the majority of the time," Robinson said. "Half of the time the internet didn't work which was crucial for the office and the building just wouldn't allow us to serve our veterans in the way that they should."

With over 4,000 veterans in Jefferson County alone, Robinson said wanted to honor them by providing a safe haven to come to. Back then he didn't know how it would be done but he said he prayed about it and God answered.

"I got an opportunity to meet with the guys at P3," Robinson, mentioning a real estate development firm. Through that encounter, he learned about a private government partnership through which the county could lease buildings.

As the crowd of 200 grew with city, county, and state dignitaries along with veterans, family and friends, their attention was drawn to the 5,191-square foot building at 114 S. State St. named in honor of the late Sergeant Roberts, an Army veteran of Operation Desert Storm.

The mistress of ceremonies was Michelle Harleston, a former actress, model and retired U.S. Air Force master sergeant who resides in Pine Bluff. Attorney General Leslie Rutledge welcomed the crowd and gave honor to the veterans.

"I know the kind of hurt that Pine Bluff has," she said. "I also know that it's because of that hurt and people in Jefferson County are why we are standing before this beautiful building today to give back."

Robinson, a veteran himself, was overcome with joy and happiness to see his vision come to fruition.

"This day represents a memorial and a dedication to the men and women who have had a great impact in all of our lives," he said. "This building represents partnership, collaboration, and execution."

Roberts and Robinson were good friends. They were members of the same unit located in Pine Bluff and served in Operation Desert Storm together.

"Upon his return from foreign soil and returning home, his life was cut short," Robinson said of Roberts. "What a better way to remember him than by giving him a building for his legacy."

The facility also honors veterans with an interior courtyard memorial recognizing all Arkansas soldiers who gave their lives in war and museum space named after former County Sheriff and veteran Edward "Boe" Fontaine.

Pine Bluff Mayor Shirley Washington recounted the day on Oct. 5, 2020, when the vision was just a pile of dirt as they gathered for the groundbreaking ceremony.

"Judge Robinson and the Quorum Court has shown us how to expeditiously take care of business," said Washington. "We know that this would not have been made possible without the partnership and the work of the Quorum Court and the group behind this building, the P3 Group."

Washington said the facility will stand proudly in Pine Bluff for many years to come as an expression of gratitude.

Dee Brown is the CEO of the P3 Group, the nation's largest minority public-private partnership developer. Brown said they were pleased to have been the developer to have designed, built and financed the project.

"Today is not just a great day for Jefferson County, Pine Bluff, this is a great day for the state of Arkansas and also should serve as a beacon of hope for communities around this world that are underserved and have not been able to provide adequate resources and facilities," Brown said, emphasizing great things can happen when the public and private sectors combine resources.

Brown said 85% of the project was handled by local contractors and vendors.

"That's something that we strive for on every project--leaving the dollars in the community so that those dollars can be reinvested and help the community grow," Brown said. "I'm positive that this project will serve as a catalyst for other projects in this city, community and county."

Simmons Bank Regional Community President Daniel Robinson said when Simmons Bank was approached with the opportunity to support the community, especially their veterans, they knew they wanted to be involved.

"Simmons Bank is honored to provide philanthropic support for the health and wellbeing of our veterans," Robinson said. "We believe in a better-together philosophy and by working with one another we are providing a dedicated space to offer services and honor our veterans who have devoted their lives in service to our country."

Colonel Patrick S. Daulton, commander at the Pine Bluff Arsenal, was the keynote speaker who spoke about a soldier's profession that is "fundamentally dangerous" and how someone young with a promising future can return in bad and dire circumstances mentally, physically and emotionally.

"Years and decades of constant deployment and training come at a cost," Daulton said, adding who said the soldiers learn how to eternalize fear, stress and anxiety. "The men and women in the military and veterans do things that are absolutely amazing but that's in the short term that eventually comes with a price that has to be paid."

Daulton said that's the reason the Veterans Service Office is important because it will provide all the help the veterans may need.

"You go into the service and you learn to immensely reserve the physical and moral and spiritual strength to get you through the now, but the whole time you're building interest up in your body, legs and hips, accruing every day," Daulton said. "The good works that are going to go on inside these walls are here for that purpose -- for veterans and for their surviving family members."

May Catherine White Neal, Roberts' only sister, spoke on behalf of the family. Over 30 family members showed up for the historic occasion including Roberts' daughter, grandson and brothers.

"It's a pleasure and a sadness in my heart to speak of my brother after 30 years," she said. "What a true honor to be at a ribbon-cutting for a building named after him."

Neal said her brother loved his community and his country. He also worked for the police department and the Arkansas Department of Corrections.

Neal said she was surprised one year ago when she found out the building would be named after her brother and seeing the building was overwhelming.

"He's been gone for 30 years but now people in his family who weren't born at the time will be able to walk around and say this was their kin," she said. "I just wish he could have been here to see it." 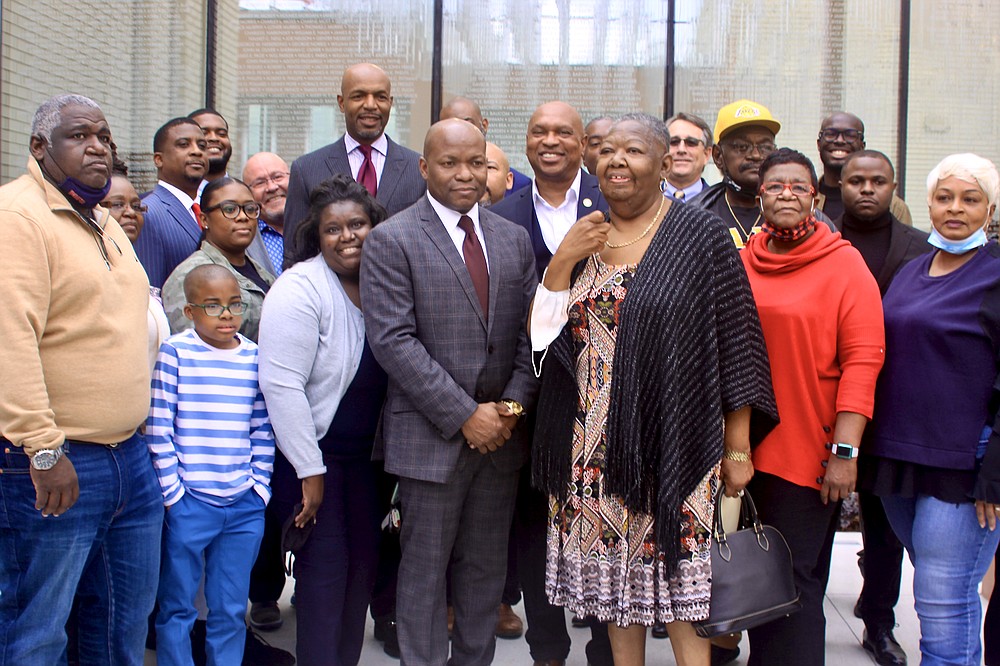