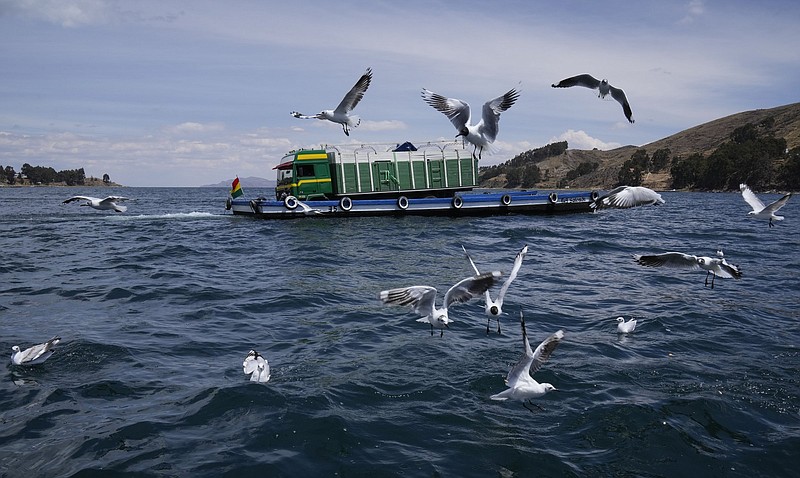 A boat carries a truck on Lake Titicaca Lake in Tiquina, Bolivia, Wednesday, Nov. 10, 2021. The freshwater Lake Titicaca, the highest in the world, is located on Bolivia's border with Peru. (AP Photo/Juan Karita)

The Sothys left a position off Iran's Bandar Abbas port and had reached international waters in the nearby Gulf of Oman early Wednesday, data analyzed by The Associated Press from MarineTraffic.com showed. The vessel appeared anchored there, but there was no information about its crew.

Shahrokh Nazemi, a spokesperson for Iran's mission to the United Nations, told the AP on Wednesday that "Sothys left Iranian waters last night after transferring the oil."

Later Wednesday, Iran's state-run IRNA news agency confirmed the report and said the country's powerful Revolutionary Guard had released the Vietnamese tanker after draining the Iranian oil from it, under a court order. The report did not elaborate on the time.

Vietnamese officials could not be reached for comment, though its officials earlier acknowledged trying to obtain more information about the seizure from Iran.

BEIJING -- Chinese military forces are holding exercises near Taiwan in response to a visit by a U.S. congressional delegation to the island.

The drills in the area of the Taiwan Strait are a "necessary measure to safeguard national sovereignty," China's Defense Ministry said in an announcement Tuesday that gave no details on the timing, participants and location of the exercises.

It said the "joint war preparedness patrol" by the Eastern Theater Command was prompted by the "seriously incorrect words and actions of relevant countries over the issue of Taiwan" and the actions of those advocating the self-governing island's independence.

Foreign Ministry spokesperson Wang Wenbin said China considers the delegation's visit a "serious violation" of U.S. commitments not to have formal relations with Taiwan, which China claims as its territory.

"China is firmly opposed to that and has made solemn representations to the U.S.," Wang said at a daily briefing Wednesday.

The U.S. has strong but informal relations with Taiwan, and tensions have been rising between the U.S. and China over several issues. Details on the U.S. delegation that reportedly arrived Tuesday in Taiwan were not immediately available.

ASUNCION, Paraguay -- Paraguayan police said Wednesday they have detained two Germans and a Chilean suspected of killing a German man and his daughter while trying to get documents proving the authenticity of valuable violins.

Police Commissioner Hugo Grance said four violins believed to have been made by revered Italian luthier Antonio Stradivari were found in the possession of Volker Grannass, a 58-year-old German who lived near the von Bredow residence.

Grance said that von Bredow apparently had left the violins with Grannas during a trip to Germany, and was told when he returned that they had been destroyed in a fire.

Prosecutor Lorena Ledesma, one of the agents assigned to the case, said officials were seeking further evidence because they suspect more people were involved.

ROME -- After days of waiting in the choppy central Mediterranean, a charity rescue ship with 306 migrants aboard on Wednesday received permission by Italy to disembark the passengers just as a storm approached, the humanitarian organization said.

SOS Mediterranee tweeted that those aboard Ocean Viking felt "indescribable relief" that Italian authorities approved disembarking of the passengers in Augusta, Sicily.

The humanitarian group said the port assignment came just ahead of a strong storm bearing down on area of the central Mediterranean where Ocean Viking has been essentially stranded for days while waiting permission to dock.

"States must set up again a mechanism for disembarking to avoid these continuous stalemates at sea," the charity said.

With the anti-migrant League one of the parties in Premier Mario Draghi's broad coalition, political pressure has been strong to discourage the arrivals of migrants rescued at sea by charity ships from unseaworthy vessels launched by human traffickers.

During the covid-19 pandemic, migrants rescued at sea and brought to Italy undergo preventative quarantine, with many transferred to currently unused passenger ferries. 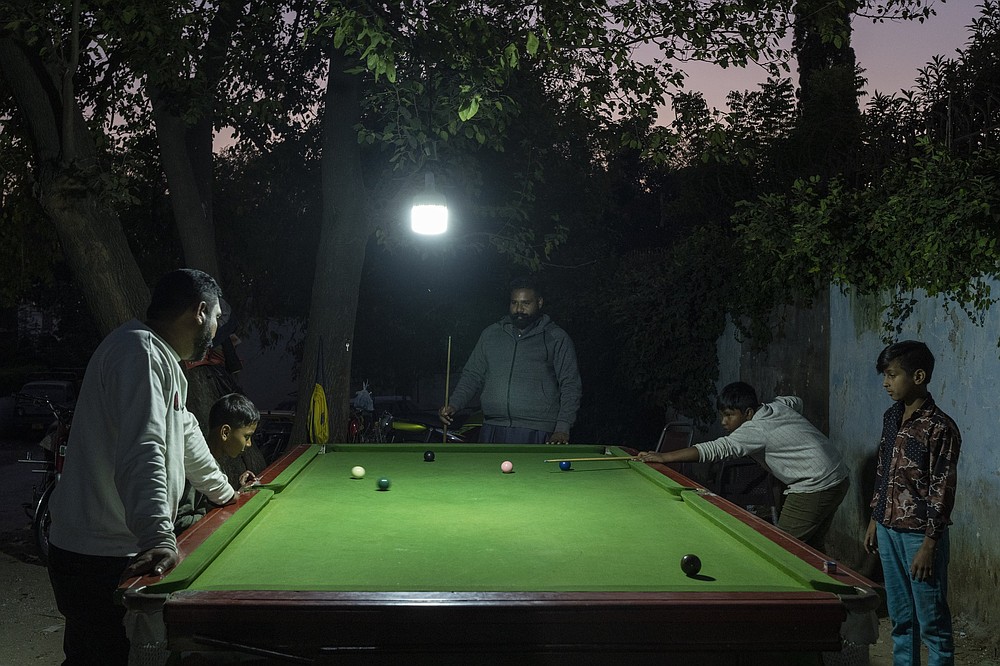